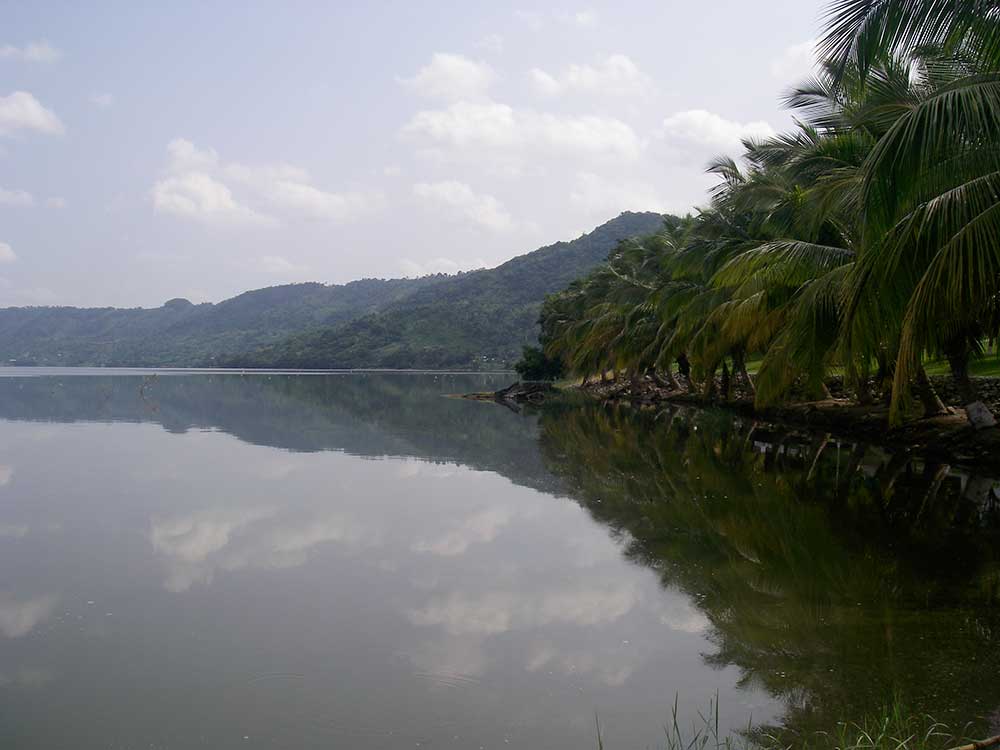 Shoreline vegetation at Lake Bosumtwi, a crater lake in Ghana. Lake Bosumtwi was created by a meteorite impact around 1 million years ago and has been filling with sediments since then. Analysis of the sediment properties and microfossils has revealed insights into past ecosystem change around the crater. Image credit: William D. Gosling

Carbon dioxide is known to have a fertilizing effect on plant growth, and the gas is often added to greenhouse crops to help improve yields.

Climate scientists have suggested that this same CO2 fertilization effect—acting on planetary rather than greenhouse scales—could help offset global warming by promoting the growth of trees and shrubs that store carbon released by the burning of fossil fuels.

It’s also been suggested that this effect is especially pronounced in tropical ecosystems, where elevated carbon dioxide levels are said to favor the spread of woody cover (trees and shrubs) over grasslands that store less carbon.

But this highly influential concept of “tropical greening” due to anthropogenically elevated carbon dioxide levels is difficult to test, and the idea has been challenged recently by findings from long-term observational and experimental field studies.

Now a study of vegetation change in tropical western Africa over the last 500,000 years finds that atmospheric carbon dioxide levels had a surprisingly small effect on the extent of woody cover.

Moisture availability was shown to be the most important driver of woody cover, and wildfire frequency was also a significant factor, according to the study scheduled for online publication May 5 in the journal Science.

“Simply put, we have shown that it does not matter how much CO2 is in the atmosphere if there is not enough water, or there are fires every year, or all the seedlings are eaten by animals,” said study lead author William Gosling of the Institute for Biodiversity and Ecosystem Dynamics at the University of Amsterdam.

University of Michigan climate scientist Jonathan Overpeck is a co-author.

“The benefits of increased CO2 are much smaller than originally thought, but many models of climate-vegetation interaction still overestimate carbon dioxide’s influences and thus underestimate the impacts that continued climate change will have on vegetation,” said Overpeck, dean of the U-M School for Environment and Sustainability.

“Our paper is a nail in the coffin of the CO2-is-dominant hypothesis and will hopefully lead to more realistic models,” he said. “The idea that you can just plant trees to sequester carbon, and those trees will be safe from a hotter, drier climate thanks to elevated atmospheric CO2 levels—that isn’t a safe bet.”

In their study, researchers from the Netherlands, the United States and the United Kingdom explored the relationship between tropical woody cover, atmospheric carbon dioxide concentrations and five other variables known to influence woody cover: fire activity, mammalian herbivore density, moisture availability, temperature and temperature seasonality at Lake Bosumtwi in Ghana over the last 500,000 years.

They used a combination of observed and simulated data obtained from lake sediment cores, ice-core records and a climate model. 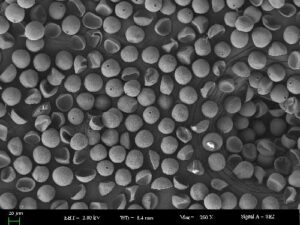 Lake Bosumtwi was created by a meteorite impact about 1 million years ago, and the crater lake has been filling with sediment since then. Lake sediments yielded pollen grains, charcoal fragments, fungal spores and nitrogen-isotope information that helped the researchers piece together a record of past vegetation cover and the factors that influenced it.

“We combined evidence of past environmental change extracted from sediments recovered from Lake Bosumtwi in Ghana with simulated past climate conditions, and the record of global atmospheric CO2 change obtained from ice cores over the last 500,000 years,” Gosling said.

The model allowed the researchers to explore the relative importance of the six drivers of vegetation change. It showed that moisture availability and fire activity were the most important factors in determining woody cover change in tropical forest-savanna transitions, whereas the effect of carbon dioxide was small.

“What is new from our data is that when you scale up to the landscape scale, the resources available and processes occurring within that landscape are more important than the CO2 fertilization,” Gosling said.

The authors say their findings have important implications for the global vegetation models and Earth system models that currently include a CO2 fertilization effect on the vegetation but often do not include factors such as fire or herbivory. Additional research needs to be done to further improve these models, they said.

“Efforts that promote the sequestration of carbon into tropical vegetation must carefully consider the roles of moisture, fire and herbivory if they are to be successful,” Gosling said.

He also noted that the research team used a single study site, and “it is possible that the relationship between CO2 and vegetation elsewhere in the tropics is different.”

In addition to Gosling and Overpeck, the study authors are Charlotte Miller, Timothy Shanahan, Philip Holden and Frank van Langevelde.

Amber Heijboer of the University of Amsterdam contributed to this report.