President Donald Trump is expected to sign an executive order that will include a temporary ban on refugees and a suspension of visas for citizens of Syria and six other Middle Eastern and African countries. 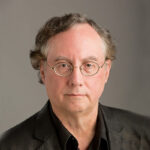 Cole recently wrote on his blog Informed Comment: “Trump’s visa ban, if he does announce one, makes no logical sense. It does not increase U.S. security. It is intended to begin the creation of a hierarchy, whereby Muslims are the low ethnicity on the totem pole in U.S. law and may be freely discriminated against. If Trump announces his invidious policy, it is a day of ethnic hatred. It is a sad day. It is a day on which America harmed itself.” 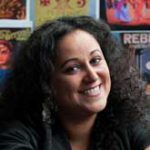 Evelyn Alsultany, director of Arab and Muslim American Studies, is author of “Arabs and Muslims in the Media,” organizer of the Islamophobia Working Group at U-M and teaches courses on Islamophobia, racism and 9/11.

“This is not the first time that a U.S. policy has purported to keep the nation safe from terrorism while ignoring the factors that cause terrorism and promoting anti-Muslim racism,” she said. “Labeling entire countries as terror prone will undoubtedly fuel anti-Arab and anti-Muslim sentiment.” 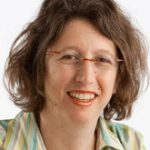 Margo Schlanger, the Henry M. Butzel Professor of Law, is a leading authority on civil rights issues and civil and criminal detention. In 2010-11, she served as the presidentially appointed Officer for Civil Rights and Civil Liberties at the U.S. Department of Homeland Security.

“Banning refugees for even a brief period of time represents an abrogation of our best principles,” she said. “Deciding who are acceptable visitors or immigrants to the U.S. based on their religion is appalling, ineffective and arguably unconstitutional. The Department of Homeland Security already has extremely thorough vetting processes for refugees. The proposal that has made the rounds in draft serves bigotry, not public safety. ”

James Hathaway, professor of law and director of the Refugee and Asylum Law Program, is a leading authority on international refugee law. He is editor of the Immigration and Nationality Law Reports.

“Under international law, any refugee who reaches the U.S.—or even U.S. jurisdiction such as a military base abroad—cannot be turned away on grounds of either ‘religion’ or ‘country of origin,’ he said. The U.S. refugee resettlement program—under which we bring refugees to the U.S. from regions of origin—would also be illegal if it discriminates based on religion, which the Trump proposal appears to do.” 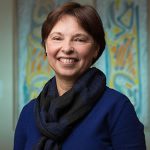 “The rumored directive about refugees is not unexpected but it is nevertheless disappointing, betraying the aspirations to compassion, generosity and leadership that have previously been promoted by the State Department,” she said.

“As far as the refugee restrictions are concerned, it is difficult to know what the real impact would be. The U.S. was set to admit 110,000 UN refugee referrals this year, including up to 10,000 Syrians. This number was never going to make a dent in the worldwide refugee population—now on the order of 16 million—or alleviate much Syrian suffering. But it does throw sand in the eyes of the few thousand desperate and deserving individuals and families who held out hope for this chance to restart their lives.

“In the big scheme, a dramatic reduction in refugee admissions by the U.S. would clear the way for countries like Kenya, Lebanon, Jordan and Turkey to close their doors to refugees. By any measure, these countries have borne the brunt of the refugee flows that extend from wars pursued in the Middle East and Eastern Africa.” 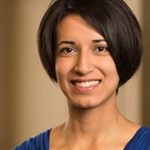 Muniba Saleem, assistant professor of communication studies, examines the influence of media representations on Americans’ attitudes towards Muslims and support for policies relevant to Muslims.

“From my research, we know that negative media representations have a significant effect in influencing Americans’ support for policies harming Muslims, both internationally and domestically,” she said. “Direct contact with Muslims usually produces the opposite effects. However, we know that the majority of Americans report having little to no daily contact with Muslims and report relying on media as their primary source of information about Muslims.”