Two in one: Fossil shells reveal both global mercury contamination and warming when dinosaurs perished 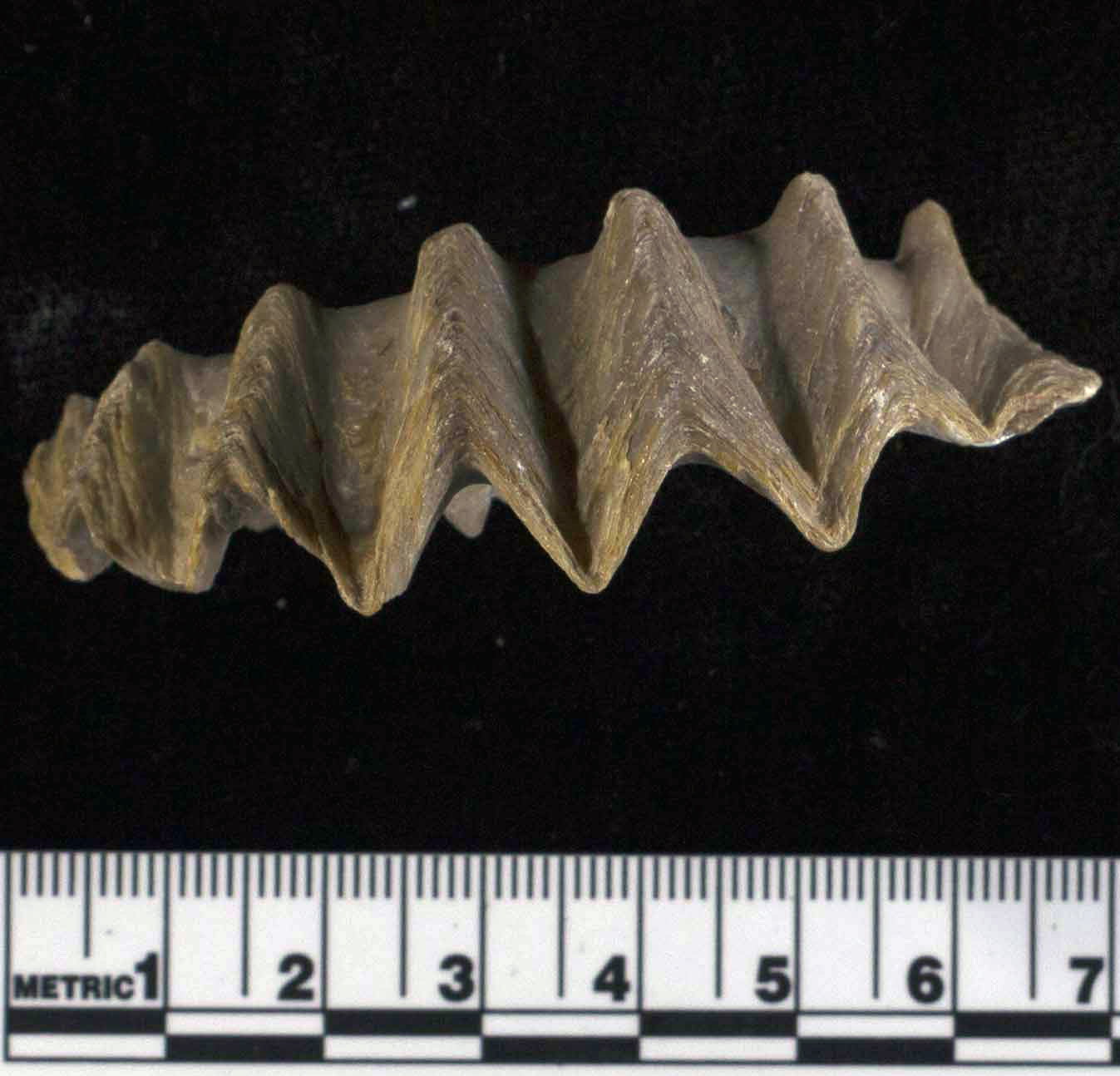 A fossil specimen of the uniquely ornamented extinct oyster Agerostrea ungulata, retrieved from the Fezzan region of Libya and found across portions of Africa, Asia, Europe, and the Middle East. This specimen is 66 million to 72 million years old. Image credit: Kyle Meyer/University of California Museum of Paleontology.

ANN ARBOR—The impact of an asteroid or comet is acknowledged as the principal cause of the mass extinction that killed off most dinosaurs and about three-quarters of the planet’s plant and animal species 66 million years ago.

But massive volcanic eruptions in India may also have contributed to the extinctions. Scientists have long debated the significance of the Deccan Traps eruptions, which began before the impact and lasted, on and off, for nearly a million years, punctuated by the impact event.

Now, a University of Michigan-led geochemical analysis of fossil marine mollusk shells from around the globe is providing new insights into both the climate response and environmental mercury contamination at the time of the Deccan Traps volcanism.

From the same shell specimens, the researchers found what appears to be a global signal of both abrupt ocean warming and distinctly elevated mercury concentrations. Volcanoes are the largest natural source of mercury entering the atmosphere.

The dual chemical fingerprints begin before the impact event and align with the onset of the Deccan Traps eruptions.

When the researchers compared the mercury levels from the ancient shells to concentrations in freshwater clam shells collected at a present-day site of industrial mercury pollution in Virginia’s Shenandoah Valley, the levels were roughly equivalent. 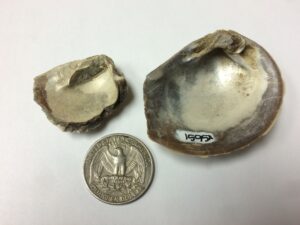 The preservation of Cretaceous mollusk fossils from Seymour Island is excellent, with shells preserving original mother-of-pearl material as in these two specimens of Eselaevitrigonia regina. Image credit: Sierra V. Petersen.

Evidence from the study, which is scheduled for publication Dec.16 in the journal Nature Communications, supports the idea that Deccan Traps volcanism had climatic and ecological impacts that were profound, long-lasting and global, the researchers conclude.

“For the first time, we can provide insights into the distinct climatic and environmental impacts of Deccan Traps volcanism by analyzing a single material,” said Kyle Meyer, lead author of the new study. “It was incredibly surprising to see that the exact same samples where marine temperatures showed an abrupt warming signal also exhibited the highest mercury concentrations, and that these concentrations were of similar magnitude to a site of significant modern industrial mercury contamination.”

Meyer conducted the study as part of his doctoral dissertation in the U-M Department of Earth and Environmental Sciences. He is now a postdoctoral researcher at Portland State University in Oregon.

Mercury is a toxic trace metal that poses a health threat to humans, fish and wildlife. Human-generated sources of mercury include coal-fired power plants and artisanal gold mines. At Virginia’s South River industrially contaminated site, where the researchers collected freshwater clam shells, signs warn residents not to eat fish from the river.

“The modern site has a fishing ban for humans because of high mercury levels. So, imagine the environmental impact of having this level of mercury contamination globally for tens to hundreds of thousands of years,” said U-M geochemist and study co-author Sierra Petersen, who was Meyer’s co-adviser.

The researchers hypothesized that the fossilized shells of mollusks, principally bivalves such as oysters and clams, could simultaneously record both coastal marine temperature responses and varying mercury signals associated with the release of massive amounts of heat-trapping carbon dioxide and mercury from the Deccan Traps. 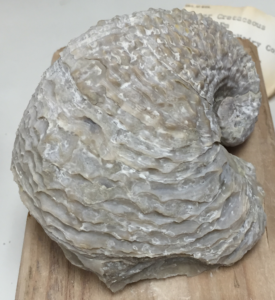 A well-preserved shell of the extinct oyster Exogyra costata, common to the southeastern United States and retrieved from along the Tombigbee River near Moscow Landing, Alabama. This specimen is 66 million to 72 million years old. Image credit: Kyle Meyer.

The long-lived Deccan Traps eruptions formed much of western India and were centered on the time of the Cretaceous-Paleogene (K-Pg) mass extinction, 66 million years ago.

They also measured the amount of mercury in the remarkably well-preserved fossil shells and assembled the first-ever deep-time record of mercury preserved in fossilized biomineral remains.

In previous studies, records of environmental mercury have been reconstructed from marine sediments, providing insights into the timing and scale of the Deccan Traps event. But those records lacked such a direct linkage to the climate response. In the new study, both signals are present in the same specimens—an important first, according to the authors.

“Mercury anomalies had been documented in sediments but never before in shells. Having the ability to reconstruct both climate and a volcanism indicator in the exact same materials helps us circumvent lots of problems related to relative dating,” said Petersen, an assistant professor in the U-M Department of Earth and Environmental Sciences. “So, one of the big firsts in this study is the technical proof of concept.”

The new technique is expected to have broad applications for the study of mass extinctions and climate perturbations in the geological record, according to the researchers.

The other authors of the Nature Communications paper, in addition to Meyer and Petersen, are Kyger Lohmann, Joel Blum, Spencer Washburn, Marcus Johnson, James Gleason, Aaron Kurz and Ian Winkelstern of the U-M Department of Earth and Environmental Sciences. The study was funded by the National Science Foundation and the University of Michigan Scott Turner Award.