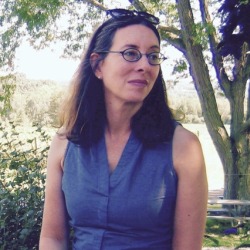 Adela Pinch.ANN ARBOR—Two University of Michigan humanities faculty are among a distinguished group of 173 scholars, artists and scientists from the U.S. and Canada to receive 2017 Guggenheim Fellowships.

The John Simon Guggenheim Memorial Foundation announced today that Adela Pinch, English professor, and Paolo Squatriti, professor of history and romance languages and literatures, both in the U-M College of Literature, Science, and the Arts, received the prestigious honor. Foundation president Edward Hirsch described the fellows as “the best of the best.”

Appointed on the basis of prior achievement and exceptional promise, the successful candidates were chosen from a group of nearly 3,000 applicants in the foundation’s 93rd competition. The funding amounts of the awards vary.

“We are proud to have two faculty members named as Guggenheim Fellows,” said Interim Provost Paul N. Courant. “This award honors their outstanding and innovative work. It is also a testament to the breadth and depth of scholarship at the University of Michigan.”

Her current research project is “Victorian Fiction and the Location of Experience.” This book investigates the writings of the Bronte sisters, Elizabeth Gaskell, George Eliot, and Margaret Oliphant as test cases for theories of literary realism, focusing above all on the ways in which realism may more properly be explored as an affective, psychological structure than as an imitation of life.

“I am thrilled and honored to have received the Guggenheim Fellowship,” she said. “I am honored by the support I’ve received from my colleagues here.” 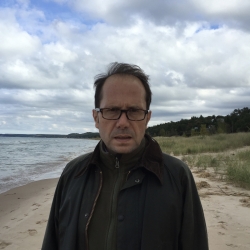 Paolo Squatriti.Squatriti earned a Bachelor of Arts in history from Boston College where he focused his studies on the rural environment. The history of the medieval Italian countryside became his main intellectual preoccupation with his prize-winning 1990 Virginia dissertation, “Water and Society in early Medieval Italy,” published by Cambridge University Press in 1998.

Squatriti previously taught at American universities in Rome, Bologna and New Haven. Two fellowships awarded by the ACLS and others by U-M enabled his research into topics like early medieval European earthworks, the dissemination of chestnut woods in the first millennium AD, and postclassical climate change. His findings were published by several American and British academic presses. His monograph “Landscape and Change in Early Medieval Italy,” won a 2014 American Association for Italian Studies book award. He has been invited to lecture on pre-industrial environmental and landscape history in Italy, Germany, France, Canada and the United States.

As a Guggenheim Fellow, he will analyze the impact on plant communities of such deeply human activities as barbarian invasions, state formation and conversion to Christianity.

“I am pleased and honored to have been selected,” he said. “Since I work on people and environments that have not been around for more than 1,000 years, I expect what I write to interest a few specialists in early medieval European history. Thus, the recognition from the Guggenheim Foundation is a marvelous surprise. It suggests that humanistic study of long past ecological relations has resonance and maybe even significance in the 21st century.”

His colleagues “have responded with wonder and delight, in that order,” he said. “In fact, one of the nicest things about getting the fellowship has been hearing from my very supportive colleagues at U-M and beyond.”

“Each year since 1925, the Guggenheim Foundation has bet everything on the individual, and we’re thrilled to continue to do so with this wonderfully talented and diverse group. It’s an honor to be able to support these individuals to do the work they were meant to do,” he said.

The foundation has granted more than $350 million in fellowships to more than 18,000 individuals, among whom are scores of Nobel laureates, Fields Medalists, Turing Award winners, poets laureate, members of the various national academies, winners of the Pulitzer Prize, and other important, internationally recognized honors.