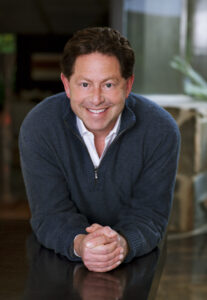 A multimillion dollar gift from Robert “Bobby” Kotick, CEO of Activision Blizzard, will establish a multidisciplinary esports program at the University of Michigan School of Information.

Esports are organized video game competitions played for spectators. The contribution lays the groundwork for an esports minor at U-M by 2022 to help prepare students for careers in the burgeoning esports industry.

Kotick’s $4 million gift will fund a professor to lead the development of the program, combining best-in-class research and instruction in computer science, sports management and user experience, among other disciplines. Under Kotick’s 30-year leadership, Activision Blizzard has become one of the top global developers and publishers of interactive entertainment, best known for iconic franchises including Call of Duty, Candy Crush and World of Warcraft.

“Esports is poised for explosive growth, and I am thrilled to join the University of Michigan to develop a program that will cultivate the talent to meet the needs of this complex and evolving industry,” Kotick said. “Unlike traditional sports, esports is truly a participant sport that anyone can play and enjoy.

“Most of the people watching are also playing—this leads to greater enthusiasm, engagement and truly unlimited potential. University of Michigan combines world-class instruction, research and athletics, making them the perfect partner for a multidisciplinary collegiate program that will help shape the future of esports.”

Video games not only provide popular entertainment and competition among the college crowd, but are also a booming industry with career opportunities across a wide variety of disciplines. Gaming and esports require programmers, game developers, music composers and voice actors for the games, as well as event planners, broadcast producers, announcers for the event play-by-play, marketers and more for competitions.

The esports industry is expected to top $1.08 billion in 2021 on its way to $1.6 billion in 2024, according to the Newzoo Global Esports and Live Streaming Market Report. The fan base is expected to include nearly 729 million by the end of 2021, a 10% increase from 2020. Activision Blizzard boasts nearly 400 million gamers around the world. 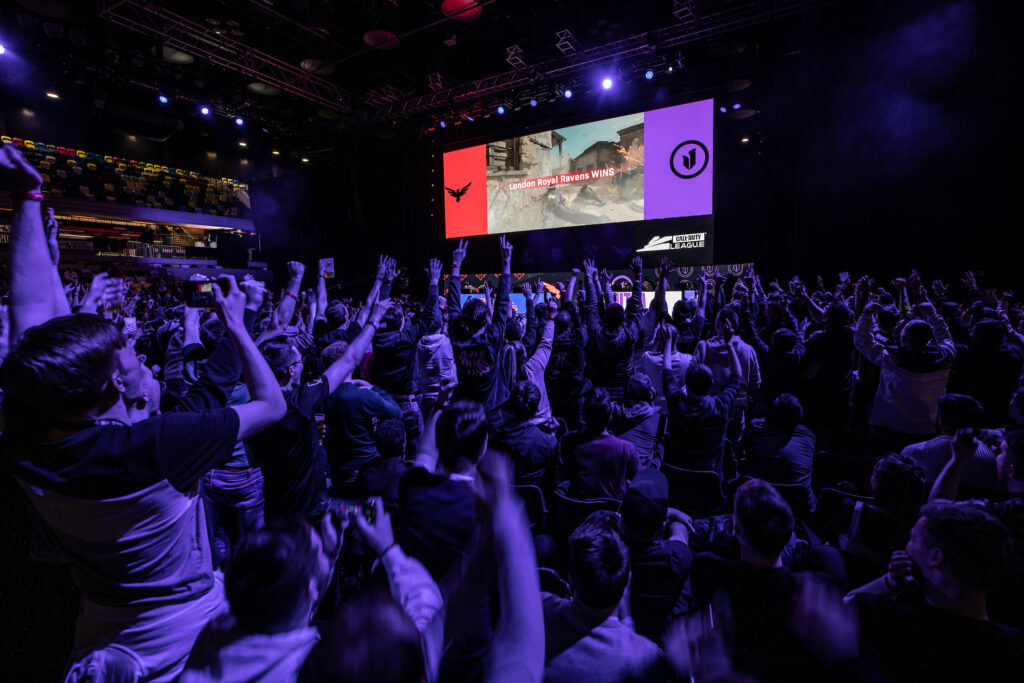 “This generous gift by Bobby Kotick gives us an opportunity to contribute to an understanding of video gaming broadly and esports more specifically as a tremendously important cultural and economic phenomenon,” said School of Information Dean Thomas Finholt. “The time is right; this is the right place to do it. I think it’s a natural fit at the University of Michigan, given our interest as an institution, as a student body and as alumni, in games.”

The School of Information’s research and instruction in data science, human computer interaction, information economics and extended reality will play a role in addressing what Finholt called “critical social and behavioral questions surrounding games and game use, and the design of games.”

The School of Kinesiology and College of Engineering are also early campus partners in the multidisciplinary program, which is expected to attract student interest from across the university’s 19 schools and colleges.

The Kotick gift will fund a new esports professorship position, with a search to begin immediately and a goal to have the leader in place by the conclusion of the 2021-22 academic year. The chair will develop an esports “blockbuster” course, featuring an innovative, multidisciplinary curriculum, to be offered annually beginning in the 2022-23 academic year.

The large-enrollment introductory course will engage students with esports platforms, teams and industry experts. It will cover such topics as the interplay between the video game and esports businesses; the differences between traditional sports and esports as they relate to economics, demographics, underlying products, the competitive landscape and distribution platforms; and the structure of esports leagues and tournaments.

“We’re literally at the edge of the water right now,” said Mark Rosentraub, the Bruce and Joan Bickner Endowed Professor of Sport Management at the School of Kinesiology. “Esports has very different, unique aspects that we need to begin to understand. This is what makes it so exciting.”

More than a half-dozen existing courses have been identified to include in the minor so far, covering topics like data analytics, online communities, UX (user experience), interactive design, economics of sport, sports and media, and game development. Additional areas for study and research include sports management and science; social, developmental and cognitive psychology; game use and design; the role of women in the gaming industry; and indie or independent gaming as creative expression for marginalized groups.

“This is an area that is inherently multidisciplinary, and so it’s a great space to grow into,” said Barry Fishman, the Arthur F. Thurnau Professor of Learning Technologies at the School of Information and School of Education, whose research focuses on video games as models for learning environments.

“It has the potential to connect lots of parts of campus in very productive ways that align with our mission as a public research university, to participate in understanding and building things the public can enjoy and learn from.”

Alex Downs, a double major in business administration and Russian culture and heritage, and student coordinator of UMich Esports, helped the competitive program become an officially sponsored U-M organization. He is graduating in two weeks but hopes to go to law school and pursue a career in esports contracting.

“I think it’s amazing. The creation of a minor is a great step,” said Downs, noting that, like him, many of the students heavily involved with the Rec Sports program, especially those in the program’s leadership roles, have professional esports careers in mind.

“It is really a validation of the profession and it gives our club legitimacy. I think some of the leadership who are graduating are going to be excited and a little shocked—and maybe even a bit frustrated we can’t take advantage of the minor.”

Bobby Kotick is the CEO of Activision Blizzard, a leading global developer and publisher of interactive entertainment, and the longest serving CEO of a public technology company. Activision Blizzard is a member of the Fortune 500 and is a component company of the S&P 500. Their franchises are some of the world’s most popular, including Call of Duty, Crash Bandicoot, World of Warcraft, Overwatch, Hearthstone, Diablo, StarCraft, Candy Crush, Bubble Witch, Pet Rescue and Farm Heroes.

As a U-M art history student in the 1980s, Kotick and a friend started a technology company and developed software for the Apple II computer. Kotick has continued to support the University of Michigan, including a major gift to the U-M Museum of Art during the recent Victors for Michigan campaign.

He is also the co-founder and co-chairman of the Call of Duty Endowment, a nonprofit that helps place veterans into high-quality careers and raises awareness of the value veterans bring to the workplace. Since its founding in 2009, the endowment has helped find employment for over 81,000 veterans. The endowment had its most successful year ever in 2020, placing over 15,000 veterans into high-quality jobs during a time of heightened unemployment.

Additionally, he serves on the boards of the Coca-Cola Co., Los Angeles County Museum of Art and Harvard-Westlake School.