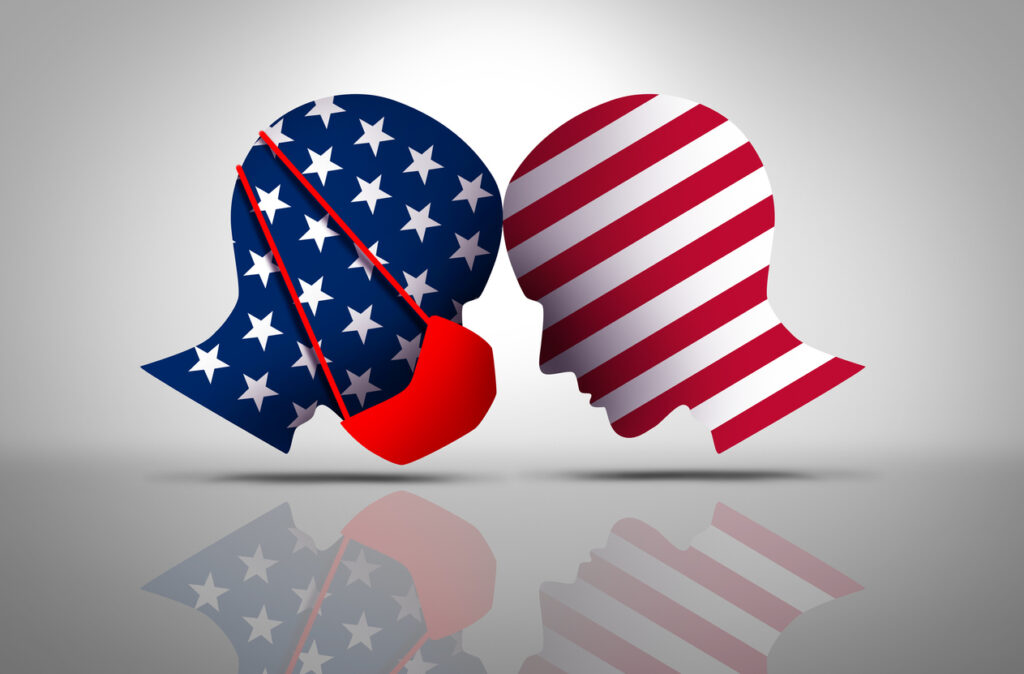 Political persuasion and trust in science have weighed heavily on mask use and compliance with shelter-in-place policies in the U.S. during the pandemic, according to studies co-authored by a University of Michigan doctoral student in economics. 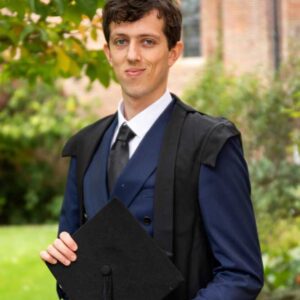 Van Dijcke, whose work with University of Chicago scholar Austin Wright has been published in the Journal of Public Economics and Nature Human Behaviour, says their collaborations have been a classic pandemic partnership: The pair met by Zoom discussing each other’s work and proceeded to collaborate on four papers before meeting in person.

A conversation with Van Dijcke follows.

Do you see these studies as complementary? Does the second pick up where the first leaves off, or fill out the picture?

Yes, they are complementary in the sense that they study different drivers of noncompliance with public health policy during the COVID-19 pandemic in the states: Our Nature Human Behavior paper establishes that science skepticism affected whether people adhered to the stay-at-home orders issued in the first few months of the pandemic, while our Journal of Public Economics paper documents how partisanship was the most important predictor of mask wearing in July 2020.

There are several other studies with complementary findings, for example, showing that partisanship also played a role in compliance with stay-at-home-orders.

Do you see any contradictions between them? I know this is a bit of apples and oranges: focusing on science skepticism and shelter-in-place policies vs. partisanship and mask mandates. But I wonder how important is this distinction?

That’s an important question. We put a lot of effort into making sure that the mechanisms we study—science skepticism and partisanship—were indeed the real drivers of this noncompliance, and not proxies for some other underlying causes. In particular, there is a strong correlation between both mechanisms: Republican-leaning voters tend to be more skeptical of scientific authorities and expertise, and so one could easily think that the noncompliance with these public health mandates we study is driven completely by either one or the other.

For that reason, in both studies, we allow for the possibility that there are these other factors also influencing noncompliance: science skepticism, partisanship, education, income. In our Journal of Public Economics paper, we even allow for the number of bowling organizations to affect mask wearing. Nonetheless, we consistently find that science skepticism and partisanship played an important, independent role.

When it comes to comparing mask-wearing to shelter-in-place policies, our findings suggest they are in some sense two different aspects of the same phenomenon: compliance with public health policies. For example, in our Nature paper, we also document a strong positive correlation between science skepticism and mask-wearing, although data limitations didn’t allow us to study that further.

As I mentioned, there is also a body of recent research looking at the role partisanship played in the efficacy of the shelter-in-place policies. An important distinction between both policies, however, is that shelter-in-place policies incur substantial economic and societal costs to achieve reduction of viral spread, while mask-wearing essentially does not incur any costs, even as a rapidly expanding body of scientific work has demonstrated that it can be very effective in slowing the virus down.

In that light, it is somewhat surprising that we found such an important role for partisanship in mask-wearing: There appears to be no material reason to strongly oppose it, beyond signaling that you belong to a certain political tribe. It is true that at the start of the pandemic, there was some uncertainty around face masks, with some scientists worrying about self-infection and the World Health Organization recommending against their general use. That initial ambiguity may have opened the way for the subsequent politicization that we document, though that is mostly speculation.

For many, these studies will confirm what they thought to be true but backed by rigorous research. What was your reaction to the findings? What surprised or jumped out at you, if anything?

We did not expect to find, however, that partisanship is a more important predictor of mask-wearing than any other factor we could find data on. That really struck us. It also immediately informs policy: Fix the politicization of mask-wearing and you will start seeing a whole lot more masks around.

I think that’s where the contribution of this kind of research really lies: to provide solid empirical evidence for the drivers of politico-economic issues, and to put precise magnitudes on the importance of these drivers. It’s easy to say, based on anecdotes, “X has been an extremely big issue during the pandemic.”

Our work puts nuance on the following statements: How big of an issue is it? Is it really an issue, or is it masking some other underlying problem? How can policy mitigate the detrimental effects of X? That is something for which you need good data, good statistics and careful research.

You and your co-author, Austin Wright, also published a working paper last year that found Americans who attended the Jan. 6, 2021, rally-turned-riot around and within the U.S. Capitol were more likely to have traveled there from Trump-voting islands and areas with chapters of the far-right, extremist Proud Boys organization. There is a rich vein of research here. What attracts you to it and where do you see it going?

We had two main objectives with that piece of research. First, we wanted to show how one can use mobile device data to move the study of protests and collective action forward. So far, researchers have mostly relied on surveys and social media to look at who participates in collective action and why.

While those can be useful sources of information, they are often incomplete and biased. Not everyone who participates in protests, riots or the like is willing to tell statisticians about it, or posts on social media about it. With mobile device data, however, you can paint a more representative picture, and we show how researchers can do that using anonymized, aggregated mobile device data that respects individuals’ privacy.

Second, we then applied these methods we developed to study what we consider to be a historical moment in contemporary American politics: the storming of the Capitol on Jan. 6. By linking the device data with anonymized and aggregated Census data, we were able to look at what types of neighborhoods the devices were coming from. This allowed us to map out the political geography of this culmination of partisan division, to try and find out what made people attend this event.

As you mentioned, one of our main results is that we found that people who lived in Trump-voting areas that were surrounded by more Clinton-voting areas were more likely to have attended the rally and subsequent insurrection. Though there is a body of work in sociology on the effects of negative intergroup contact, this type of geographic political segregation has really not been studied before, and so our focus going forward is on trying to understand it better, especially how it may lead one to attend protests aimed at contesting free and fair election results.

The main takeaway for public policy and American society, in my opinion, is that there is an urgent need for the safeguarding and development of mechanisms that are immune to disagreement and division. For public health policy, for example, we provide several examples from the literature on science communication, which has found that actively preempting science skepticism and misinformation in the communication and implementation of public policy can help facilitate compliance with such policy by citizens.

In that case, it is really crucial to know what type of division and disagreement may undermine policy so it can be addressed from the get-go and is not allowed to fester. In the case of the storming of the Capitol and the upholding of the election result, democratic institutions have, to some extent, held up, but I think it is clear that there is a lot of work to do in further immunizing them to future attacks.