U-M expert on redistricting: The road back and ahead

The Michigan Independent Citizens Redistricting Commission is nearing the end of its work to draft new maps in an effort to end partisan gerrymandering.

The mission was straightforward—use an independent commission instead of the state legislature to redraw state and federal legislative districts as approved by state voters in 2018—but the work has proven to be challenging. 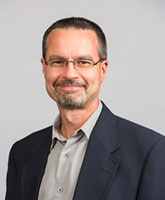 Tom Ivacko, director of University of Michigan’s Center for Local, State, and Urban Policy, has had a front-row seat since the beginning. He and his colleagues have provided training and educational materials and sessions for the commissioners and hosted commission meetings in September and November.

He shares his observations on the process and commission’s progress, including the highs and lows, and what might lie ahead.

What are your thoughts on the commission’s work to date?

It’s hard to summarize, because the commission has done so much work over the last year. First, our evaluation scale has to be realistic: There’s no such thing as a perfect state district map, and even if there was, probably a third to a half of the state’s residents would be unhappy with it.

In addition, the commission’s work was delayed by months because of U.S. Census delays, a serious timeline crunch. The MICRC also has to follow a set of complex, layered and prioritized criteria in designing the districts, even while some of those requirements are nebulous, such as how to handle Communities of Interest.

Finally, the commission has received thousands of suggestions from residents and groups, much of it competing and conflicting. They have faced a learning curve and made mistakes, but how have they done so far? On a realistic scale, pretty well, all things considered.

They haven’t done everything as well as possible—there have been shortcomings. But they appear to have been overwhelmingly transparent in their work, notwithstanding one closed-door meeting with their legal advisers. Commissioners have actively reached out to engage the public in the process, and they have spent quite a bit of time discussing the feedback.

As a group, they have learned a great deal and have become adept at map-drawing. The commission has done a pretty good job of trying to improve partisan fairness, though many observers think they have fallen short. They purposefully ignored where Michigan’s current incumbent politicians live, so as not to give them any unfair advantages. They have borne the brunt of harsh criticism from all sides and carried on. And they’ve tried to address the other criteria they face too, including the Voting Rights Act, which has been challenging.

They have faced a tall order, especially with this being the first time out for Michigan’s new approach. While the commission has hit a number of bumps in the road, they could have gone off the rails at multiple points over the last year, but so far they have remained largely on track and have kept moving toward respectable maps.

Where have you seen the will of the voters upheld and where has it fallen short? Both Democrats and Republicans, for instance, have called out the commission for closing a session to the public when it was constitutionally required to conduct all of its business in open meetings.

In approving the state’s new approach to redistricting, the voters in 2018 asked for transparency and basic fairness in this process. As noted above, I think overall the MICRC has performed pretty well on those big picture goals, although we’ll have to reserve final judgment until we see the final maps they adopt.

In terms of transparency, it’s true there was one incident where the MICRC went into closed-door session with their legal counsel, to hear or discuss issues related to the Voting Rights Act and the history of discimination in Michigan. People on the left and the right of our political spectrum were upset about the lack of transparency for that meeting. The commission has also kept 10 memos from disclosure, with claims of attorney-client privilege, and that’s tough to reconcile with its charge to work completely in the open. But it’s important to also note that probably 99% of the commission’s business has been done in the open, with the public encouraged to participate on site, and all of their work livestreamed online. By comparison, the last few rounds of redistricting have been done behind closed doors, with very little if any transparency or citizen engagement.

Meanwhile, one of the bigger challenges the commission has faced is how to handle the concept of Communities of Interest, a new idea for Michigan redistricting, with a vague definition open to wide interpretation. At various times in their work they have paid more or less attention to the COI issues, and they never found a systematic way to deal with the very extensive input they received. While they used hard data and metrics for evaluating other criteria including equal population across districts, compact district shapes and partisan fairness, they never found a successful way to convert all of the COI-focused input into data that could more objectively guide their work. Because of that, much of the focus on COIs has felt ad hoc, subjective, incomplete and not very satisfactory, overall.

Do you see a path forward here that all can embrace, or at least accept?

Despite working pretty well as a group overall, there has been some friction. Each commissioner brings a different perspective, background and mode of thinking to this process, and that can make it hard to find common ground.

However, I think they are all committed to the responsibilities they accepted, and want to produce maps that will withstand any potential lawsuits and that show Michigan’s new approach can work. I won’t be surprised if they fall short of complete consensus on the maps they end up adopting, but I suspect a strong majority will support the final maps in the end.

As for Michigan’s residents, however, I think few will be completely happy, most will be relatively satisfied, and a significant number will be very disappointed with the outcomes.

How does CLOSUP plan on evaluating the commission’s recommendations following the final deliberations?

CLOSUP is working with our colleagues at Michigan State University’s Institute for Public Policy and Social Research on a project funded by the Joyce Foundation to evaluate the work of the commission, including both the maps they adopt and the process they’ve used to produce them. IPPSR has already produced an interim evaluation report and they’ll release an updated version after the final maps are adopted at the end of the year.

Meanwhile, most of the public testimony that has been submitted over the last year is currently stored in PDF transcript documents, so CLOSUP has a team of students converting that testimony into a database format that can be used for research to see how public feedback is or isn’t reflected in the maps. As with all our work, we’ll make the data available for any interested researchers, and we expect to engage U-M students with that research over the coming years.

Finally, we expect to bring redistricting experts together for a final webinar in our four-part series to help us all understand how well the commission performed, and whether they have suggestions for how to improve the process for the next time around.