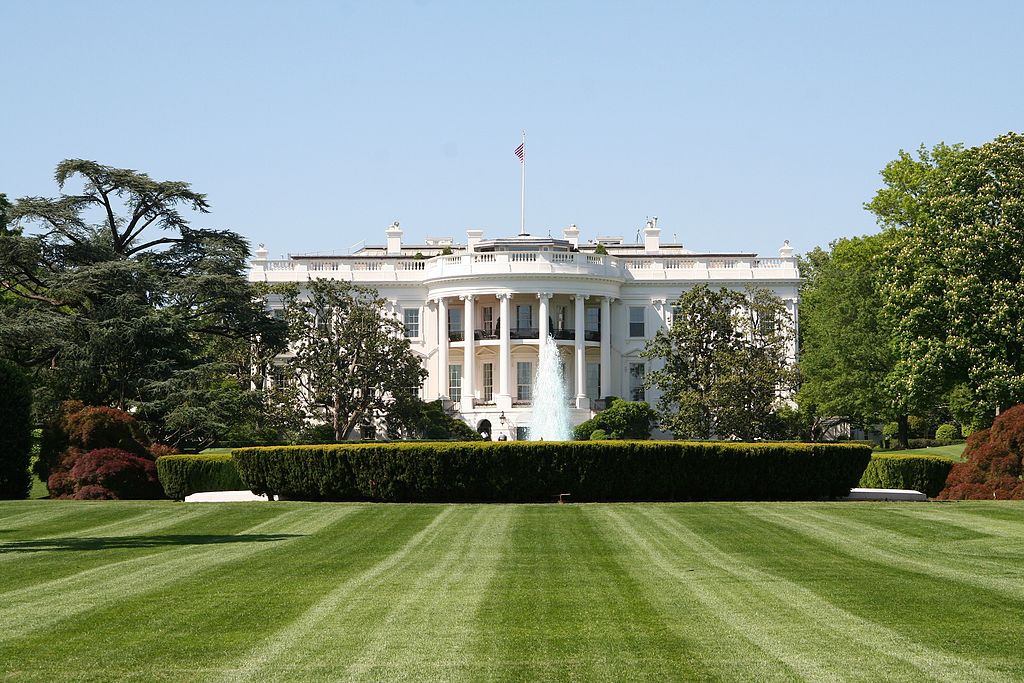 The University of Michigan has experts available to discuss the announcement that President Donald Trump tested positive for COVID-19.

“The biggest question is how symptomatic he becomes – that’s one of the most vexing things about this virus. The second question is how much we are told about his condition. We have very different expectations about the medical privacy of presidents and top candidates now than we did for much of American history. Today, there’s a sense that voters have a right to know about the health of the person we’re electing for the most powerful position in the world, and that candidates have an obligation to be forthright.”

Markel led a major effort to study the measures used by cities to mitigate the 1918-1919 flu pandemic, and is the author of “When Germs Travel: Six Major Epidemics That Have Invaded America Since 1900 and the Fears They Have Unleashed.” He has written essays for the PBS Newshour website about presidential health concerns, including Woodrow Wilson, Franklin D. Roosevelt and John F. Kennedy.

John Ciorciari is an associate professor of public policy and director of the Ford School of Public Policy’s Weiser Diplomacy Center and International Policy Center. He can discuss the international implications of Trump’s diagnosis and how this election is perceived by other audiences.

“Trump’s diagnosis reinforces international perceptions that he and many around him have not taken the disease seriously enough. His quarantine also throws an already turbulent election season into further disarray. In these troubled times, the world would benefit greatly from a smooth U.S. electoral process that demonstrates the durability and resilience of American democracy. Trump’s illness casts even more doubt on that prospect, already dim after a disgraceful first debate.”

Jonathan Hanson is a lecturer in statistics for public policy at the Ford School of Public Policy. As a specialist in comparative political economy and political development, he examines the effect of political institutions on economic performance and human development.

“Much depends on whether Trump will have significant symptoms, of course, but one possible outcome of this diagnosis is a change in the politics surrounding how the nation deals with the crisis. For months, the president has downplayed the outbreak, questioned the value of wearing masks and even criticized governors who have taken measures to bring the virus under control. The fact that the virus has reached the Oval Office may bring an end to fighting the virus through wishful thinking.

“There’s little doubt that Trump wanted the election to be about other issues, such as episodes of looting and violence in some places. This positive test puts his management of the pandemic front and center, making it very difficult for him to change the subject.”

Aaron Kall, Michigan debate expert, attended Tuesday’s presidential debate in Cleveland, where all attendees were tested for COVID-19 by the Cleveland Clinic and were required to show negative results for admission. Everyone was required to wear a mask at all times, but some declined.

“The political impact of President Trump’s coronavirus diagnosis won’t be immediately apparent. It was only a few days ago when he mocked Joe Biden on the Cleveland debate stage for wearing a face mask too frequently. There is always a chance this new reality could cause President Trump to have an epiphany and pivot to an encouragement of national standards regarding masks and social distancing, but this would be quite a reversal from his previous position. If history is any guide, a doubling-down of coronavirus skepticism is more likely, especially if the president’s health remains fairly positive during this episode.”

Ken Kollman is the director of the Center for Political Studies at the U-M Institute for Social Research and the Frederick G. L. Huetwell Professor and Professor of Political Science. His research focuses on political parties and organizations, elections, lobbying, federal systems, American politics and comparative politics.

“All indications are that there’s not much moving voters into and out of the Trump or Biden columns at this point, and the election will come down to turnout and how well voter suppression has worked for the Republicans. But it is true that we’re in uncharted waters with the diagnosis of the president and first lady. If the president gets very sick, then we face constitutional questions and perhaps acts of Congress on the conduct of the election. If he is mostly asymptomatic, then it will have its greatest impact on the limits on his campaigning.”

Cliff Lampe, professor of information, can address the way the president’s diagnosis was disclosed to the nation and world. Trump tweeted it overnight rather than releasing it through an organized press event or official health source, as might be expected. Lampe studies the social and technical structures of large-scale technology-mediated communication, working with sites like Facebook, Wikipedia, Slashdot and Everything2. He has also been involved in the creation of multiple social media and online community projects. His current work looks at how the design of social media platforms encourages moderation, misinformation and social development.

“One of the interesting effects of the president being able to address people directly through Twitter is that it allows people to map their biases to his communication intentions. What we see right now is almost a Rorschach test of how people are perceiving the state of trust in information based on their feelings of candidates.”

“Whether or not an individual public figure or celebrity has a mild, severe or fatal case of COVID-19 does not change what we scientifically already know about this virus. The number of cases and deaths from COVID-19 are on the rise in the United States; we have 4% of the world’s population and 25% of its COVID-19 cases. COVID-19 is already the third leading cause of death in Michigan and many other states this year. The facts remain that this illness can cause severe, lingering illness or death in many who contract it, and that we cannot get our businesses, schools, health care facilities and communities back in shape unless the virus gets under control through public health interventions. This includes the continuation of public health policies focused on physical distancing, wearing masks, density controls in businesses, limits on gatherings, and rapid testing and contact tracing.”

Preeti Malani, professor of internal medicine and U-M chief health officer, has training in both geriatrics and infectious disease, directs the National Poll on Healthy Aging, and is involved in U-M’s campus-wide response to COVID-19.

“I’m wishing President Trump and the first lady a swift and full recovery. One important observation is that testing alone does not prevent COVID-19. Frequent testing does not eliminate the need to wear masks and practice social distancing.”

Josh Pasek is an associate professor of communication & media and political science, faculty associate in the Center for Political Studies and core faculty for the Michigan Institute for Data Science at the University of Michigan. His research explores how new media and psychological processes each shape political attitudes, public opinion and political behaviors. Current research explores how both accurate and inaccurate political information might influence public opinion and voter decision-making and evaluates whether the use of online social networking sites such as Facebook and Twitter might be changing the political information environment.

“Trump’s diagnosis adds another wildcard to quite a year. In a typical year, Americans would congregate together to pray for the president’s quick recovery from a dreadful disease. But in the current conspiracy-theory fueled cauldron of political animosity, many Americans are likely to react to the news along partisan lines. Some Democrats will attribute this to what they view as wanton carelessness on the part of the president, and a few may even speculate that the diagnosis is some kind of political ruse, distracting from negative coverage of the debate performance. Republicans, on the other hand, may be split between the desire to view an eventual recovery as evidence that the disease has been overblown and questions about how, exactly, the president was infected, and whether Democrats somehow had something to do with it. Like everything else in this political year, this is poised to add more fuel to the fire.

The implications of this diagnosis go beyond Americans’ perceptions of the candidates, however. They also have enormous implications for the campaigns themselves and for the strategy that they employ. Both major party candidates will need to tone down their in-person campaigning during these critical few weeks of the election, while many Americans are already voting. If the president’s condition worsens, which is not unlikely given his age and health, this diagnosis may also have troubling implications for the election itself. While there is some precedent for changing candidates between ballot printing and Election Day, this would be at a level never before seen. A lot is going to depend on what happens in the next few weeks.”

Michael Traugott is a research professor emeritus of the Center for Political Studies and the Survey Research Center as well as a professor emeritus of political science and communication studies. Traugott studies the mass media and their impact on American politics. This includes research on the use of the media by candidates in their campaigns and its impact on voters, as well as the ways that campaigns are covered and the impact of this coverage on candidates. He has a particular interest in the use of surveys and polls and the way news organizations employ them to cover campaigns and elections.

“Coronavirus cases in the White House will upend the remainder of the campaign. While we can identify key areas where the effects will be felt, it is too early to consider what the magnitude of the effects might be on candidate assessments and voting patterns. With only 31 days left in the campaign and the president facing up to two weeks of quarantine, the level of personal campaigning (rallies and fundraising) by both candidates will be reduced. If the debate series continues, the possibility of an online environment rather than side-by-side appearances on a stage is more likely, especially for the next two debates (Pence-Harris and Trump-Biden). Because of the impact of these factors on candidate preference as measured in polls, journalists should be careful about talking about the shifting dynamics of the campaign.”

Joseph Eisenberg, professor and chair of the Epidemiology Department at the School of Public Health, is an expert on infectious disease epidemiology. He can discuss the spread of SARS-COV-2, best mitigation practices and risks associated with traveling by plane.

Richard Primus, professor of law, is an expert in the law, history and theory of the U.S. Constitution and a former clerk to Supreme Court Justice Ruth Bader Ginsburg. He can discuss the 25th Amendment if Vice President Mike Pence becomes president if Trump cannot fulfill his duties.