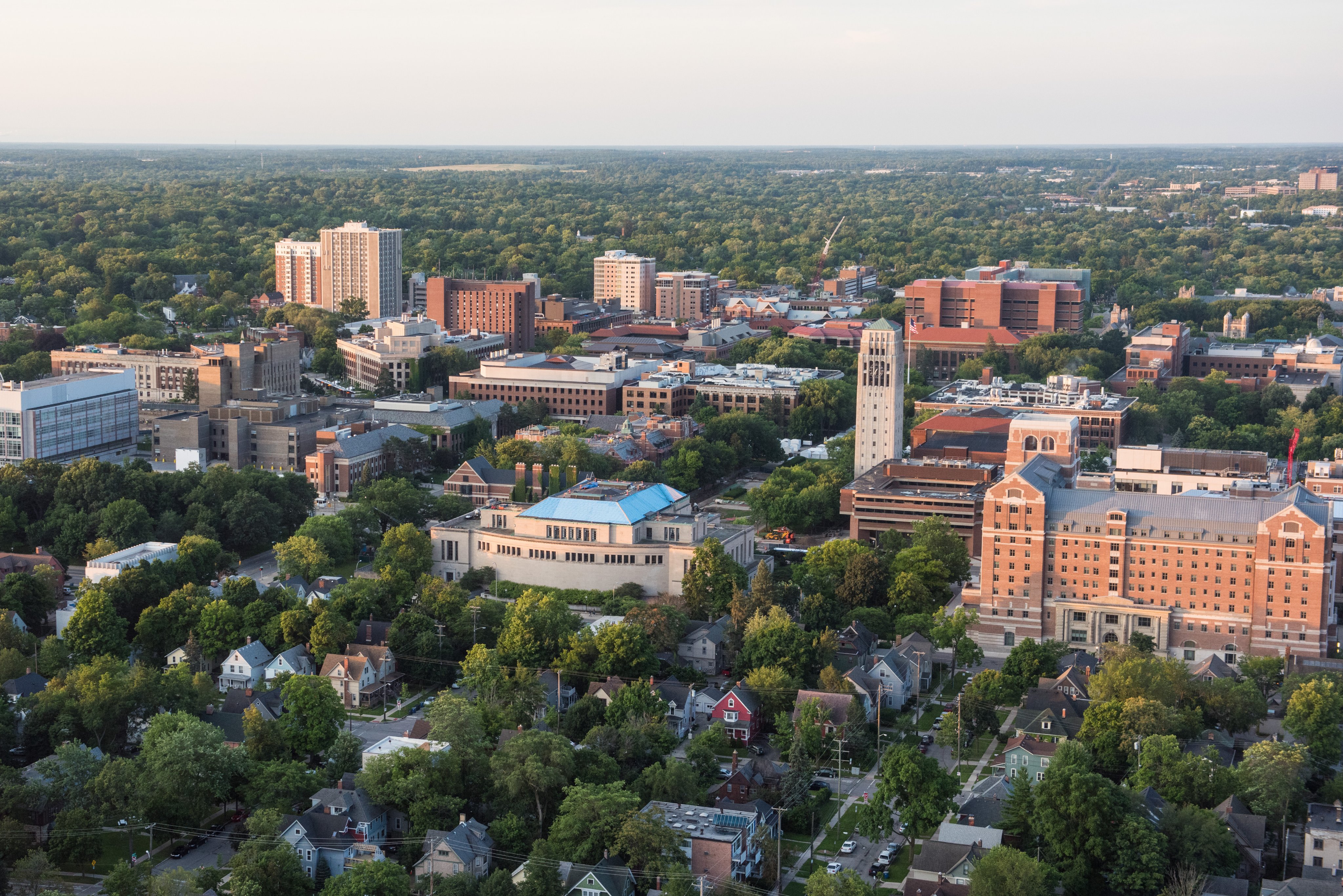 ANN ARBOR—Stephanie Steiner never imagined a University of Michigan education was within her reach. It was just too prestigious. Too expensive. And, at the age of 31, too late.

To be certain, Steiner’s path to U-M has not followed a traditional route. At the age of 20, when others were busy completing their junior year of undergrad, Steiner was busy raising her daughter, Layla.

“Right then in my life, I was just working hard and trying to pay the bills,” she said.

When Layla started elementary school, Steiner got a job at the same school, working as a paraprofessional for a number of years. The Ypsilanti woman fell in love with the classroom and eventually decided to pursue a career as an elementary school teacher, earning an associate’s degree from Washtenaw Community College last winter.

Along the way, Steiner had a second daughter, scheduling her birth to coincide with WCC’s Thanksgiving break so she wouldn’t have to miss much school. Nearing the end of her associate’s program, Steiner said she started to explore her options for transferring to a four-year university to complete her bachelor’s degree.

“I honestly never thought I could go to U-M,” Steiner said. “But then I heard about the Go Blue Guarantee.”

The information came from one of her husband’s relatives who had recently graduated from the College of Engineering. She looked into the financial aid program, realized she qualified and took a shot.

In that regard, Steiner is like many others who have responded to the Go Blue Guarantee’s promise of free tuition for in-state students whose families earn less than $65,000 and have assets totaling less than $50,000.

At a time when application rates to most state public universities have decreased as demographic changes have led to fewer high school graduates across the state, U-M applications have increased 10% among students whose families earn less than $75,000 since the guarantee took effect.

This year, more than 22% of new in-state undergraduates are from families with incomes below $65,000. Of those students, more than 88% are paying no tuition as a result the Go Blue Guarantee and other loan-free institutional financial aid.

“For years, our central message to students and their families across the state has been that your financial means should not determine your access to a University of Michigan education,” said Kedra Ishop, vice provost for enrollment management. “What our enrollment this fall shows us is that this message is resonating more each year. We still have much progress to make, but I’m confident we’re moving in the right direction.”

The Ann Arbor campus once again received a record number of applicants for the fall 2019 freshman class, with the rate leveling off at about 100 more applications than last year, further signaling the state’s decreasing high school graduation rate. From 64,972 applications, U-M offered admission to 14,883 freshmen. Of those offered admission, 6,830 enrolled, making for a freshman class slightly larger than the previous year.

“As we’ve seen year after year, the number of highly qualified students interested in the University of Michigan continues to far exceed our capacity,” said Erica Sanders, director of undergraduate admissions. “Our holistic application review process has become increasingly essential to identifying the students who have both a record of achievement and a strong interest in U-M and its mission.”

The university’s steady growth in the number of first-generation and underrepresented minority students continued this fall.

Over the past five years, enrollment figures have shown significant growth in the number of freshmen who identify as two or more ethnicities where at least one of the ethnicities includes black, Hawaiian or Native American, from 1.6% in fall 2015 to 3.5% this fall.

Students who are the first generation in their family to attend a four-year college or university make up 15.3% of the new freshman class, up from 14% last year and 8.7% in 2015.

Transfer-student enrollment increased by 2.5% to 1,278 students, with 32 more students transferring to the Ann Arbor campus than last fall.

And among them is Stephanie Steiner. She is now a junior in the School of Education, balancing a 15-credit course load with the life demands that come with being “nontraditional.”

She’s paying no tuition under the Go Blue Guarantee, eliminating a barrier that would have otherwise made a U-M education financially unfeasible for her and her family.

Steiner said her daughter, Layla, sometimes tags along to her evening classes. She loves telling her friends at school about how she “takes notes” in a college course.

After more than a month of classes, any thoughts Steiner once had about what was or wasn’t within her reach are being replaced by excitement about what lies ahead, both at the university and when she enters the classroom in a couple years.

“I was accepted and here I am, a junior at U-M,” she said. “I couldn’t be happier to be at such an amazing school, and I’m just so optimistic about my future.”