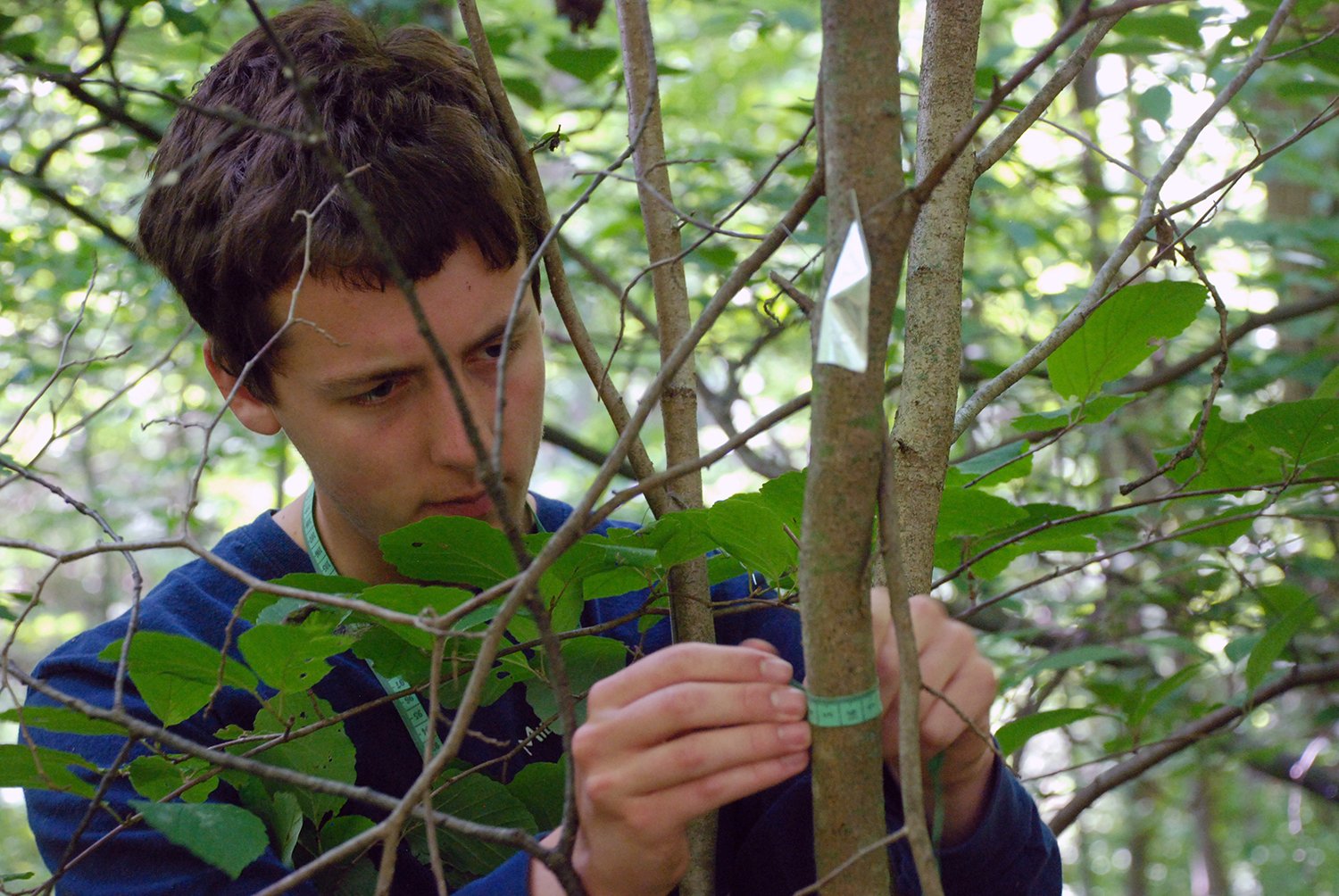 The research plot is at U-M’s 1,297-acre Edwin S. George Reserve, about 25 miles northwest of Ann Arbor in southwestern Livingston County, near Pinckney. The plot was added Aug. 12 to the Smithsonian Institution’s Forest Global Earth Observatory network of inventory plots, which now includes 60 plots in 24 countries.

The designation will strengthen U-M’s long-term forest ecology program by enabling student and faculty researchers to directly compare the mature oak-hickory forest at the George Reserve to forests around the globe. The Smithsonian network of research plots includes some 4.5 million trees from 8,500 species.

“The possibilities are endless,” said U-M evolutionary biologist Christopher Dick, who took over as director of the Edwin S. George Reserve in April. “For example, we will be able to compare population dynamics in our forest to oak-hickory forests in Indiana, maple-dominated forests in China or tropical forests in Panama. 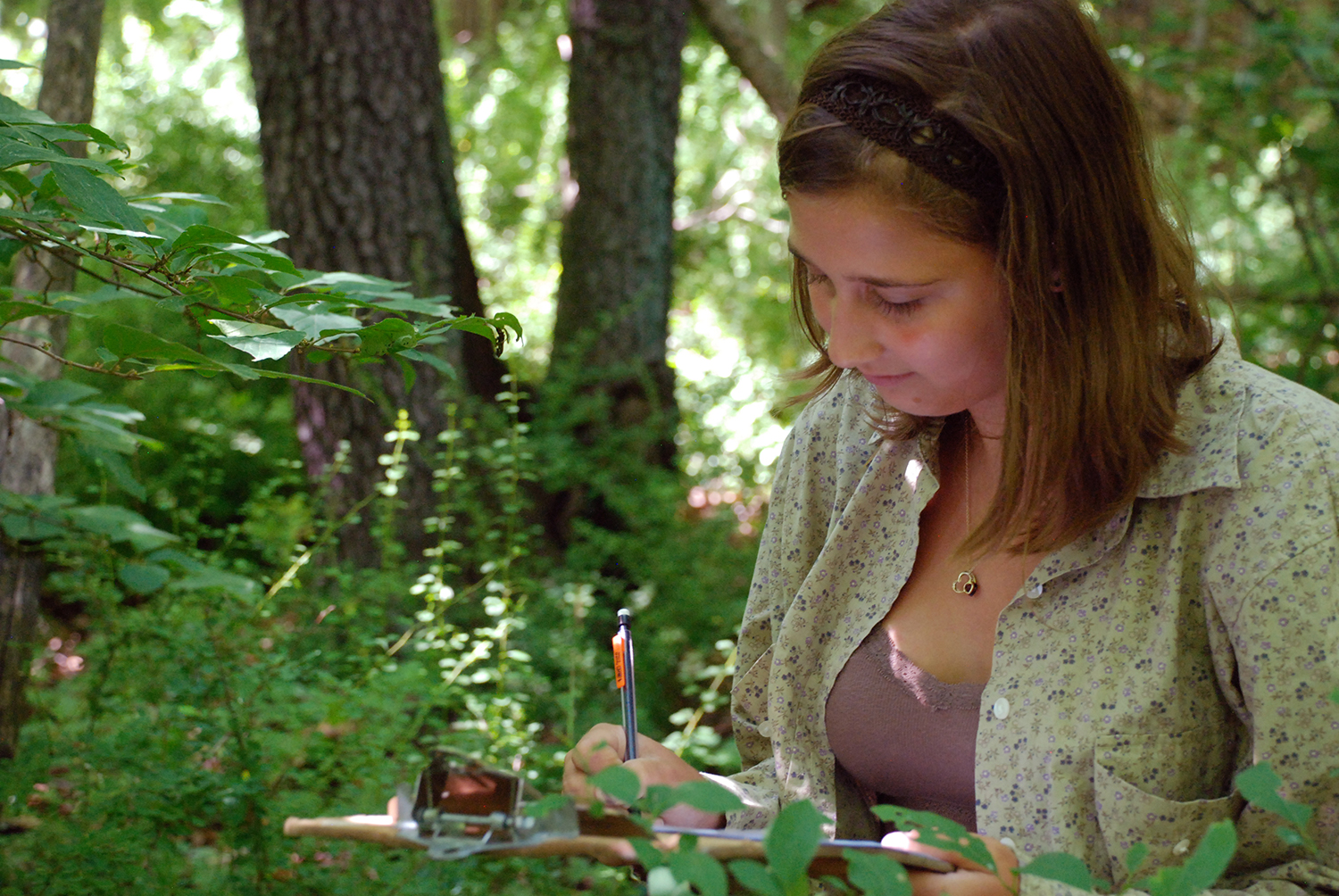 Student recording data at a research plot in U-M’s Edwin S. George Reserve northwest of Ann Arbor. Image credit: Dale Austin“This type of data will be vital in the coming decades as researchers around the world monitor the impacts and feedbacks associated with global climate change. The precise mapping of these trees will also provide a spatial framework for studies of insects, fungi, soils and other aspects of the forest biota.”

But getting added to the Smithsonian network was no small task. It required the painstaking work of 12 U-M and Middlebury College students who spent much of the summer tagging, mapping and measuring every tree in the plot greater than 1 centimeter (0.4 inches) in diameter at breast height. The research plot is the size of 43 football fields.

Two months and more than 45,000 trees later, the work was finally completed on Aug. 5. 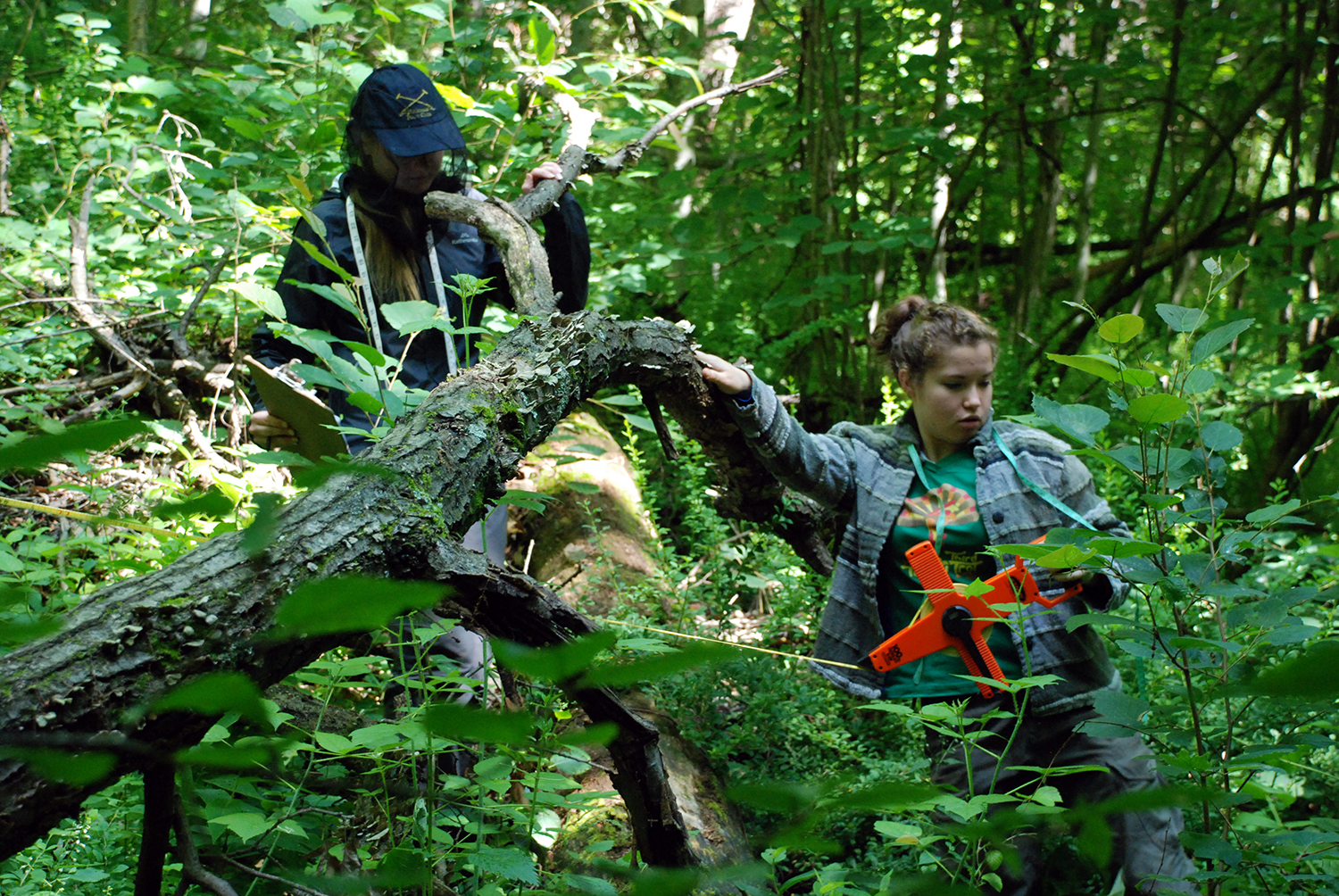 Students mapping tree coordinates at a research plot in U-M’s Edwin S. George Reserve northwest of Ann Arbor. Image credit: Dale AustinThe inventory plot was established in 2003 for studies of forest dynamics by professors John Vandermeer of the Department of Ecology and Evolutionary Biology and Ivette Perfecto of the School of Natural Resources and Environment.

This summer’s resurvey was led by David Allen, a visiting assistant professor at Middlebury. Allen is a U-M alumnus who did the fieldwork for his doctoral dissertation at the George Reserve forest inventory plot.

The George Reserve plot reveals a forest in transition. Most of the largest trees are oaks and hickories, some of them more than 100 years old. But in response to wildfire suppression over the past century or so, fire-intolerant species such as the red maple and black cherry have moved in and now account for most of the youngest trees. In addition, the understory is being challenged by invasive species such Japanese barberry, a shrub.

“The old oaks and hickories are being replaced by the red maples and the black cherries,” said Dick, an associate professor in the Department of Ecology and Evolutionary Biology and associate curator at the U-M Herbarium. “By including very small trees in the census, we’re able to see the dynamics that are taking place and can better predict the forest of the future.” 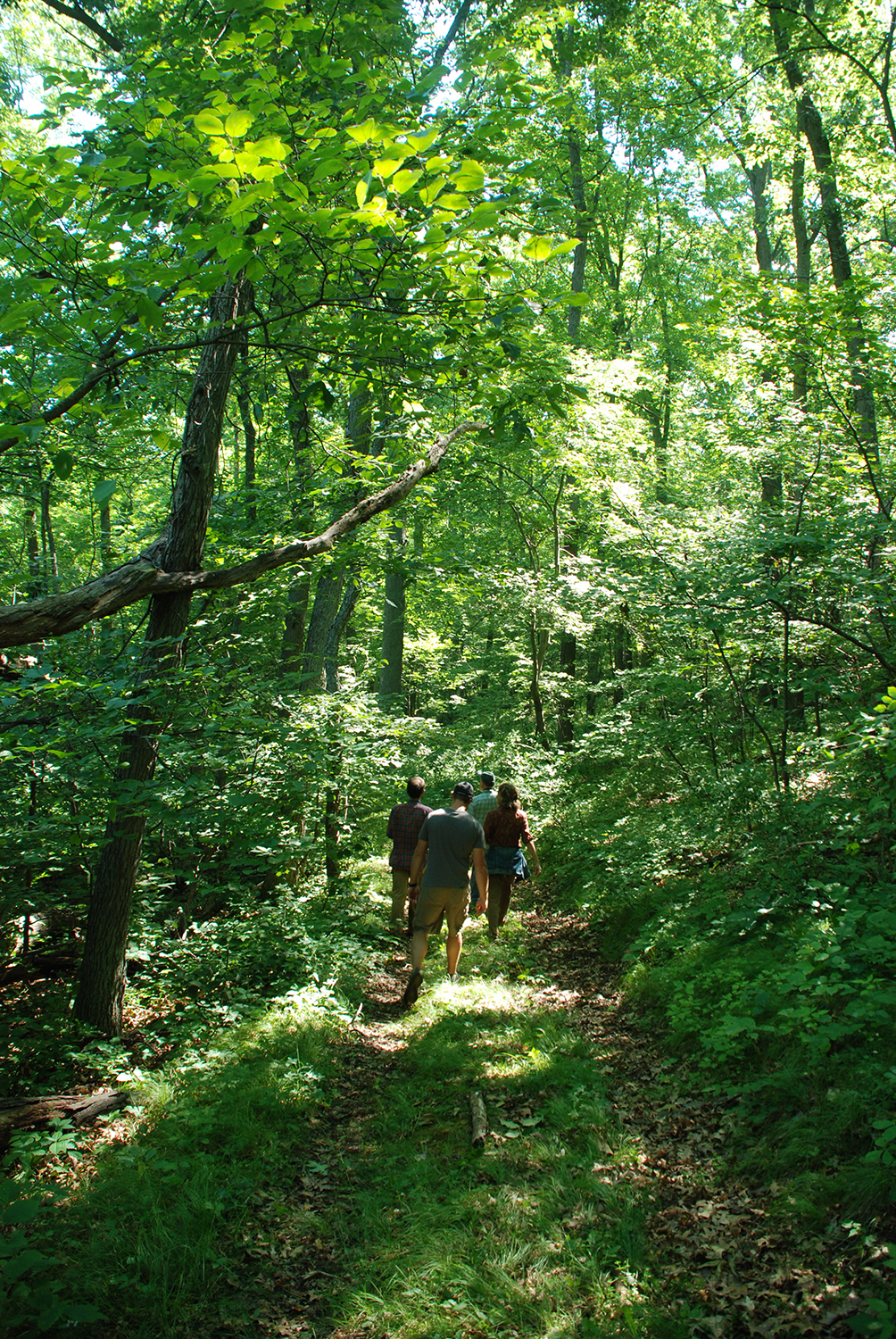 “At the global level, this forest will now be part of a network of plots used to monitor how biomass and tree mortality change as carbon dioxide continues to increase, as well as the role of forests in taking up some of that excess carbon dioxide,” Dick said. “So this network will be an invaluable tool for tracking forest responses to climate change.”

Plots in the Smithsonian network are surveyed every five years or so to measure tree growth, mortality and the recruitment of young trees. Although the Smithsonian plots were started as a way to study species-rich tropical forests, the methods have been adopted by temperate-forest researchers, first in China and later in Europe and the United States.

U-M’s Edwin S. George Reserve was established in 1930. Since then, more than 475 research papers have been published using studies carried out wholly or partly at the reserve. More than 80 doctoral dissertations and more than 30 master’s theses have resulted from graduate studies at the reserve.

Long-term studies at the reserve include decades-old investigations of turtle life histories and reproductive success, a demographic study of the resident white-tailed deer herd, and a study of amphibian communities in 37 ponds on the property.