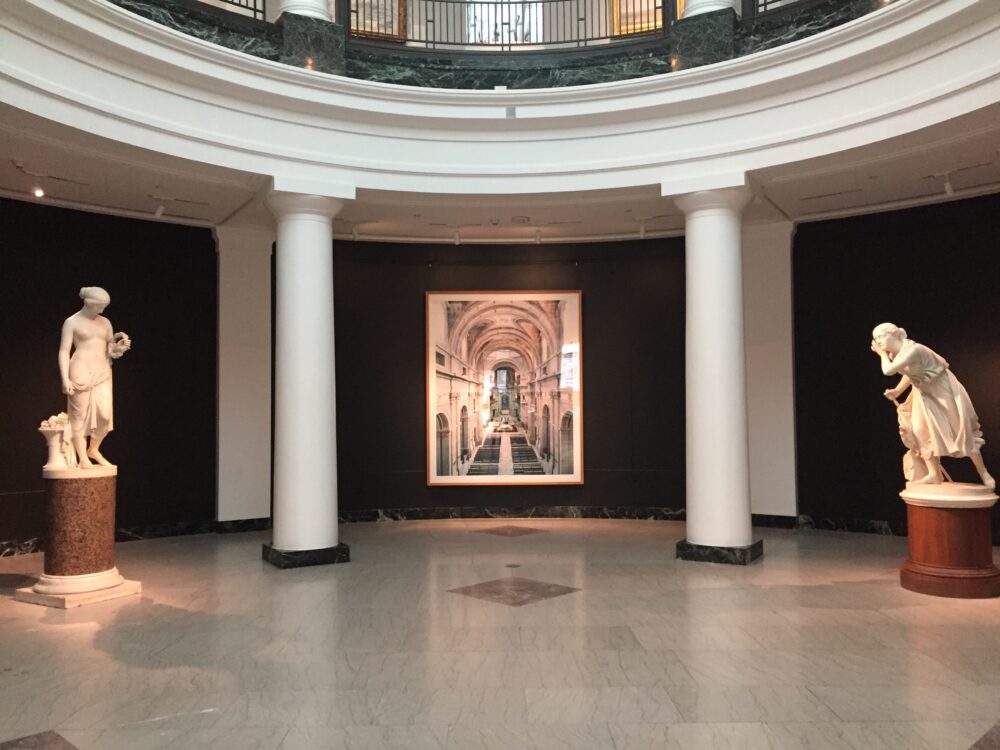 ANN ARBOR—When Christina Olsen took over as director of the University of Michigan Museum of Art in October 2017, one of the first things she did was open her door to U-M and regional community members. 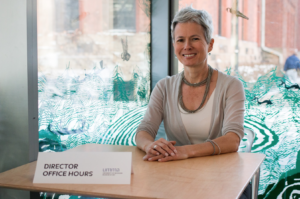 During a series of “open office hours” she offered that fall at UMMA, many students, museum volunteers, faculty, staff and regional community members—some as young as 8 years old—showed up to talk to her about their hopes and aspirations for the museum.

According to Olsen, they were not shy.

“I had some fantastic conversations, and one of the recurrent themes was that people said that they really love Alumni Memorial Hall—it is so beautiful and weighted with history—but there is no art by living artists, and no art by anyone outside Europe and the United States,” she said.

“They wondered why this space hadn’t changed in over a decade, especially because Western art is not necessarily representative of the strengths of our collection, nor does it represent the diversity of it or the community it reflects.”

In response to those visions presented by the community, UMMA will unveil a new, dramatic installation in Alumni Memorial Hall at UMMA After Hours, a free, biannual event where the public is invited to enjoy the museum 7-10 p.m. April 2 for food, exhibition tours, live music and more.

Olsen says that UMMA joins a growing number of art museums across the U.S.—those like New York’s Whitney Museum of American Art and The Museum of Modern Art, and the Baltimore Museum of Art—who are rethinking the way that their collections are presented, often across historical categories or media.

“This reinstallation really places a high value on the breadth and diversity of our collection—people will see works by women, people of color, artists who are not as well known, and even artists whose work has never been on view in the museum before,” she said.

The exhibition opens a little more than six months after the arrival of Vera Grant, UMMA’s new deputy director of curatorial affairs and curator of modern and contemporary art.

“It has been incredibly exciting to be involved in this new direction—art history has traditionally been taught and illustrated as a single narrative, especially in university art museums, and we want people to see that there are multiple stories,” said Grant, who curated “Collection Ensemble.”

Grant, who was inspired by a large, striking photograph of a Baroque church by Candida Höfer that will greet visitors at the head of the hall, arranged the artworks into a series of thematic groupings against a freshly painted black backdrop that highlights the historic Greek columns.

I’m really hoping that it will inspire people to create their own stories and narratives with the understanding that works of art can change in meaning and effect when placed in new contexts.

“We’re trying to present a very different idea about the collection and the work it does and who and what it is for,” Grant said. “I’m really hoping that it will inspire people to create their own stories and narratives with the understanding that works of art can change in meaning and effect when placed in new contexts.”

The exhibition includes “living rooms” set up at the front of the hall that offer artworks in a domestic setting and act as relaxing places for reflection and conversation—and also provide comfortable meeting or study spaces. Olsen says the reinstallation of Alumni Memorial Hall is the first in a series of transformations that UMMA will undergo to make the museum more welcoming, inviting and accessible.

In addition, a new cafe in UMMA’s “commons” area will offer coffee, drinks and quick meals beginning in May.

“We’re really excited about UMMA’s future,” Olsen said. “After all, university art museums should be places full of ideas and welcoming to broad, diverse audiences, and I want everyone to know that we’re really listening to all of them.”