Inspired by the beauty and lore of lighthouses throughout the state—as well as their sheer number—University of Michigan assistant professor of music William Lucas launched the Michigan Lighthouse Landmark Legacy project, an artistic collaboration aimed at raising awareness and supporting preservation of the state’s beloved, historic buildings. 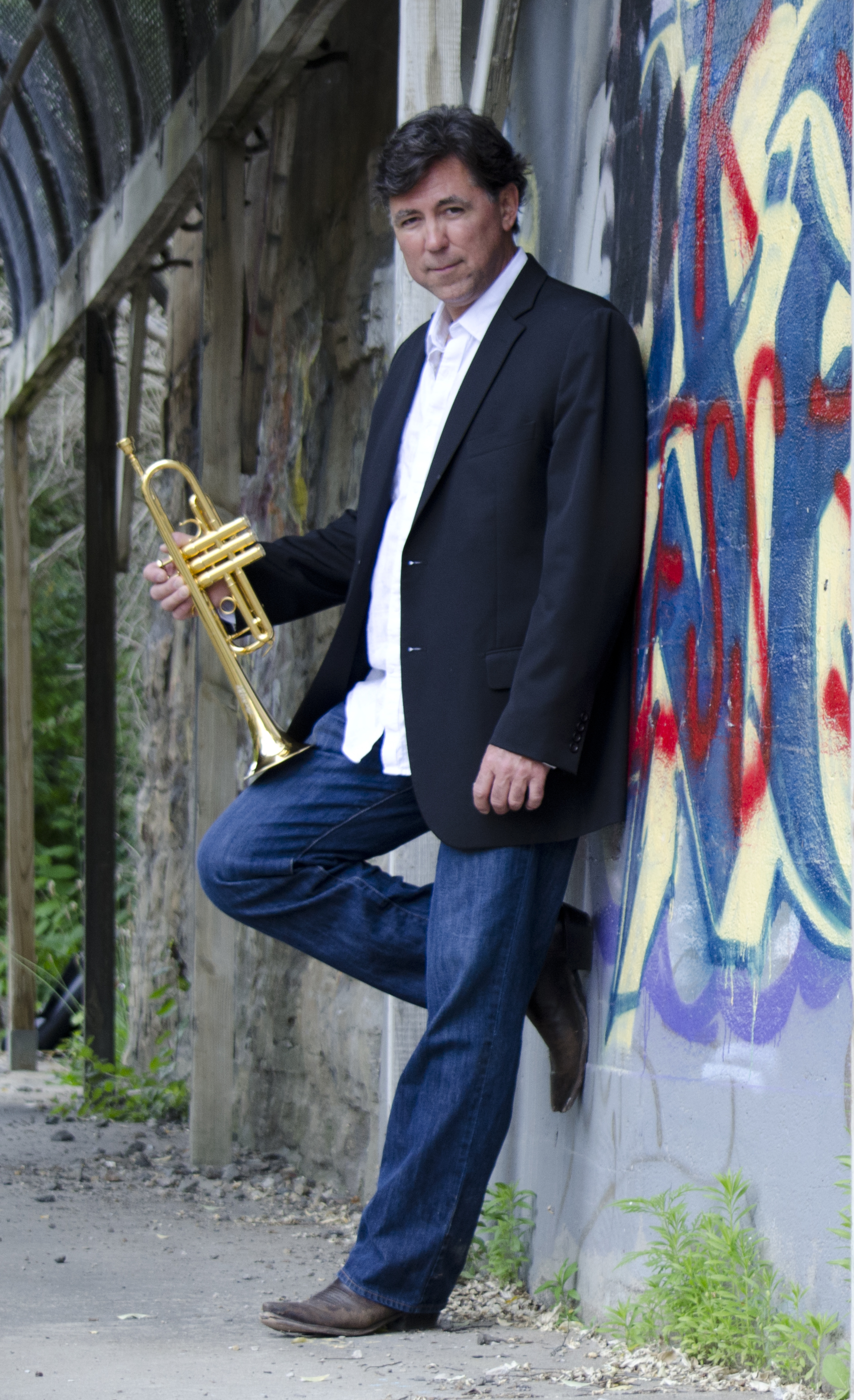 University of Michigan School of Music, Theatre & Dance professor William Lucas has been working on the Michigan Lighthouse Legacy Project since 2014.

Since 2014, Lucas, who plays trumpet, has worked with many U-M faculty, student and alumni composers to create more than 40 original fanfares for the lighthouses. So far, 20 of them have been recorded by the “Lighthouse Brass Quintet” at U-M’s Duderstadt audio studios. As part of the project, he’s also worked with musicians, poets and media production artists associated with U-M to create videos promoting several prominent lighthouses.

What led you to pursue the Michigan Lighthouse Landmark Legacy project?

Lucas: One of the things I have done in my 30-year career as a musician with the Detroit Symphony was to get commissioned to write fanfares, which are short musical tributes. Fanfares are to music as accolades, or even eulogies, are to words—they attempt to in some way honor the subject at hand in the most creative and descriptive way possible. And it’s really fun. But I started thinking, what else can I write fanfares for? The next day I got a calendar in my mailbox with all these lighthouses in the state of Michigan. I started investigating, and I did not know we had more lighthouses in the state than any other—129. So I did a tour. And I was absolutely blown away.

Can you tell me more about your process for creating each composition?

Lucas: I have visited all of the lights in the lower peninsula. Our project composers have also visited those lights they have written for. As a composer, I try to describe a lighthouse using music as though I were describing it using words. What music comes to my mind when I look at a lighthouse? That is what I want to attempt to capture. Sometimes the music is majestic, sometimes sorrowful, sometimes terrifying and yet others—like the fanfare written for Point Betsie—are playful and jazzy. Betsie is big, beautiful, and I’ll bet she really loves a cocktail party.

What sort of relationships do you have with local Lighthouse preservation organizations?

Lucas: I’ve had a lot of contact with the Sable Point Lighthouse Keepers Association. I took a trip in early spring 2016 and told them what we were going to do, and they were excited about it. Their responsibilities are enormous—maintaining these buildings that are hundreds of years old. They often get approached by historical societies that say, “Oh, well, you actually cannot use that modern roofing on this building.” They have to be sure the buildings are preserved according to guidelines. 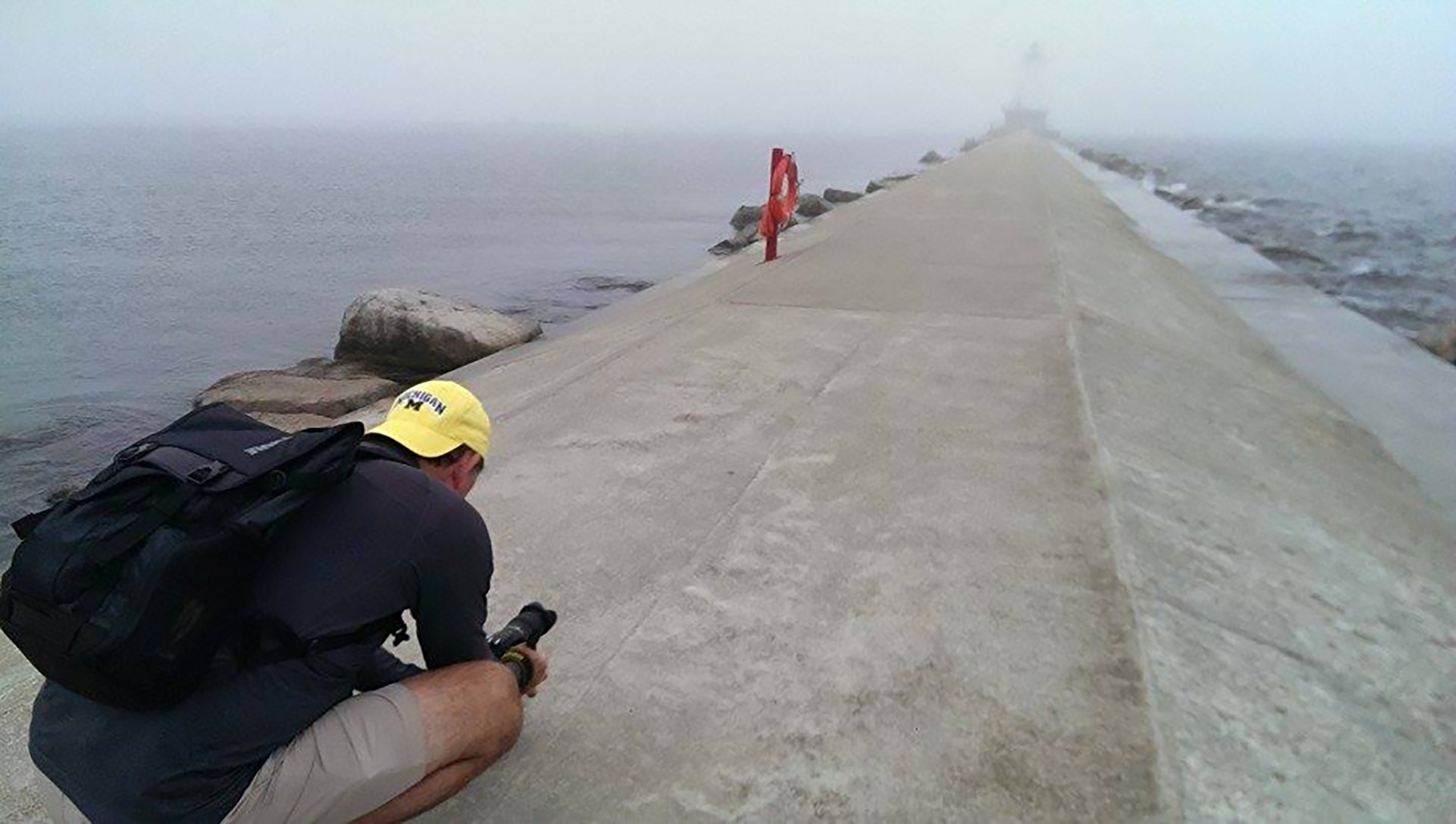 In addition to composing music dedicated to each lighthouse, University of Michigan School of Music, Theatre & Dance professor William Lucas has also taken many of the photos that represent the visual aspect of the Michigan Lighthouse Legacy project.

Are there other particular challenges of preserving these landmarks?

Lucas: Well, for example, they sit on the water. They’re blasted all winter long and most of them have some concrete or brick. Even the outer facing of brick if it is exposed enough to hard-driving winds will absorb some of that water. When it gets cold it freezes and the brick cracks and then they have to redo it. Big Sable light, for example, is 112 feet tall. It’s basically a metal cylinder encased in six feet of concrete all around it at the base, reducing to about two feet at the top. All that concrete needs to be stripped off and repaired and replaced, which is a huge job.

What’s next for the Michigan Lighthouse Landmark Legacy?

Lucas: We currently have about a CD’s worth of music, and we’re not stopping. I would hope that the project would continue to be able to obtain donations and grants to commission and record fanfares for all 129 lighthouses in the state. In addition, while we already have fanfares for a few Michigan landmarks including Sleeping Bear Dunes, Tahquamenon Falls and the Porcupine Mountains, I’d love to explore that route as well. I’d like to put together a tour of the music at some point or an art exhibition involving the many photos I’ve taken as part of the project. Bringing awareness to the unique features our great state of Michigan has to offer in the form of video set to music might help us preserve these fascinating lighthouse/landmarks for future generations to enjoy and embrace.