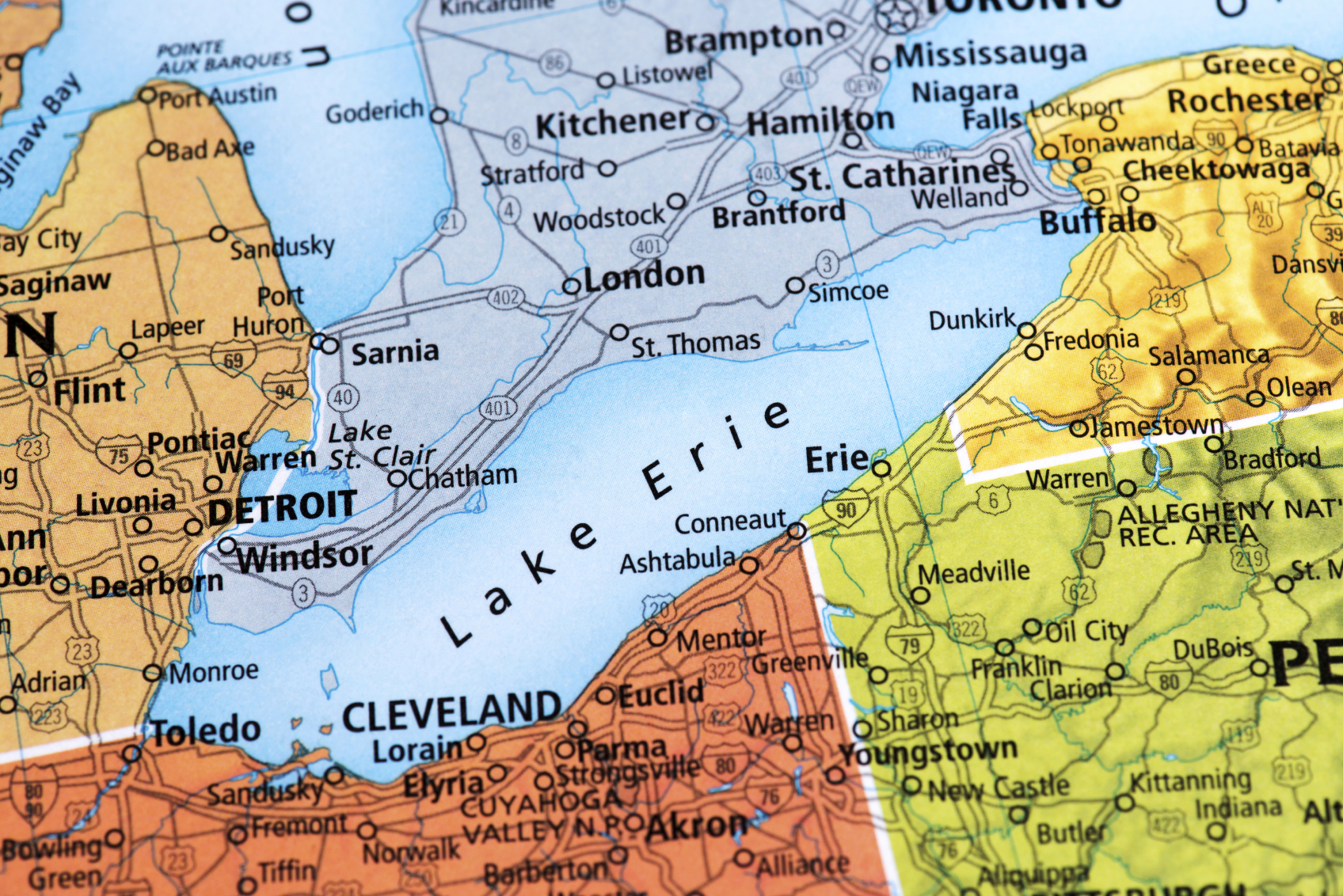 ANN ARBOR—University of Michigan researchers and their colleagues predict that the 2015 western Lake Erie harmful algal bloom season will be among the most severe in recent years and could become the second-most severe behind the record-setting 2011 bloom.

The 2015 seasonal forecast uses models that translate spring nutrient loading into predicted algal blooms in the Western Basin of Lake Erie. After a relatively dry April and May, the heavy rains in June produced record discharge and nutrient loadings from the Maumee River, which runs through Toledo and northeastern Indiana, and will result in a more severe bloom.

The effects of these cyanobacterial blooms include a higher cost for cities and local governments to treat their drinking water, as well as a risk to swimmers in high-concentration areas and a nuisance to boaters when blooms form. These effects will vary in location and severity with winds and will peak in September, the National Oceanic and Atmospheric Administration announced today.

Last August, a cyanobacteria bloom in western Lake Erie shut down the drinking water supply to more than 400,000 Toledo-area residents.

“While this year’s toxic algae forecast for Lake Erie calls for a bloom larger than the one that shut down the Toledo area’s water supply last summer, bloom predictions—regardless of size—do not necessarily correlate with public health risk,” said University of Michigan aquatic ecologist Don Scavia, a member of the forecast team. “Local weather conditions, such as wind direction and water temperature, also play a role.

“But we cannot continue to cross our fingers and hope that seasonal fluctuations in weather will keep us safe,” said Scavia, director of U-M’s Graham Sustainability Institute. “These blooms are driven by diffuse phosphorus sources from the agriculturally dominated Maumee River watershed. Until the phosphorus inputs are reduced significantly and consistently so only the mildest blooms occur, the people, ecosystem and economy of this region are being threatened.”

The 2015 Lake Erie bloom will be expected to measure 8.7 on the severity index, with a range from 8.1 to potentially as high as 9.5. This is more severe than last year’s 6.5 and may equal or exceed 2013, which had the second-worst bloom in this century. The severity index runs from a high of 10, which corresponds to the 2011 bloom—the worst ever observed—to zero. A severity above 5.0 indicates blooms of particular concern.

“While we are forecasting a severe bloom, much of the lake will be fine most of the time. The bloom will develop from west to east in the Lake Erie Western Basin, beginning this month. It is important to note that these effects will vary with winds and will peak in September,” said Richard Stumpf, ecological forecasting applied research lead at NOAA’s National Centers for Coastal Ocean Science.

Stumpf formally presented the forecast today in a media event and science presentation at Ohio State University’s Stone Lab on Lake Erie. This is the fourth year that NOAA has issued an annual outlook for western Lake Erie.

“Last summer’s Toledo water crisis was a wake-up call to the serious nature of harmful algal blooms in America’s waters,” said Jeff Reutter, senior adviser to, and former director of, Ohio State University’s Sea Grant program and Stone Laboratory. “This forecast once again focuses attention on this issue, and the urgent need to take action to address the problems caused by excessive amounts of nutrients from fertilizer, manure and sewage flowing into our lakes and streams.”

To provide more real-time information during the bloom season, NOAA has produced harmful algal bloom (HAB) bulletins for western Lake Erie since 2008. The bulletins will continue at the twice-weekly frequency established during last season’s Toledo event and can be received by a subscription to the NOAA Lake Erie HAB Bulletin.

Additional information on the size and movement of the bloom can be found via NOAA’s experimental HAB Tracker. As summer progresses, field observations on water quality, algal biomass and toxicity will be collected by NOAA’s Great Lakes Environmental Research Laboratory, U-M’s Cooperative Institute for Limnology and Ecosystems Research, Ohio State University’s Sea Grant program and Stone Laboratory, Heidelberg University, the University of Toledo, the Ohio Environmental Protection Agency, and LimnoTech.

USGS will work with NASA to provide satellite tracking of the bloom, as well. These results will provide valuable information to regional managers and assist NOAA scientists in further refining the accuracy of this year’s forecast models.

The Lake Erie forecast is part of a NOAA ecological forecasting initiative that aims to deliver accurate, relevant, timely and reliable ecological forecasts directly to coastal resource managers and the public as part of its stewardship and scientific mandates for coastal, marine and Great Lakes resources. Additionally, NOAA currently provides, or is developing, HABs and hypoxia forecasts for the Gulf of Maine, Chesapeake Bay, the Gulf of Mexico and the Pacific Northwest.

NOAA, NASA, EPA and USGS in April announced a $3.6 million multi-agency research effort designed to be an early warning system for freshwater nuisance and toxic algal blooms by using satellites that can gather color data from freshwater bodies during scans of the Earth. The project will improve the understanding of the environmental causes and health effects of cyanobacteria and phytoplankton blooms. The effort includes the Great Lakes and will further strengthen initiatives like the NOAA Lake Erie HABs forecast.

Funding to support the NOAA forecast was provided through the agency’s National Centers for Coastal Ocean Science, NASA’s Applied Science Health and Air Quality Program, the EPA-administered Great Lakes Restoration Initiative, the Erb Family Foundation and the U-M Graham Sustainability Institute. The research programs supporting this work are authorized under the Harmful Algal Bloom and Hypoxia Research and Control Act, which was amended and reauthorized by Congress through 2018.