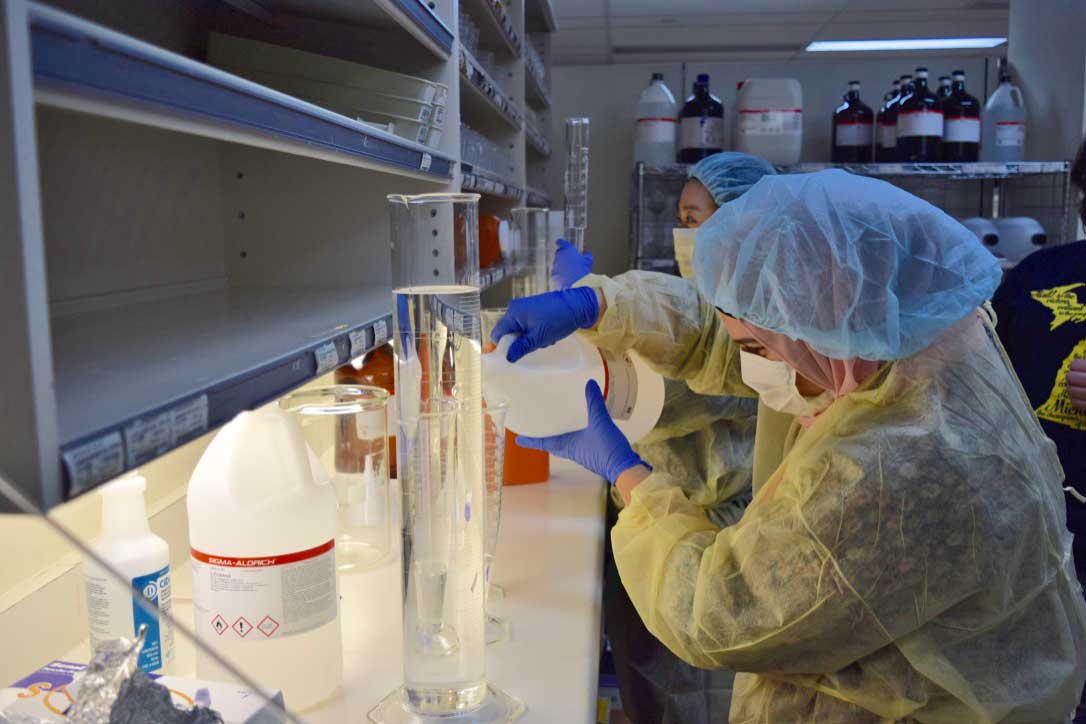 ANN ARBOR—In response to projected shortages of hand sanitizer, students at the University of Michigan College of Pharmacy are working with Michigan Medicine to compound hand sanitizer.

The FDA released guidance with recommendations for appropriate preparation of hand sanitizer in response to the COVID-19 shortage. Pharmacy Dean James Dalton said he connected with Michigan Medicine about a partnership after a faculty member proposed the idea last week. 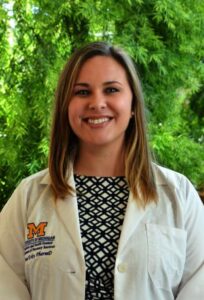 The college and hospital teamed to procure ingredients, develop a recipe and establish temporary compounding operations in pharmacy space at the hospital, said Jenn Erley, central pharmacy manager at Michigan Medicine and adjunct clinical instructor at the College of Pharmacy.

Four to eight student and faculty volunteers from the College of Pharmacy, as well as Michigan Medicine pharmacy staff, participate per day, Erley said. The process involves precise measurement of isopropyl alcohol, hydrogen peroxide, glycerol and sterile water, followed by bottling with FDA-approved labeling. A pharmacist checks each ingredient and signs off at multiple points in the compounding process. Ingredients meet standards put forth by the FDA guidance for compounding.

“We haven’t ventured into making anything else just yet, but it’s difficult to say what new surprises this pandemic will bring to pharmacy,” Erley said. “The overwhelming response from pharmacy students and faculty willing to volunteer to help compound has been incredible, and it would not have been possible without their support.”

According to its website, Michigan Medicine currently has enough protective gear, but has asked the community for protective gear donations in case demand eventually exceeds supply. Leaving home for this purpose is permitted under Gov. Whitmer’s executive order suspending all nonessential activities. See full story for details on donations accepted.