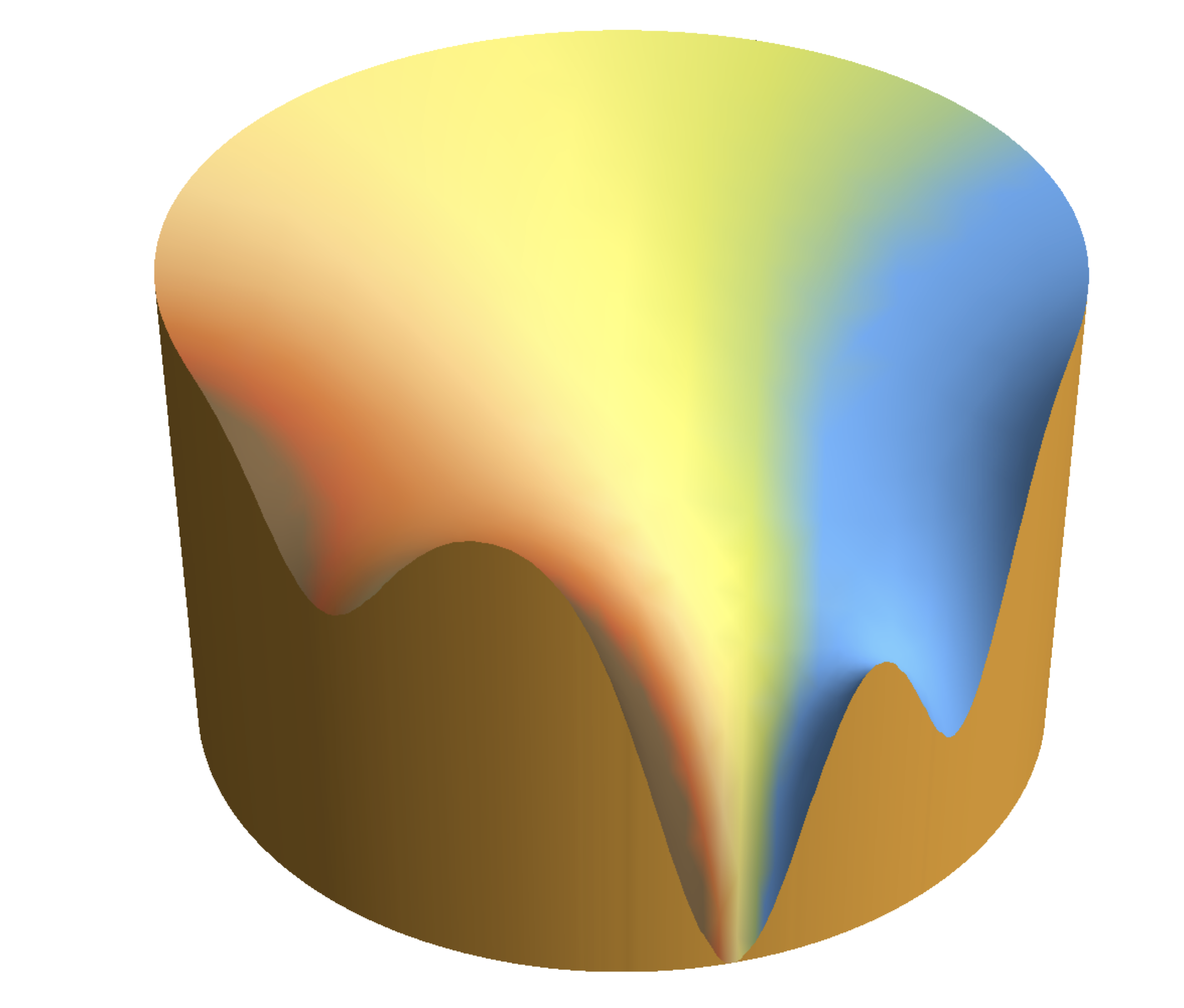 Electrons exist within a set frequency called a band structure. Within these band structures, the oscillations of the electrons peak sharply. Established methods are good at examining what happens where the frequency peaks are, but these methods falter when examining the nadir of the frequency—at closer to zero energy, or what’s called Fermi energy. Image credit: Emanuel Gull and Jiani Fei

When physicists need to understand the quantum mechanics that describe how atomic clocks work, how your magnet sticks to your refrigerator or how particles flow through a superconductor, they use quantum field theories.

When they work through problems in quantum field theories, they do so in “imaginary” time, then map those simulations into real quantities. But traditionally, these simulations nearly always include uncertainties or unknown factors that could cause equation results to be “off.” So, when physicists interpret their simulation results into real quantities, these uncertainties amplify exponentially, making it difficult to have confidence that their results are as accurate as necessary.

Now, a pair of University of Michigan physicists have discovered that a set of functions called the Nevanlinna functions can tighten the interpretation step, showing that physicists may be able to overcome one of the major limitations of modern quantum simulation. The work, published in Physical Review Letters, was led by U-M physics undergraduate student Jiani Fei. 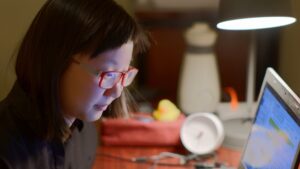 Jiani Fei, a University of Michigan undergraduate, determined that using a set of functions derived from a theory created in 1925 can more accurately convert quantum mechanic theories from imaginary to real numbers. The use of the Nevanlinna functions is cross-disciplinary, the researchers say. Image credit: Jiaqi Lei

“It doesn’t matter if it’s lattice quantum chromodynamics, a simulation of a nickel oxide or a simulation of a superconductor, the last step of all of this is taking the data from the imaginary axis to the real axis,” said Emanuel Gull, U-M associate professor of physics. “But there’s a fundamental mismatch between what results the calculations give and where the experimental measurements are.”

Gull gives the example of looking at the photoelectric effect in a metal such as copper. If you shine light at copper at a specific frequency, you’ll be able to see the electrons that exist at that frequency, called a band structure. Within these band structures, the oscillations of the electrons peak sharply. Previous methodologies are good at examining what happens where the frequency peaks are. But the methodologies falter when examining the nadir of the frequency—at closer to zero energy, or what’s called Fermi energy.

“If you can’t resolve band structure, you can’t say anything about where your electrons are or what is actually happening deep inside a crystal,” Gull said. “If you can’t resolve the near-Fermi surface structure, then all of the information about correlations, all of these interesting physics that make up magnetism or superconductivity, all of your quantum effects are hidden. You’re not getting the quantum information you’re looking for.”

In examining this problem, Fei realized that to accurately convert quantum mechanic theories from imaginary to real numbers, physicists needed a class of functions that are causal. This means that when you trigger the system you’re examining, a response in the function only happens after you’ve set off the trigger. Fei realized that the Nevanlinna functions—named after Finnish mathematician Rolf Nevanlinna’s Nevanlinna theory, which was devised in 1925—guarantees that everything is always causal.

With a method developed by Fei, it is now possible to not only resolve the precise structure near Fermi energy, it’s also possible to resolve the high frequency energies as well.

“It’s like looking at the same type of theory with a much better microscope,” Gull said.

Fei says this set of functions is general in finite temperature quantum systems, and to her, it’s important to “use this structure to its full potential.”

“By imposing structures similar to the Nevanlinna structure, we can get an approach to various kinds of response functions, such as the ones for optics and neutron scattering,” she said.

The researchers say the main importance of their work is that it’s interdisciplinary. Their study was motivated by problems in experimental physics, but uses tools from theoretical physics and mathematics.

“Via the mathematical structure of these, there are actually even connections that go all the way out to control theory,” Gull said. “For example, if you have a factory and you want to make sure the factory doesn’t blow up as you’re changing various regulators and valves, the mathematical structure that you’re using for describing this problem is exactly the same Nevanlinna functions that Jiani used for analytical continuation.”