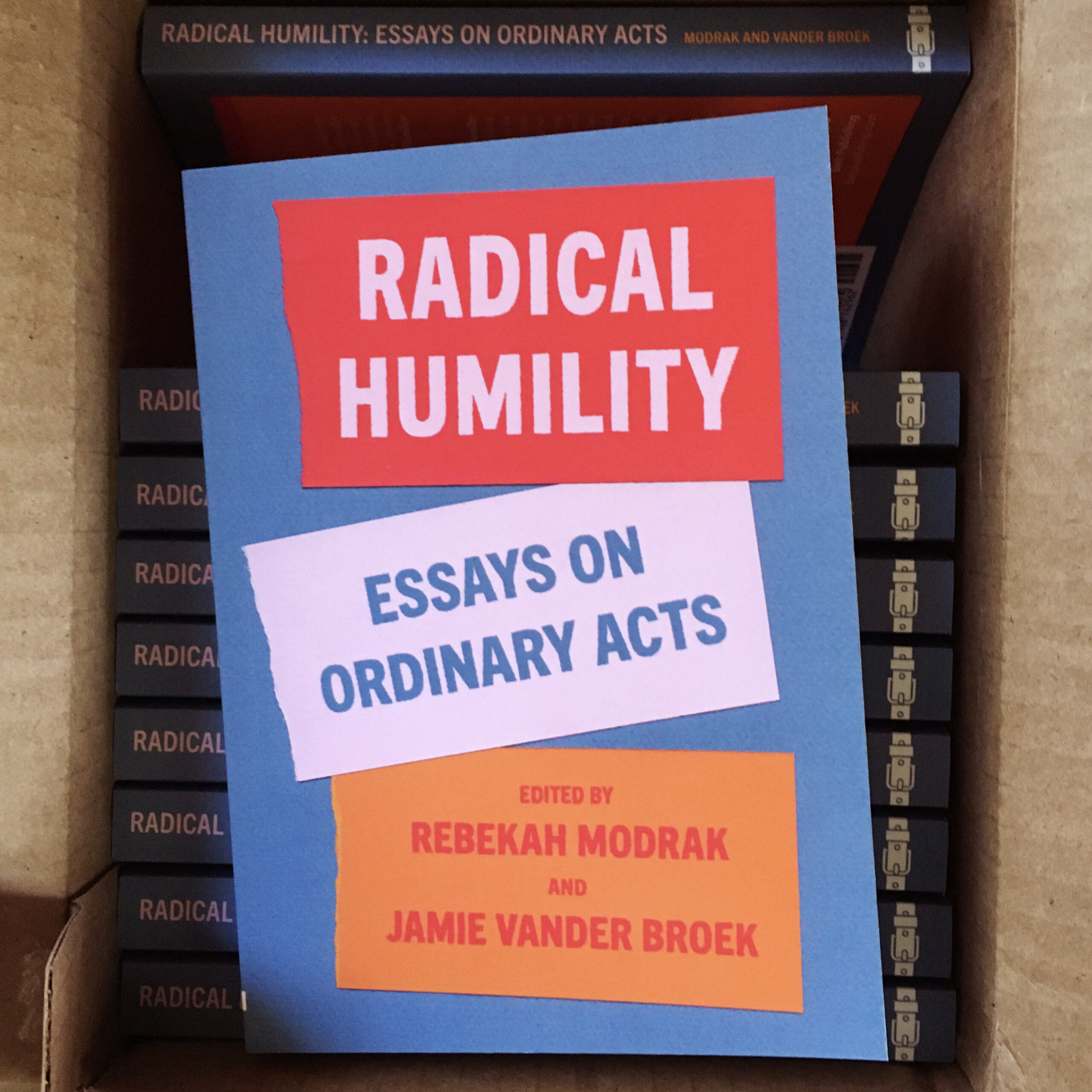 What does humility mean and why does it matter in an age of golden escalators and billionaire entrepreneurs? How can the cultivation of humility empower us to see success in failure, to fight against injustice, to stretch beyond our usual ways of thinking, and to foster a culture of listening in an age of digital shouting?

A new book edited by Rebekah Modrak, professor at the U-M Stamps School of Art & Design, and Jamie Vander Broek, librarian of art and design at the U-M Library, explores these questions.

“Radical Humility: Essays on Ordinary Acts” includes contributions from renowned scholars, psychologists, artists and many others. New York Times columnist Charles M. Blow examines the corrosive effect of Donald Trump’s arrogance on our democracy. Artist Ruth Nicole Brown describes lessons learned from her aunt about living a life of you before me, and how this informed her work celebrating Black girls. Journalist and U-M Knight Wallace House director Lynette Clemetson lays out the conflicts for journalists trained to recede into the background but now urged to be social media presences. And scholars Aric Rindfleisch and Nadia Danienta describe why maker cultures are as good at celebrating failure as they are at championing success. 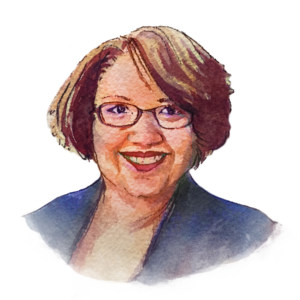 Watercolor illustrations of panelists and essayists are by Joe Iovino, and were created for “Radical Humility: Essays on Ordinary Acts,” a book edited by University of Michigan Stamps School of Art & Design professor Rebekah Modrak and art and design librarian Jamie Vander Broek.

What inspired you to work on a book about the topic of humility—is there something about it that resonated with you personally?

Vander Broek: In addition to joining this project as a brand new parent and witnessing all of the ways that individualism is so prevalent in our society from birth, I’ve thought a lot about the divisiveness in our society and how we will move forward. I’m sure this is happening to many people: I encounter strangers in a store and wonder, what do they believe? If they knew what I believed, would they hate me? Would the reverse be true? The current political environment feels like a strong current, rushing toward the dehumanization of our opponents. In the course of experiencing all this, I think constantly of the work in our book and how humility could be part of a solution for this situation. It’s almost as if humility can give you permission to continue to hold your own beliefs, while giving you the perspective or the distance to allow that others have their own as well, to form a distinction between individuals and ideologies.

Modrak: In my workplace and in the political landscape, I witnessed a cultural shift that put individual aspirations above the good of the community, and that emphasized boasting, vanity and seductive but simplistic trends and gestures over substance. I watched Donald Trump ride down the golden escalator and had a desire to be around the antithesis. Being opposed to arrogance and narcissism is not enough. We need a vision for how to move forward and I wanted to be exposed to people with this vision.

This topic seems to relate to the political divide that we’ve all witnessed over the last year? Is humility really a remedy? Do you believe that there is harm in a lack of it?

Vander Broek: I think it’s pretty clear that we’re speeding toward that conclusion every day. If we don’t consider ourselves to be small and ordinary, just part of something indescribably large—if, instead, we’re each the most special, unique being on earth, then what wouldn’t be justified in order to preserve our happiness or our idealized way of life? The destruction of the climate, the enormous divide between the rich and the poor, an overall policy of putting ourselves first and to hell with the rest. 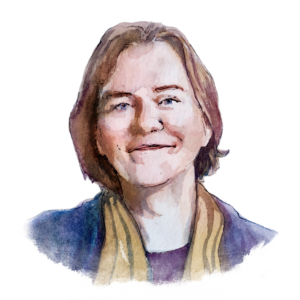 Watercolor illustrations of panelists and essayists are by Joe Iovino, and were created for “Radical Humility: Essays on Ordinary Acts,” a book edited by University of Michigan Stamps School of Art & Design professor Rebekah Modrak and art and design librarian Jamie Vander Broek.

Modrak: Jamie identified some larger dangers that come with excessive confidence in one’s own opinions, which we have witnessed historically and recently, in politics and the care of our planet. And at the same time, egotism is also a very personal burden. It’s emotionally exhausting and isolating to constantly defend one’s own self-importance, whether through social media posts, at workplace boaster events or in striving for an impossible perfection. Releasing ourselves from the center of (as philosopher Jen C. Wright would say) our gravitational pull allows us to see how our needs and beliefs are part of an interconnected universe and helps us feel deeply connected with others.

What do you hope readers will take away from the book?

Vander Broek: I hope the book is a starting point for people. If readers can absorb the lessons in the book—that failure can feel good, that opening ourselves to others can reduce the pressures we feel in life, that decentering ourselves is hard to do but often worth it—these ideas together point toward a new way of being in the world. To add, it’s OK to be ordinary. We’re all ordinary in so many ways, but we are obsessed with what makes us unique. Ordinariness is freeing and it’s honest. Let go and feel your ordinariness, it’s what connects you to all the other humans on earth.

Modrak: Many of the essays recount tangible examples of challenging situations where people chose humility. In the midst of workplace calamity, parenting dilemmas, disagreements with friends or even during the Civil War. I hope these models stay with readers as guidance for the ways that humility can open up acceptance of the limits of our knowledge, help us get closer to truths and allow for greater connection with others. I also think we need to reframe our definitions of failure and success. Many of the writers in this book describe being laid off from a job, losing a sports competition or messing up in some other way as the moment that enabled momentous, meaningful change in their lives.

“At Home with Literati: Radical Humility,” 7-8:30 p.m. March 16: Webinar link
Modrak and Vander Broek will join a panel that will include other contributors to discuss humility as a valuable process with the power to impact institutions, systems, families and individuals, and give voice to the ways in which humility is practiced in many ordinary but extraordinary actions. Panelists include Lynette Clemetson, long-time journalist and director of the U-M Knight-Wallace Fellowships for Journalists and the Livingston Awards; Mickey Duzyj, artist and director of the critically acclaimed Netflix series “Losers”; Jennifer Cole Wright, professor of psychology at the College of Charleston; and Ruth Nicole Brown, artist, scholar and inaugural chairperson of African American and African Studies at Michigan State University.