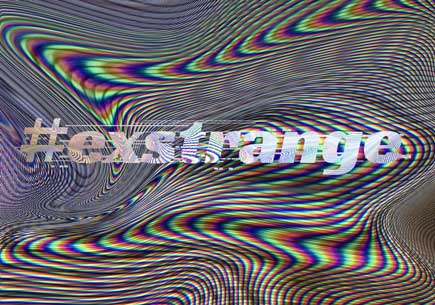 ANN ARBOR—Rebekah Modrak, associate professor at the University of Michigan Stamps School of Art & Design, has spent many years exploring interests in shared concerns between art and commerce—each involving questions of labor, production and distribution.

Her latest project, co-curated with Marialaura Ghidini of the Srishti Institute of Art, Design and Technology, is a “live exhibition” titled #exstrange, that invites a global group of artists and designers to create works to be encountered—auction-style—by the passersby of eBay.

The exhibition, which launched in mid-January and will continue until the end of April 2017, aims to use the tools of eBay as materials—title, pricing, category, descriptive text, images and interactions with guests—to create artwork in the form of auctions on the popular e-commerce site.

Q: What was your inspiration for #exstrange?

Modrak: The term #exstrange comes from our working title “Exchange with Stranger,” influenced by philosopher and sociologist Georg Simmel’s understanding of the “stranger,” which he described as a “mobile figure who circulates goods.” In our exhibition, artists circulate ideas through the pretense of selling goods or services. We, the curators, see eBay as an opportunity to enable artists/designers to reach out to members of online communities clustered around object experiences. For example, the community who collects decorative plates may encounter Sophia Brueckner’s commemorative plate of dreamy landscapes stitched together from 100+ romance novels using a digital algorithm to make decisions about nostalgia and longing.

Modrak: #exstrange welcomes serendipitous encounters with exchange-partners from other geographic, cultural and political regions, either viewers who seek out the show, potential buyers and happen-chance browsers—all may inquire into ideas proposed through the auctions/artworks by commenting directly on the listing, by bidding, or by creating and posting their own artwork/auctions.

Q: What do you hope to accomplish or illustrate?

Modrak: We are interested in opening up discussions that might challenge the uses we make of technology in our everyday activities, and all of the assumptions we make about it. eBay represents a business model of the dot.com era, and through the years has tried to propagate a kind of person-to-person trade. What we have now is a culture of commodity that is primarily circulated online through platforms that are not just dedicated to e-commerce but also to interpersonal communication. This shift is interesting to us and we are trying to bring it together by also using social media which, in the ’90s, did not exist. The personal relationship that can be established between a seller and buyer is what we are interested in, especially in a time in which our personal communication is so much mediated by interfaces created by companies for business purposes—we still very rarely think about this proactively.

Q: This isn’t the first time you have drawn parallels between art and commerce in your work. How does this relate to the work that you’ve done in the past?

Modrak: In 2013, I founded Re Made Company, a re-creation of actual company Best Made Co.’s website and promotional materials that focuses on the sale of their American Felling Axe. Re Made replaces Best Made’s $350 artisanal axe with my tool of choice, the artisanal plunger. The recreation aims to use Best Made founder Peter Buchanan-Smith’s own words to humorously, but critically, call attention to a complex range of issues, including the appropriation of work by the leisure classes, the nostalgia for an idealized pioneer life that has surfaced in modern life, and the transformation of functional objects into expensive decorative fetishes.

Re Made relates to #exstrange in several ways—the online nature of Re Made and lack of traditional art context allows people to encounter the plunger as a plausible commercial object. Likewise, with #exstrange, we’ve instigated a series of auctions where the functional meets the fantastic, without cluing our audience into the artifice at play.

Q: Do you think this project adds to conversations surrounding current events, specifically regarding the new president and incoming administration?

Modrak: Especially during this post-election division, we’re interested in extending art practice outside the confines of the gallery into spaces where ideas and provocative encounters take precedence over the mechanisms involved in formally exhibiting art.

We’ve been struck by the level of anxiety that has surfaced in the content of the current auctions. From IOCOSE supplying sought-after outlets for protest to O’Neill’s galactic refuge from Trump to Matt Kenyon’s erased currency reflecting instability of the economy in India and the push to digitization, these offerings respond to perceived vulnerabilities, whether economic or political.

In her auction, Tara Kelton offers to preserve a bidder’s memory in her brain, noting the instability of digital technologies. Rit Premnath’s “Flimsy Alibi” sale of used cardboard from the streets of New York attends to the very physical occupation of land by a squatter against the abstract but powerful absorption of land by the New York real estate market. And Silvio Lorusso responds to our increasing involvement in work and our anxiety over leisure time by proposing a bot to manage and program time for breaks. His auction builds upon our growing obsession with using technology to manage our healthcare and physical activity.

Q: The project launched on Jan. 15. How has the project evolved in the last couple of weeks?

Modrak: So far, we’ve been happily surprised at the amount of bidding and interaction with artists. All auctions that have ended, to date, have ended with a winning bidder. Multiple bidders are battling over Fieldfaring—Susanne Cockrell and Ted Purves’ auction of stick-guns. Bidders from Ireland and the U.S. contested for O’Neill’s vinyl record of Trump, and at least nine eBay users have purchased one of IOCOSE’s opportunities for a crowd-sourced “Instant Protest.” So far, all auctions have been up for the full seven-day period.

Modrak: Anyone with an eBay account can participate. They can bid for an artwork, ask questions to the sellers/artists, or create their own artwork-as-auction. The project is open to engagement. Our website has a “join” section where people can find instructions on how to create an #exstrange auction. We’ve started to distribute open calls for artists, designers and curators, and so far, nine artists have independently joined the show. We hope that as the project unfolds more ‘strangers’ will take part in the project, bringing in their own perspective. 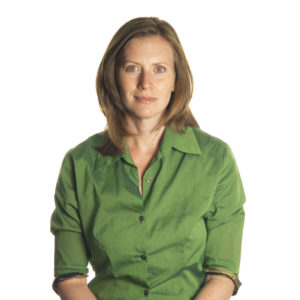 Rebekah Modrak.Q: Will this project exist anywhere after the auction?

Modrak: The project will be fully archived on our website where the artworks and the “relationships” that have been established during each of the auctions will be documented, visually and textually. The project will culminate in a forthcoming print catalog with contributing essays by Mark Dery, Lawrence Liang, Rob Walker, among other prominent cultural theorists.

Q: What do you hope people will learn or think about as a result of #exstrange?

Modrak: For artists, we hope #exstrange will empower them with a spirit of self-determination. Artists are not obligated to high-end niche luxury art markets and gatekeeping gallery systems. #exstrange fosters play as part of an alternative form of distribution and critique. For artists and non-artists, #exstrange has the potential to use the web to bring together people not based in the same community, and to transcend spatial geography and political allegiances. In the U.S., there was much discussion post-election about the divide between political camps and urban/rural areas. eBay offers rather democratic access to a field that’s not partitioned by political boundaries. So Fieldfaring’s stick-gun in Entertainment Memorabilia may be encountered by an NRA member or by a gun-control advocate. Silvio Lorusso’s “Programmed Leisure” may surface for a Google employee or for a farmer. This is an extraordinary opportunity for artists to reach a wider audience, and for non-artists. Anytime someone looks at a familiar world in a new way, it enables shifts in thought.