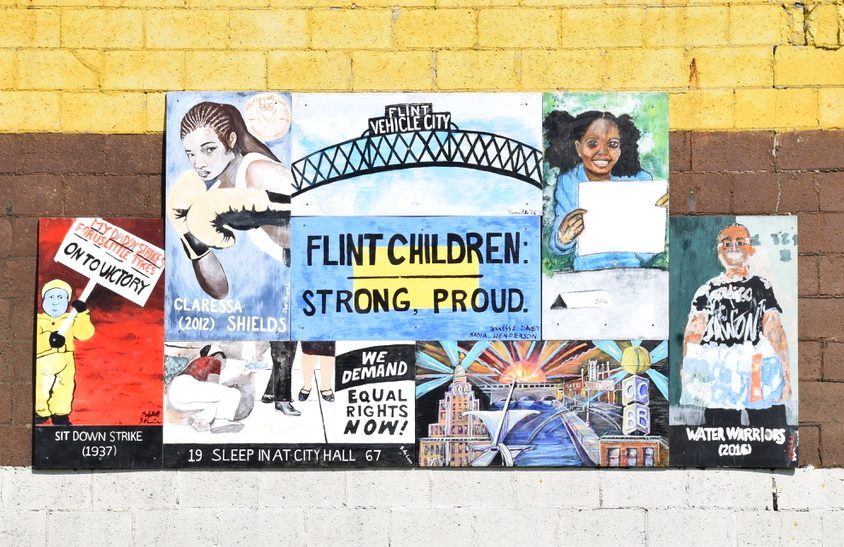 ANN ARBOR—A father missing his grown son. Two activists facing exhaustion and struggling to find hope. A demolition man from Los Angeles summoned to tear down abandoned houses. A pediatrician who treats children with lead poisoning. And an old-school barber concerned with the influx of hipsters looking for cheap rent. 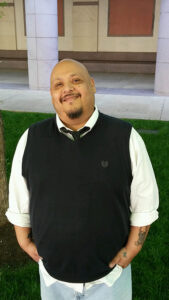 Residents, scientists, politicians—they all have a voice in José Casas’ new play, “Flint,” which will debut at U-M April 4-7 and 11-14 alongside a symposium and art exhibition before showing in Flint April 16.

Presented as a series of character monologues, the play was inspired by the victims of the Flint water crisis—which started when the city switched water supplies in 2014, exposing its citizens to dangerous levels of lead.

“When I applied for a job at Michigan around that time, I hadn’t heard of Flint,” said Casas, who has been an assistant professor of theatre & drama at the U-M School of Music, Theatre & Dance since 2016.

“As I started to do research on the crisis, I got more and more angry—which usually is the genesis of my work. What solidified it were the stories of people not receiving water because they were forced to show identification of citizenship. That was the moment I decided: if I’m coming to Michigan, I’m doing this play.”

Over the last two years, Casas conducted more than 80 individual interviews with those connected to the crisis in order to create the play, building a diverse, complicated and multilayered modern account of the city. All of the dialogue in the play is taken either from those interviews or from public record, which includes speeches by politicians or quotes in news articles.

“Some of the people I asked to interview; others I ran into. I met the character based on the actress at my gym, the cashier at Burger King. I really enjoyed those moments—where you’re not expecting to find a story and then you find one,” he said.

Casas, a native of Los Angeles, is a prominent playwright working primarily in the field of applied theater, which uses nontraditional settings and approaches as well as ethnographic and documentary techniques.

“I consider myself an issue-driven writer—I like to tell stories of communities that have been traditionally underserved or marginalized,” said Casas, who has previously written plays on topics ranging from bullying to the humanitarian crisis at the U.S.-Mexico border.

Casas enlisted Dexter Singleton, a Detroit native and alumnus of Western Michigan University and the Mosaic Youth Theatre to direct “Flint.” He is the current executive artistic director of Collective Consciousness Theatre in Connecticut.

Singleton started work on the play in September 2018, when he joined Casas to conduct a week-long workshop of the piece with a cast and crew of SMTD Theatre & Drama students.

It’s very much a play about what we take for granted. So many people talk about the arts as an escape from their real life, but then what do you do in real life? Are you actually engaging? I want people to come away from the play knowing the crisis in Flint isn’t over, and I want people to think about what change means in their own lives—whether it’s in Flint, in the university or in their own community.

The “workshop” is an essential process that gives playwrights the first opportunity to hear their work spoken by actors, with little or no staging. At the end of the week, public readings were held in both Ann Arbor and Flint. Casas invited community leaders, activists, elected officials and people whose interviews were written into the play to hear the first version of it.

“It was important for us to workshop the piece in Flint, specifically,” Casas said. “I really wanted their community to have a say in the outcome. I wanted their opinion, and I wanted to make sure that we were representing their vision, their struggles.”

He hopes the play will bring awareness to the persisting crisis in Flint, and also inspire audiences to think about how they might affect change through art in their own communities.

“It’s very much a play about what we take for granted,” Casas said. “So many people talk about the arts as an escape from their real life, but then what do you do in real life? Are you actually engaging? I want people to come away from the play knowing the crisis in Flint isn’t over, and I want people to think about what change means in their own lives—whether it’s in Flint, in the university or in their own community.”

“Flint” will premiere at the Arthur Miller Theatre April 4-7 and 11-14, in conjunction with an art exhibition April 7-11 at the U-M Duderstadt Center art gallery and a symposium April 4-5 at U-M’s Walgreen Drama Center. A free performance at the Flint Development Center will take place April 16 at 7 p.m., and a live-streamed performance is planned for April 19.

For performance times and ticket information, visit the Michigan League Ticket Office online or in person. The art exhibition and symposium are free and open to the public.