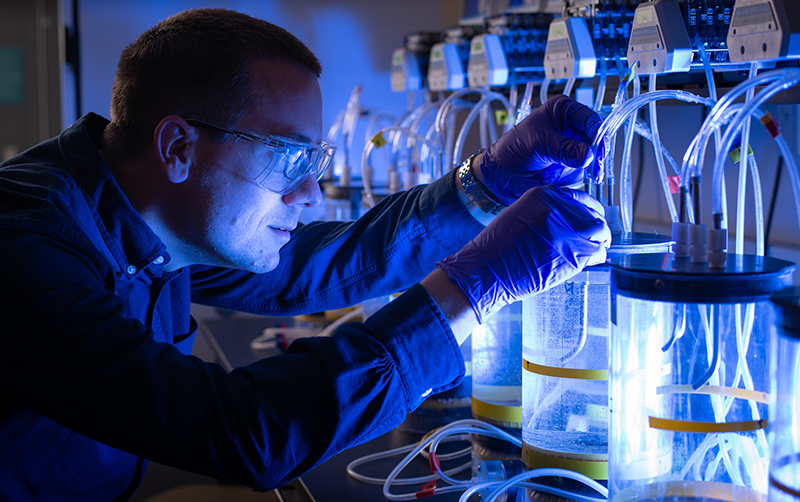 U-M, which has ranked No. 1 in research volume among the nation’s public universities for nine consecutive years, reported $1.62 billion in research expenditures during fiscal year 2019. That marks a 4.8% increase from FY18.

“Numbers like this are important in order to comprehend the vast amount of research and scholarship catalyzed by the University of Michigan, but even more important is our collective focus on how that funding benefits society as a whole,” said Rebecca Cunningham, U-M interim vice president for research.

“With continuous support from our internal and external partners, the university is well prepared to meet the challenges we face in a world of rapid change, and to continue our contributions to the public good.”

The National Institutes of Health remains the largest external sponsor of U-M research, and during FY19, the university conducted $572 million in research under contract with the federal agency. U-M also totaled $84 million in research expenditures last year from the Department of Defense, some of which funded a collaborative project with the U.S. Army to explore autonomous technologies for military ground vehicles.

Support from industry increased by 9% during FY19, as the university reported a record $118 million in total research expenditures from industry sources. Funding from industry advances a number of research projects, including an ongoing study in which Apple is partnering with U-M researchers to gather data on hearing that can provide insight on how sound levels may impact hearing health, stress levels and cardiovascular health.

U-M also continues to invest in its research enterprise, as internally funded research increased by 4.8% to $549 million during FY19. Institutional investment spurs the development of new multidisciplinary research initiatives, aids in faculty retention efforts and funds infrastructure projects such as laboratory renovations.

Research investment also translates into the creation of new products and services, and during FY19, U-M reported a record number of new inventions with 502 and a record number of startups with 22. Those startups, many of which operate in southeast Michigan, span sectors ranging from computer hardware and therapeutics to medical devices and materials science.

Ongoing research investment at U-M also has a positive ripple effect on the economy that drives global competitiveness and spurs new jobs. Between 2002 and 2017, U-M contributed $4.77 billion to the national economy through vendor contracts and subcontracts, according to the Institute for Research on Innovation and Science.

“The University of Michigan’s ongoing leadership in research productivity contributes to our standing as the nation’s premiere public research university,” said U-M President Mark Schlissel. “U-M’s research and scholarship benefit all communities in Michigan and beyond through the creation of new knowledge and technologies that transform how we live, work, learn and grow.”