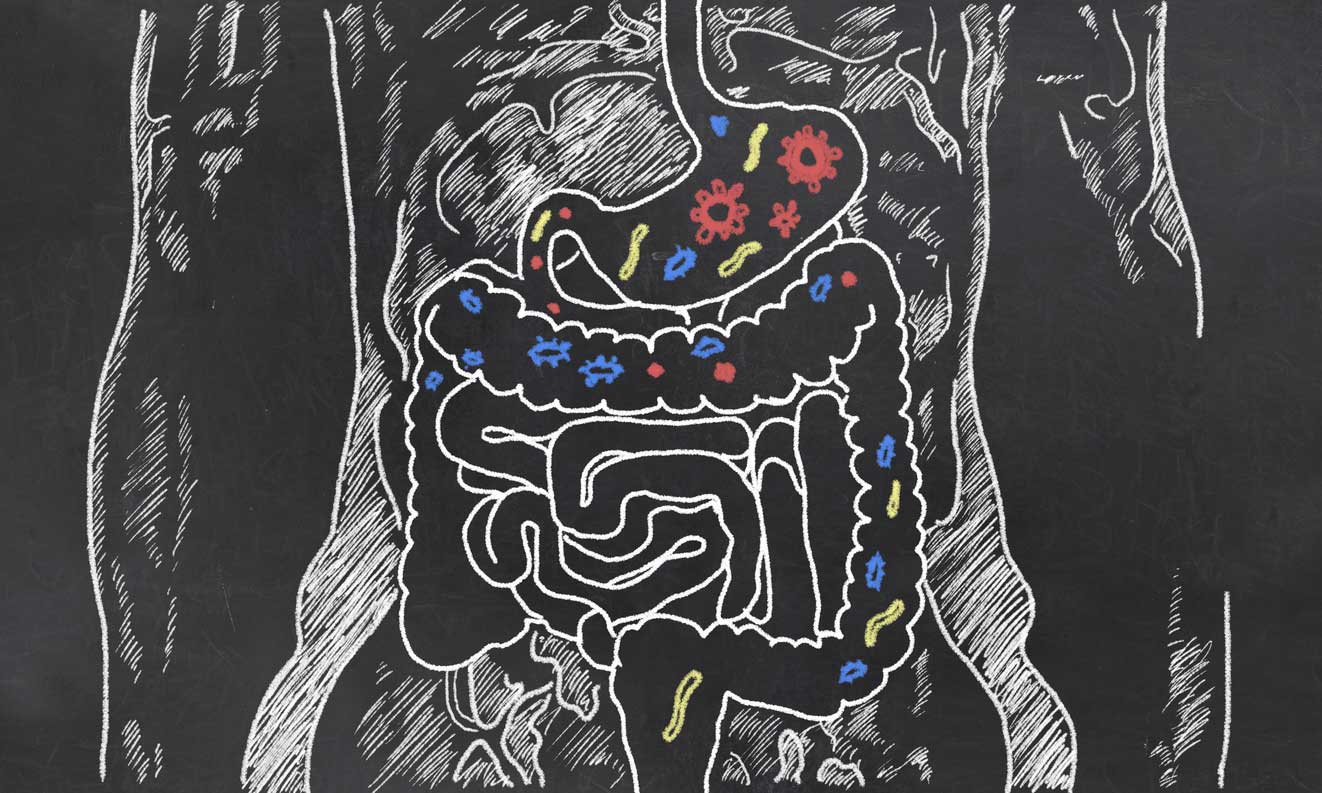 ANN ARBOR—For approximately 70 years, physicians have used a medication containing the active agent mesalamine to treat ulcerative colitis, but little was known about how the drug targeted the inflammatory bowel disease.

Now, a group of University of Michigan researchers have identified one of the ways by which mesalamine works.

Ulcerative colitis is part of a group of inflammatory bowel diseases that affect 1.6 million people in the United States, according to the Crohn’s and Colitis Foundation of America. One of the key characteristics of colitis is chronic inflammation of the colon. The U-M researchers discovered that mesalamine targets a bacterial stress response system that otherwise may help microorganisms survive in an environment of chronic inflammation.

Left unchecked, these microorganisms could cause greater infection, which then leads to more inflammation, and shutting down that system might help restore a microbiome healthy for the gut. The researchers, who include professor and lead author Ursula Jakob and postdoctoral student Jan-Ulrik Dahl, both of the Department of Molecular, Cellular and Developmental Biology, published their results today (Jan. 23) in the journal Nature Microbiology.

The microorganisms’ stress response system produces a substance called polyphosphate. Bacteria that are unable to make polyphosphate are less virulent, defective in forming antibiotic-resistant biofilms, less able to colonize the gut and are more sensitive to inflammatory oxidants, which are produced by our bodies to combat harmful bacteria.

Jakob, Dahl and co-workers, as well as researchers from the U-M College of Pharmacy and U-M Medical School, showed that mesalamine targets the production of polyphosphate and caused bacteria to behave as if they lacked this vital substance.

“We now know that mesalamine is making certain bacteria more sensitive to conditions they would encounter in the inflamed gut, which might explain how mesalamine treatment improves the gut microbiome,” said Jakob, the study’s lead investigator.

The researchers, who also include Jakob’s former postdoctoral student Michael Gray, screened thousands of molecules to find which of the molecules was stopping the bacteria from producing polyphosphate. This test turned up mesalamine. Spearheaded by professor Duxin Sun in the College of Pharmacy, the researchers then gave mesalamine to a group of healthy study participants.

After a period of time—up to seven hours after treatment—the researchers took samples from the participants’ gastrointestinal tracts. In the samples that did not show mesalamine, the study participants showed stable levels of polyphosphate. But that changed once mesalamine became detectable.

“The moment we could detect mesalamine, the polyphosphate levels dropped dramatically,” Dahl said.

The next step for the researchers will be to administer mesalamine to patients with colitis to study how their microbiome changes and to search for other uses for mesalamine.

“We do not want to say that this is the only mechanism by which mesalamine works,” Jakob said. “But it is clear that mesalamine has an effect on microbes and targets a very specific defense system in those bacteria.”

Funding for this study was provided by the National Institutes of Health and the German Research Foundation.