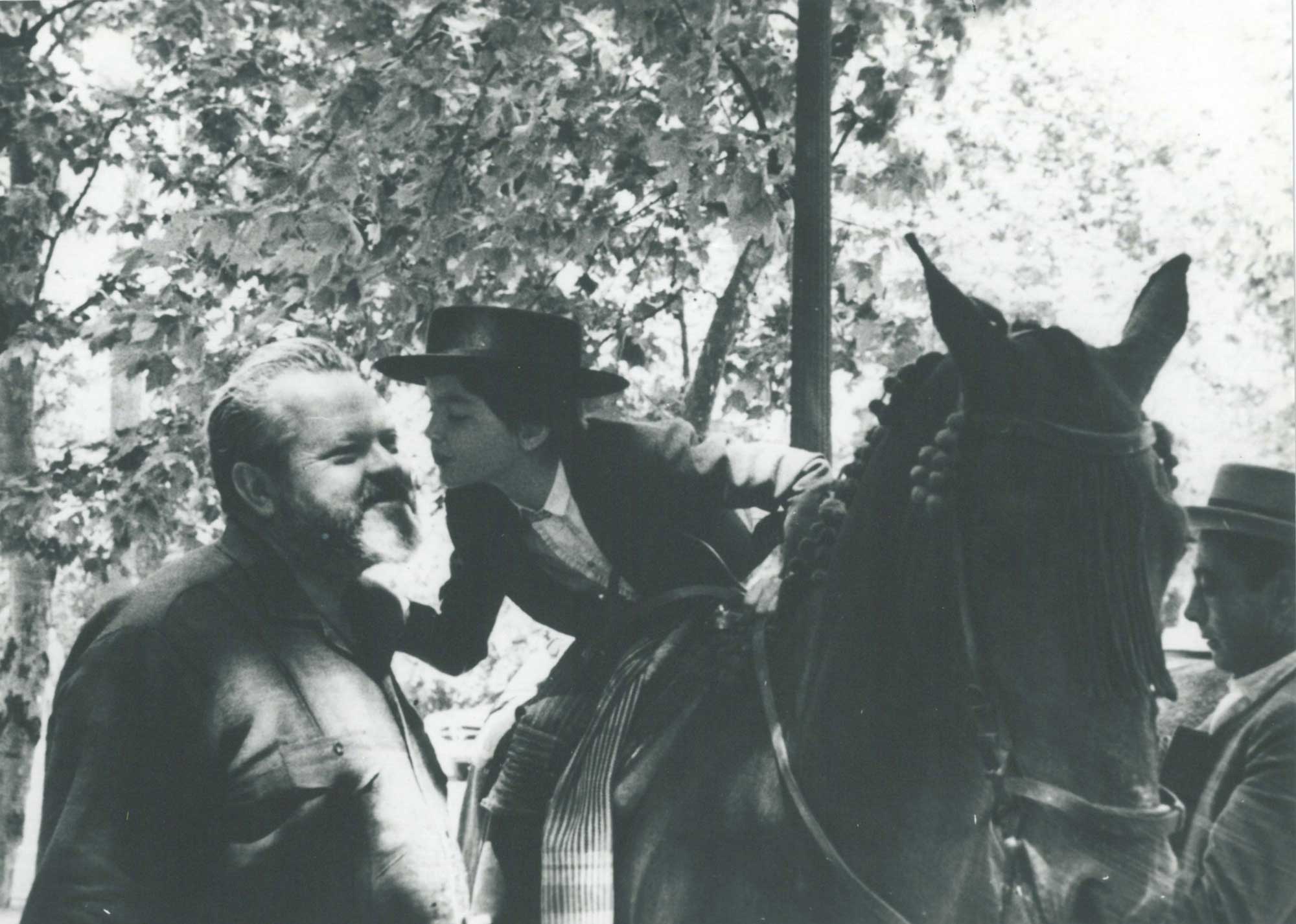 The daughter of renowned indie filmmaker Orson Welles and Italian actress Paola Mori, Beatrice Welles had a particularly extraordinary childhood. She was brought up jetsetting to different countries, playing on various film sets, interacting mostly with adults (her parents and their friends), and falling asleep to the rhythmic sounds of her father working on his typewriter late into every night.

“My father was very anti-establishment, so I didn’t spend my days in school. I was with my parents twenty-four, seven—we were inseparable, and we really lived our lives around his creative schedule,” Welles said. “Something that a lot of people don’t know about him is that he was always creating, always curious, always onto a new idea.”

The constant creativity she describes can be found within the documents and photos from her portion of her father’s estate that will join the U-M Library’s Screen Arts Mavericks & Makers collection, a popular archive highlighting visionaries in the genre of independent film.

“I’m really happy that his materials will go to Michigan as a complement to what is already there,” Welles said. “Part of my job is to protect my father’s legacy and to leave this information in good hands. I also think it is important to try to keep his things together—since he lived and traveled all over the world, so many of these items were never in one place at any point in his life.” 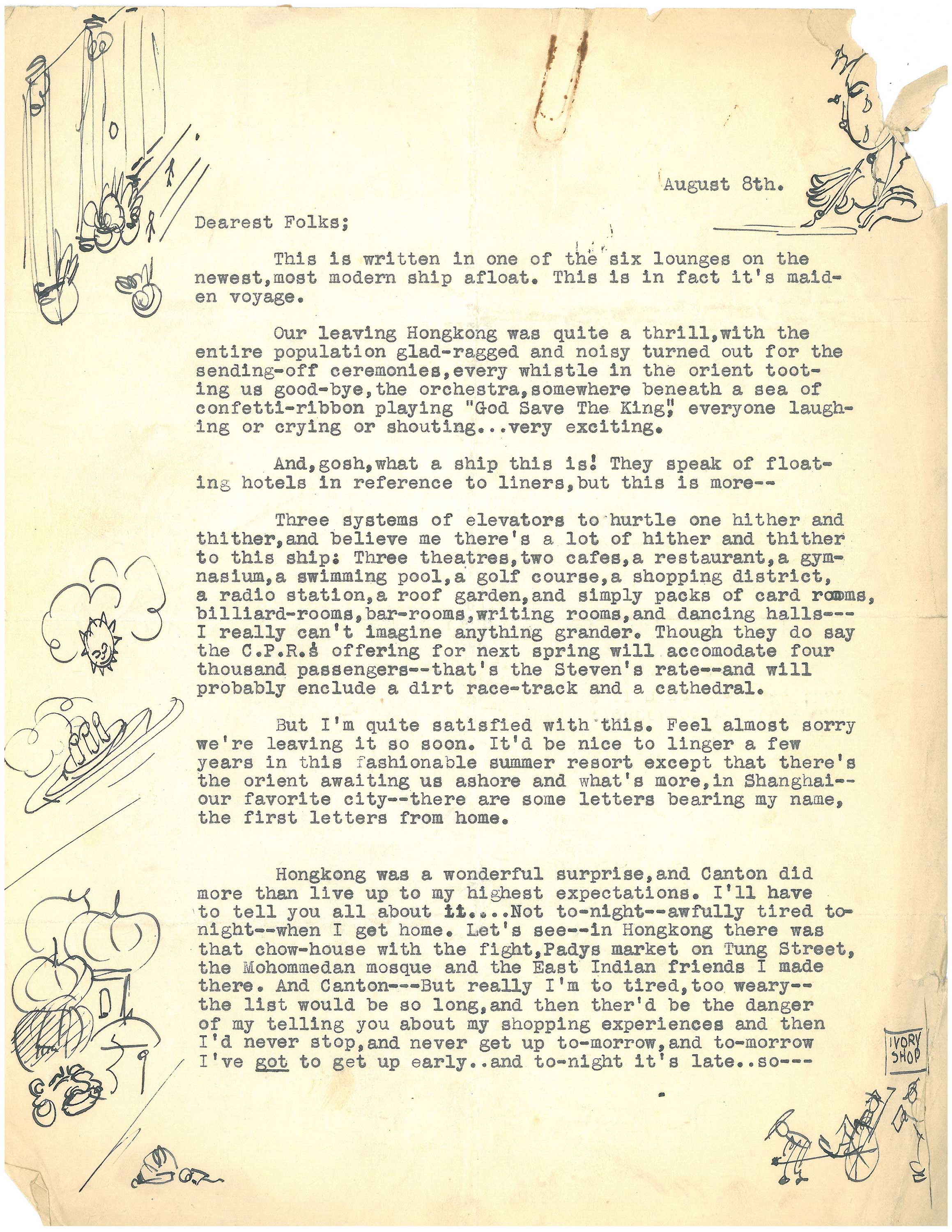 A letter dated August 8, 1930 from Welles to his beloved friend Dr. Maurice Bernstein, whom he called “Dada.” Welles recounts a recent visit to Hong Kong through words and sketches. Image courtesy: University of Michigan Library, Special CollectionsArchivists have received approximately 21 linear feet of material that unveils a portion of Orson Welles’ life and career that few have ever had access to.

“This collection from Beatrice Welles marks the University of Michigan as the top institution to go to for comprehensive research of Orson Welles’ life and career,” said Philip Hallman, curator of U-M’s Mavericks & Makers collection. “It contains a lot of missing pieces from the ’50s and ’60s that represent his many identities—Welles as an artist, Welles as a young man, Welles as a father, Welles as a husband.”

Orson Welles, who died at age 70 in 1985, is best remembered for his innovative work in radio, theater, television and film. His 1938 broadcast of H.G. Wells’ “The War of the Worlds” and 1941 film “Citizen Kane,” which he co-wrote, produced, directed and starred in, are among some of the most memorable creative works of the 20th century.

According to Hallman, the few projects that he completed and is remembered for represent only a small part of his artistic output.

“His legacy is sometimes synonymous with failure and that’s really not accurate,” he said. “With painters and other kinds of artists, they work on a different scale and in a different way. Filmmaking is an artform where we tend to only look at a finished product as a measurement of how talented they are.”

The new collection from Beatrice Welles contains more than 70 scripts for film, television and stage, many completed but never brought into production.

Hallman says that Welles was writing for television as it became a new medium in the 1950s, which represents a large portion of what can be found in the new archive.

“Many Welles fans and scholars know about the existence of some of these materials, but most have never actually seen the work itself,” he said.

In addition to the scripts, other items of note included in the collection are family photographs, letters and telegrams to and from Paola Mori, and correspondence in the 1920s and ’30s with family friend and physician Maurice Bernstein, whom he considered to be a father figure.

U-M welcomed the first addition to the Welles archive back in 2005, and since then, it has grown substantially to become the most extensive international collection of items and materials that span Welles’ life and career.