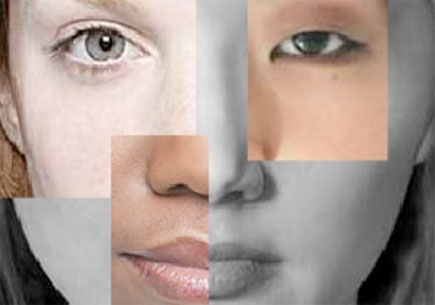 ANN ARBOR—Few subjects provoke as strong a visceral response as the topic of race. One-hundred-and-fifty years after the United States was nearly fractured by the battle over slavery and more than a half-century since the modern Civil Rights Movement emerged, the University of Michigan is launching the Understanding Race Project.

From January through April, an extensive range of public exhibits, performances, lectures, symposia and more than 130 courses in several disciplines will explore the concept of race and its impacts. The historical, cultural, psychological and legal interpretations of race will be examined from both national and global perspectives.

Highlights of the project include the “Race: Are We So Different?” exhibit developed by the American Anthropological Association and the Science Museum of Minnesota and “IndiVisible: African-Native American Lives in the Americas,” a Smithsonian Institution Traveling Exhibit.

Morris Dees, co-founder of the Southern Poverty Law Center; Angela Davis, educator and civil rights activist; and Cory Booker, mayor of Newark, N.J., are among the dozens of lecturers speaking at U-M as part of the project

The Understanding Race Winter 2013 Theme Semester is part of the project and offers courses that examine national and global ideas about race as well as challenges to racism. Dozens of symposia, lectures and other events are included as part of the semester, which is sponsored by U-M’s College of Literature, Science, and the Arts.

“We invite both the U-M community and the public to join the discussion to learn more about how social constructs like race have defined substantial portions of our history and continue to impact our lives today.”

The project is beginning as racial prejudice is increasing in the United States, with 51 percent of Americans expressing anti-black attitudes in October 2012, compared with 48 percent in 2008, according to recent polls by the Associated Press.

The “Race: Are We So Different?” exhibit at the U-M Museum of Natural History will be the cornerstone for the theme semester. Visitors will see a mosaic of photos, graphics, interactive displays and artifacts to learn about the history of the idea of race and to evoke an everyday portrait of what it means to live with race as a reference for personal identity, cultural construct and political constituency.

“The exhibit offers many entry points into the conversation about race,” Harris said. “It’s a compelling way to encourage people to explore connections and learn how they are impacted by race, whether it’s personally, socially or politically.”

More than 130 courses in psychology, history, anthropology, gender studies, Afroamerican and African studies and other disciplines will incorporate race and related subjects.

In November, the U-M Museum of Natural History opened the “Race in This Place” exhibit featuring video conversations about race with Washtenaw County residents. The Understanding Race Project also engages community residents and organizations and involves all 10 public school districts in the county.

“The conversation about race is local, but the critical debate about race is international,” said Harris, who noted “Understanding Race” would continue after the semester ends in April. “This is a healthy, positive public discussion, regardless of your race and ethnicity, and we look forward to an extended conversation with the community.”

WHAT: IndiVisible: African-Native American Lives in the Americas, a Smithsonian Institution Traveling Exhibit
WHEN: Jan. 9-31
DESCRIPTION: The story of people who share African American and Native American ancestry has long been invisible. For 500 years or more, African American and Native people have come together, creating shared histories, communities and ways of life. Often divided by prejudice, laws or twists of history, African-Native Americans are united by a double heritage that is truly indivisible.
WHERE: Duderstadt Center Gallery on U-M’s North Campus, 2281 Bonisteel Blvd., Ann Arbor. The gallery is open Noon-6 p.m. Monday through Friday, and Noon-5 p.m. on Sundays. The gallery will be open from Noon-6 p.m. on Martin Luther King Day.

WHAT: “Identities in Red, Black and White: A Roundtable Discussion”
WHEN:  4-6 p.m. Jan. 10
DESCRIPTION: This public program will address mixed-race identities from autobiographical and storytelling perspectives and within the context of social and cultural analysis.
EXPERTS: Roundtable panelists express a mixed native identity of some kind—whether that connection is via family ties and/or cultural ties, including:

WHAT: Angela Davis, “Impediments to the Dream: The Prison Industrial Complex and the Dream”
WHEN: 2 p.m. Jan. 21
DESCRIPTION: Angela Davis, author, lecturer, political activist and Distinguished Professor Emerita at the University of California, Santa Cruz, is internationally known for her decades of work fighting oppression of all forms. She is a founding member of Critical Resistance, a national organization dedicated to eliminating the prison industrial complex. After her remarks, Davis will sign copies of her recent book, “The Meaning of Freedom.”
WHERE: Rogel Ballroom, Michigan Union, 530 S. State St., Ann Arbor.

WHAT: Cory Booker, mayor of Newark, N.J., “Urban Renewal and the Promise of King’s Dream”
WHEN: 4 p.m. Jan. 21
DESCRIPTION: Booker is successfully marshaling resources to provide New Jersey’s largest city, Newark, with security, economic abundance and an empowering and nurturing environment for individuals and families. Booker was named to the 2011 TIME 100, in recognition of the many civic advancements he has helped lead in Newark.
WHERE: U-M Law School, Hutchins Hall, Room 100, 625 S. State St., Ann Arbor.