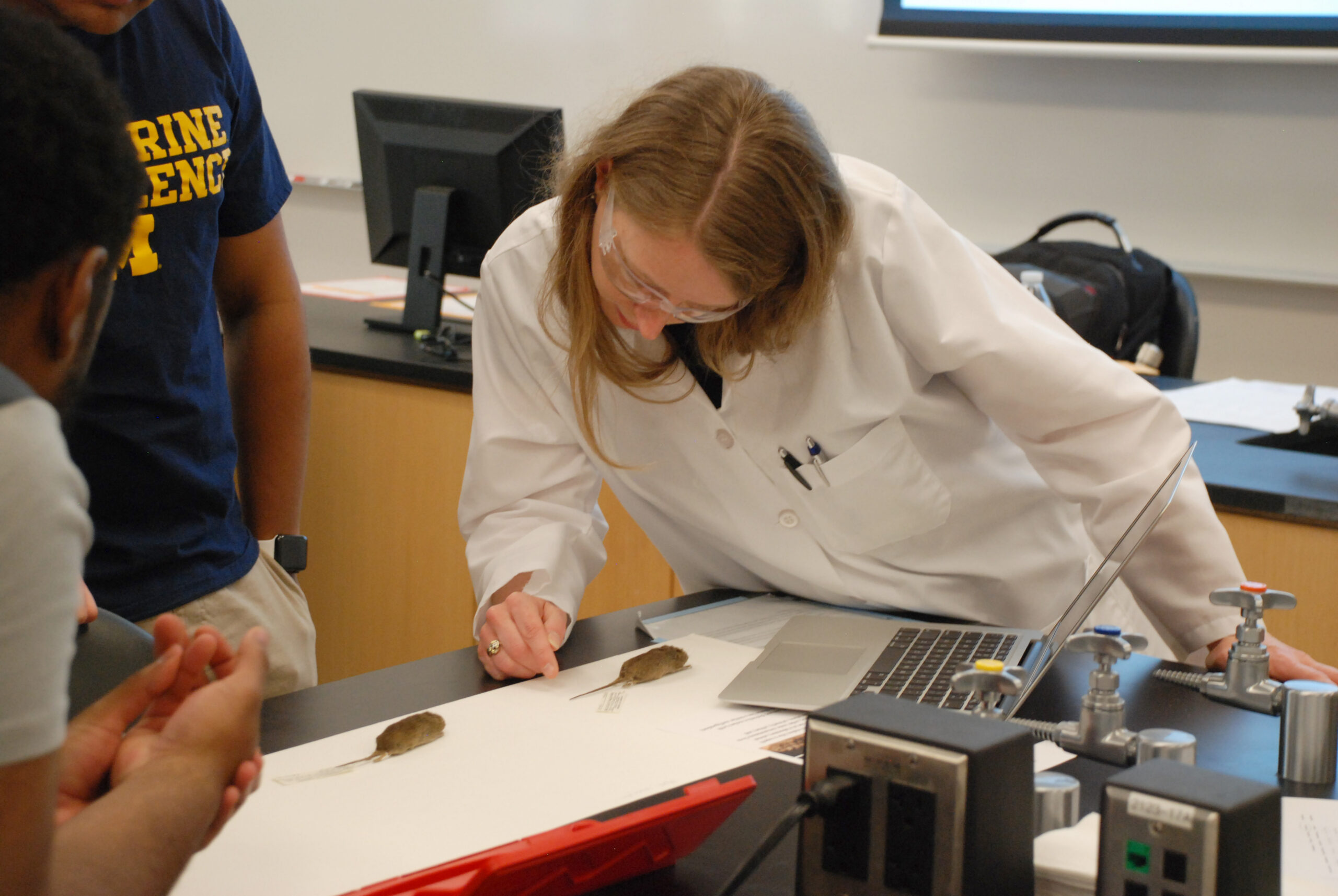 ANN ARBOR—Beginning biology students throughout the country could soon use preserved chipmunks, squirrels, mice and other specimens in natural history museums to form and test hypotheses in an unusual, hands-on teaching module developed by scientists and educators at the University of Michigan.

The teaching unit was developed to allow first- and second-year biology students access to specimens in U-M’s vast Museum of Zoology where they could form questions, collect data and test their hypotheses. Details of how to teach the module are published in the journal CourseSource.

Students who completed the module showed a 74% increase in knowledge of biodiversity and museum research.

“If a university or high school educator is interested in doing a laboratory module like this, every single thing they need to replicate it in their own setting is provided,” said Cindee Giffen, a lecturer in U-M’s Department of Ecology and Evolutionary Biology who co-wrote the journal article and helped design the module.

“We have 20 different pieces of supplemental material, PowerPoint slides, a script, the main points the instructor should get across in each slide, materials for the students to use in class. You can read about what inspired us to do this lab, how we did it in our setting, take our materials and edit as you wish.”

UM’s Museum of Zoology is huge, with 13 million research specimens, some dating back more than 100 years. 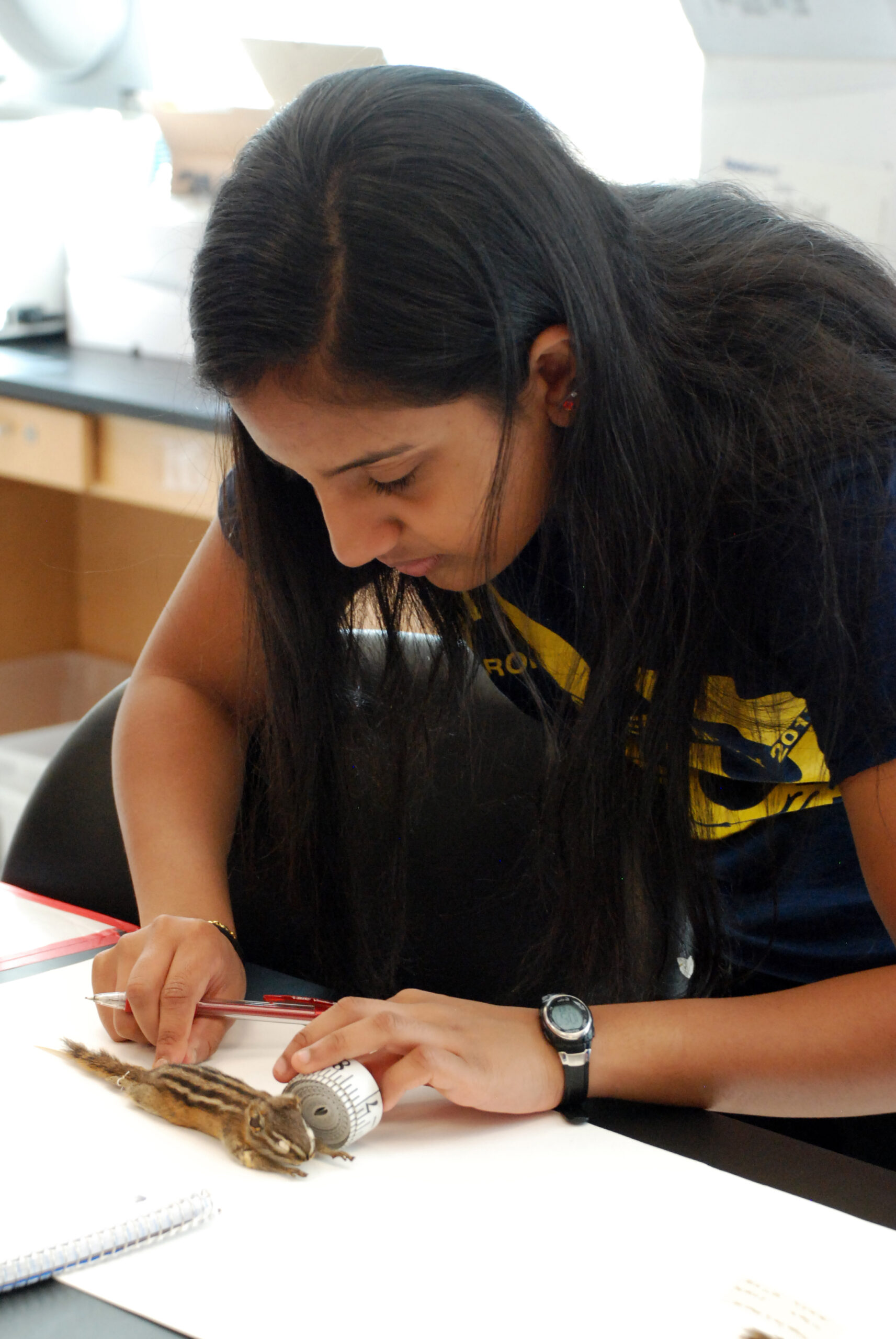 Lisa Walsh, doctoral student in the Department of Ecology and Evolutionary Biology and at the U-M Museum of Zoology, also co-wrote and co-designed the program. She wanted to get early biology students into the Museum of Zoology so they could see how valuable the thousands of specimens—cataloged and stored in drawers—are for scientific research, especially in the area of biodiversity.

“We give the students background knowledge and say, ‘Here is everything you could measure, why don’t you ask a question and pursue it,'” Walsh said. “Regardless of your discipline, if students have ownership of their learning, it is more likely to stick with them.

“And with science, this is what scientists actually do. They get background knowledge, ask questions and answer them. We’re trying to make this as authentic as possible.”

Biodiversity, which is the variety of life in a particular habitat, is a growing area of concern among scientists. Earlier this year, the Intergovernmental Science-Policy Platform on Biodiversity and Ecosystem Services reported that 1 million plant and animal species across the globe were at risk of extinction because of human actions.

The U-M module raises awareness of this growing issue by letting students test for themselves how humans affect their environment by looking at samples, some going back decades. Many students who participated in the unit had no idea the variety of mammals around them, prior to accessing the museum’s collection.

When U-M students participated in the lab, one group that particularly impressed Walsh studied chipmunks, hypothesizing that chipmunks in urban areas would have shorter tails because there would be more cars—and a longer tail might make it more likely the animal would be run over. The students measured the tails of specimens going back decades. They also ran their measurements against census data to clearly identify urban versus rural areas.

And what did they find? While one species of chipmunk did not have any difference in tail length, the smallest chipmunk species in Michigan did have smaller tails when they lived in urban areas, Walsh said. 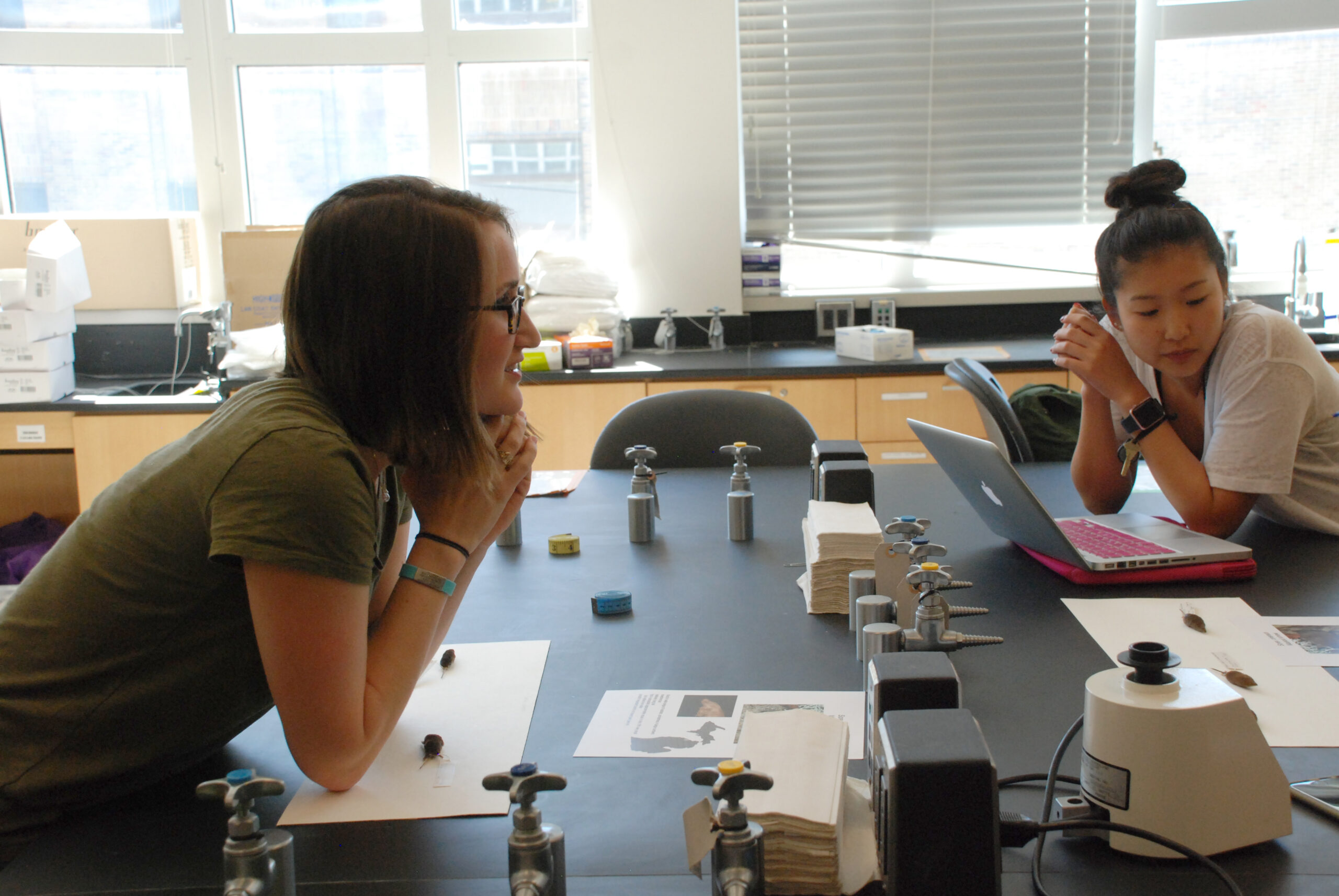 One way educators in high schools or universities without natural science museums can replicate this program is by accessing VertNet, a free National Science Foundation-funded effort to make biodiversity data available on the web from more than 100 research museums.

While the U-M Museum of Zoology recently moved into a new, state-of-the-art facility, natural history museums at many universities throughout the country have recently been at risk for funding cuts, Giffen said. She hopes learning modules like this can make a difference by showing how valuable such collections are to facilitate student learning.

Besides Walsh and Giffen, the article was co-written and teaching module designed by Cody Thompson, U-M’s Mammal Division collection manager in the Museum of Zoology.