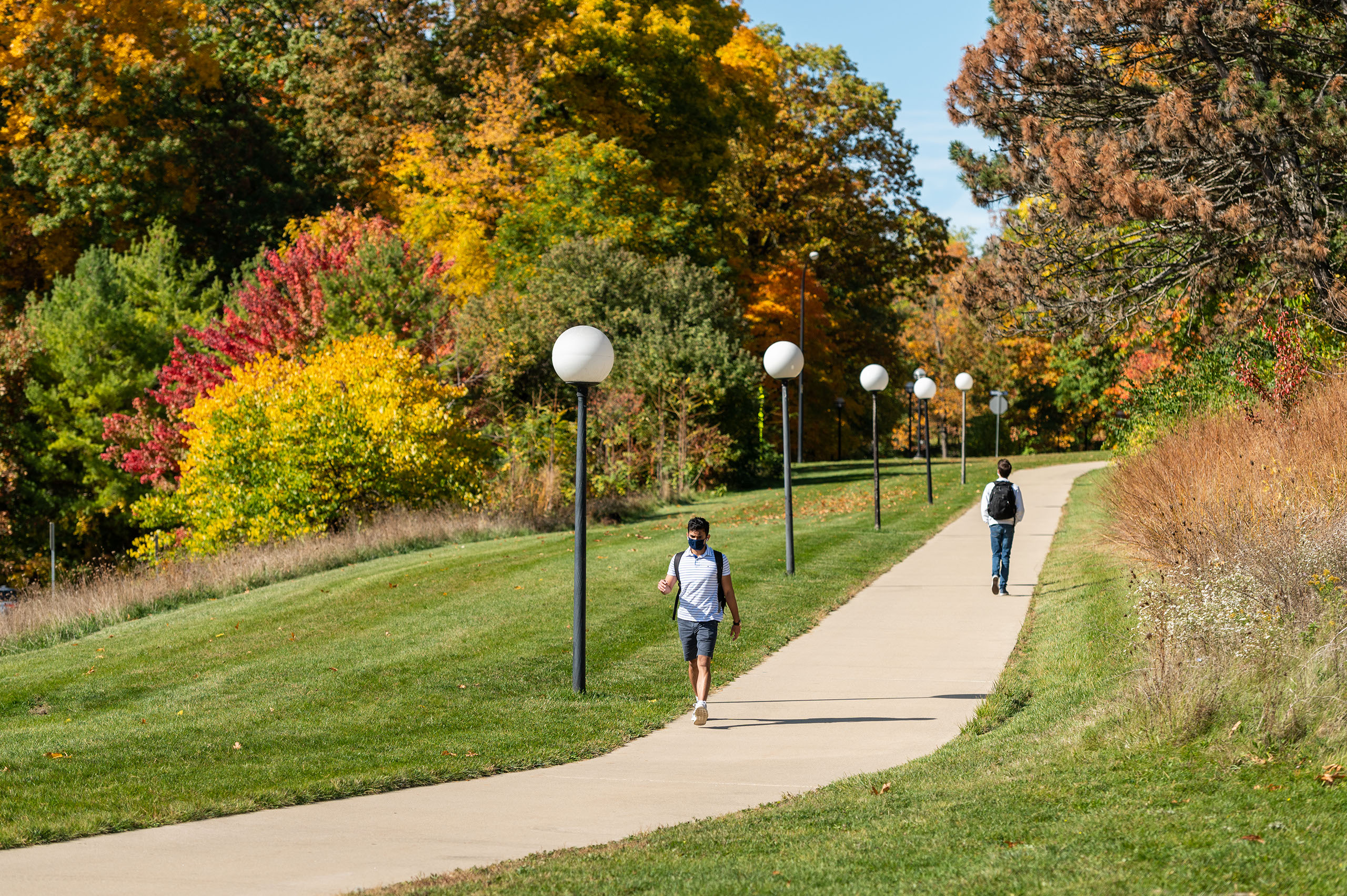 Each year, up to 50 Marshall Scholars are chosen and awarded the full cost of attendance for 1-2 years of graduate study at any institution in the United Kingdom in any field of study. Founded in 1953, the program selects scholars based on their academic merit, leadership and ambassadorial potential.

The Schwarzman Scholars program, established in 2016, is designed to build students’ leadership abilities and deepen their knowledge of China and global affairs. More than 150 scholars from around the world were chosen as 2022 Schwarzman Scholars and will begin a multidisciplinary one-year master’s degree at Tsinghua University in Beijing next August.

Max Hammer, a senior in the College of Literature, Sciences, and the Arts, becomes U-M’s 11th Marshall Scholar since the program began. He is one of 46 recipients of the 2021 scholarship, given to U.S. citizens who recently completed a bachelor’s degree at an American college or university.

An Ann Arbor native, Hammer is a four-time national champion and Pan American champion rock climber and founded the Michigan Climbing Team, which is now an official club sport. He also is an executive board member of the Michigan Club Sports Council. Among other academic awards, he received the Otto Graf Scholarship and the William J. Branstrom Freshman Award.

“I chose to apply for this scholarship primarily for the intellectual freedom to devote two years to studying what most excited me and topics that I would not otherwise be able to dive deeply into during my medical training,” Hammer said. “Pursue what you are passionate about.”

After the Marshall, Hammer will pursue an M.D.-Ph.D. to become a physician scientist. He is passionate about pediatric medicine and wants a career dedicated towards serving children in need.

“I have a long educational road ahead of me, so I have been trying to make choices that allow me to love the experiences I am having during this process instead of feeling like I am putting my life on hold to build my resume or ‘get to’ my career,” Hammer said.

Plans to recharge during this long journey are also set.

“I am also definitely looking forward to climbing throughout the U.K. on the beautiful and unique rock features there, especially the gorgeous Scottish highlands,” he said.

Prior to this year, U-M had two Schwarzman Scholars but quadrupled the number of recipients, overall, with the 2022 class.

“We are thrilled to have six Schwarzman Scholars this year. Our class of scholars represent a variety of academic backgrounds: Ross business, Ford public policy, LSA economics, mathematics, physics and philosophy,” said Henry Dyson, director of the U-M Office of National Scholarships and Fellowships.

“They include both graduating seniors and recent alums who have been working in industry and finance and demonstrated leadership potential in their fields and an articulate vision, developed through the application and interview process, of how a better understanding of China is important to their future career trajectory.”

U-M’s Schwarzman Scholars include: Karuna Nandkumar, a student in the Ford School of Public Policy; Jiaheng He, an LSA student in physics; Ziqi (Will) Wang, an LSA student in mathematics of finance; Philip Ruffini, a graduate of the Ross School of Business; and LSA graduates John Petrie (philosophy and economics) and Shivam Shankar Singh (economics).

The six new scholars will pursue master’s degrees in global affairs. The program combines coursework and cultural immersion with personal and professional development opportunities to equip students with a well-rounded understanding of China’s changing role in the world.

“The members of this cohort will play crucial roles in increasing mutual understanding between China and the rest of the world, now and for years to come,” said Cordel Faulk, director of global admissions at Schwarzman Scholars. “I am thrilled to welcome this incredible group at a moment when the world needs global leaders more than ever before.”

Nandkumar will study public policy, focusing on diplomacy and international security. She is the president for the Michigan Foreign Policy Council at U-M and worked as an intern at the U.S. Embassy in Mexico City.

“I am incredibly honored to have the opportunity to form those relationships with rising leaders from around the world in Beijing,” Nandkumar said. “Through the Schwarzman process, I developed a deeper understanding of how my background navigating relationships between the different cultures in my own family fuels my desire to facilitate cross-cultural relationships on an international scale.”

After returning from Schwarzman with a deeper understanding of China-U.S. relations and Chinese foreign policy, Nandkumar hopes to work as a political foreign service officer in the U.S. State Department.

“As an aspiring diplomat, I applied to the program to gain a level of understanding of Chinese culture, history, and foreign policy impossible to gain outside of China,” Nandkumar said. “I hope to return to the U.S. better prepared to find windows of agreement for cross-cultural collaboration, alongside a network of peers similarly striving to lead positive change across the globe.”

LSA graduate John Petrie majored in philosophy and economics. Since finishing college, he has been working as a management consultant and plans to use business to create healthier and more sustainable alternatives to existing industries.

“The program is a unique opportunity to learn about China firsthand, while living and learning alongside a diverse global cohort,” he said. “As a scholar, I hope to develop my understanding of the Chinese sustainable food market, and build strong relationships with other scholars.”