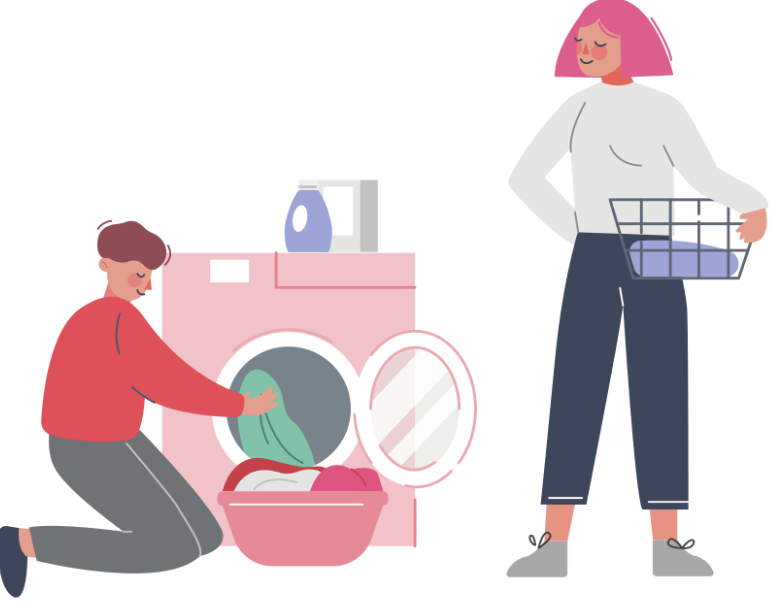 Living with your romantic partner? Don’t take them for granted.

Rather than lavish your partner with jewelry, flowers or an expensive gift to celebrate Valentine’s Day, give something that would be equally—and perhaps—even more appreciated by your significant other, especially if they tend to take on more of the household chores: a gift of gratitude.

A heartfelt thank you can go a long way, at least according to a new University of Michigan study. People feel less satisfied with their relationships in the moment and become less satisfied over time when they report doing more than their fair share of household chores. Those negative feelings, however, disappear when they feel appreciated by their partners.

The compliments also result in another benefit.

“Feeling appreciated also appeared to buffer against the negative effects of doing less, suggesting that feeling appreciated may offset the relational costs of unequal division of labor, regardless of who contributes more,” said Amie Gordon, assistant professor of psychology and the study’s lead author.

While an equal distribution of household labor between partners is ideal, inequality is common. And when that happens, relationships can suffer.

In a study appearing in an upcoming issue of Psych Science, Gordon and her collaborators used data from three samples comprising nearly 2,200 people from the United States and Canada during the early stages of the COVID-19 pandemic.

They tracked two of the samples over six and nine months to assess relationship changes. During this period, couples spent more time at home with less outside help, often caring for children, and experienced significant changes in employment, making it an especially relevant time to examine division of labor.

While many people believed that both partners contribute equally to household chores, over half said one person contributes more effort than their partner (with most of those people reporting that they do more chores than their partner). When the latter occurs, people feel less satisfied, both with the distribution of labor and with their relationship. This is especially true if they feel they are doing more than their fair share.

However, these effects were not observed among those who feel more appreciated.

Women, not surprisingly, did more chores, but researchers did not find evidence that gender differences meaningfully explained or changed the buffering effects of appreciation in the sample’s primarily mixed-gender couples, Gordon said. In addition, while people who did not have outside employment did more household labor, effects did not differ based on whether or not participants worked outside the home.

The findings also indicate that the associations between perceived child care and financial distribution of labor and relationship satisfaction are weak or nonexistent, and feeling appreciated does not moderate the effects, suggesting that household labor might play a unique role in relationships.

The study’s co-authors also include Emily Cross and Amy Muise of York University (Toronto); Esra Ascigil of the University of Michigan; Rhonda Balzarini of Texas State University; and Anna Luerssen of City University of New York.