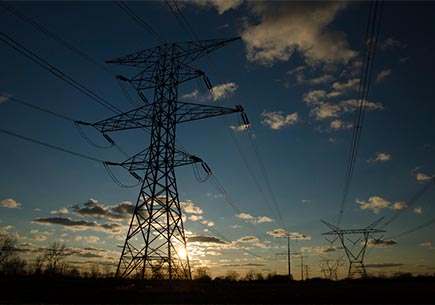 ANN ARBOR—Consumers, on average, believe home energy bills would have to nearly double before forcing them to make lifestyle changes to save on costs, according to a new University of Michigan survey.

Conducted for the first time last fall, the U-M Energy Survey found that consumers anticipate a proportionally greater rise in home energy bills than in the price of gasoline—30 percent for home energy versus 15 percent for gasoline—over the next five years.

According to federal data, the average U.S. household spent about $2,000 last year on home energy, including electricity and other household fuels, and an average of $2,900 per year on gasoline.

A joint effort of the U-M Energy Institute and Institute for Social Research, the quarterly survey gauges consumer perceptions and beliefs about key energy-related concerns including affordability, reliability and impact on the environment.

“Our initial results offer intriguing insights about the aspects of energy that matter most to American households,” said survey project director John DeCicco, research professor at the U-M Energy Institute. “Cost is a foremost energy issue in the minds of most consumers, and this survey will enable us to track both current concerns and future expectations as households are buffeted by events that inevitably impact energy supply and demand.”

Three-quarters of consumers in the survey said that energy impacts the environment by at least a fair amount, and 86 percent felt that environmental effects due to energy would increase or remain the same in the future. When asked about which aspect of the environment was most affected by energy use, 41 percent of consumers identified the air, followed by global warming (24 percent), water (16 percent) and personal health (16 percent).

The U-M Energy Survey will be a valuable new tool for policymakers, energy-related businesses and the public at large as energy issues take on even greater importance in the years ahead. John DeCicco

Another striking result is that U.S. households are just as concerned about the environmental impact of energy use as they are about its affordability, DeCicco said.

“We found that 60 percent of respondents said that they ‘personally worry’ about the impact of energy on the environment a great deal or a fair amount,” he said, noting that this level of response is statistically indistinguishable from respondents’ degree of concern about the affordability of their energy.

The U-M Energy Survey will be administered four times a year through a set of questions added quarterly to the Thomson Reuters/University of Michigan Surveys of Consumers, conducted by ISR since 1946. Energy data will be made available through public archives generally less than a year after each new sample is analyzed.

“The U-M Energy Survey will be a valuable new tool for policymakers, energy-related businesses and the public at large as energy issues take on even greater importance in the years ahead,” DeCicco said.

University of Michigan Energy Institute
The demand for economically and environmentally sound energy solutions is urgent and global. The Energy Institute builds on the University of Michigan’s strong energy research heritage at the heart of the nation’s automotive and manufacturing industries to develop and integrate science, technology and policy solutions to pressing energy challenges. Visit http://energy.umich.edu (institute website) or http://bit.ly/1cVdy9t (survey).

Thomson Reuters/University of Michigan Surveys of Consumers
Based on telephone interviews with 500 U.S. households conducted every month, the Surveys of Consumers is a rotating panel survey based on a nationally representative sample that gives each household in the coterminous U.S. an equal probability of being selected. Visit http://press.sca.isr.umich.edu.

Institute for Social Research
Established in 1949, the University of Michigan Institute for Social Research is the world’s largest academic social science survey and research organization, and a world leader in developing and applying social science methodology, and in educating researchers and students from around the world. Visit http://isr.umich.edu.