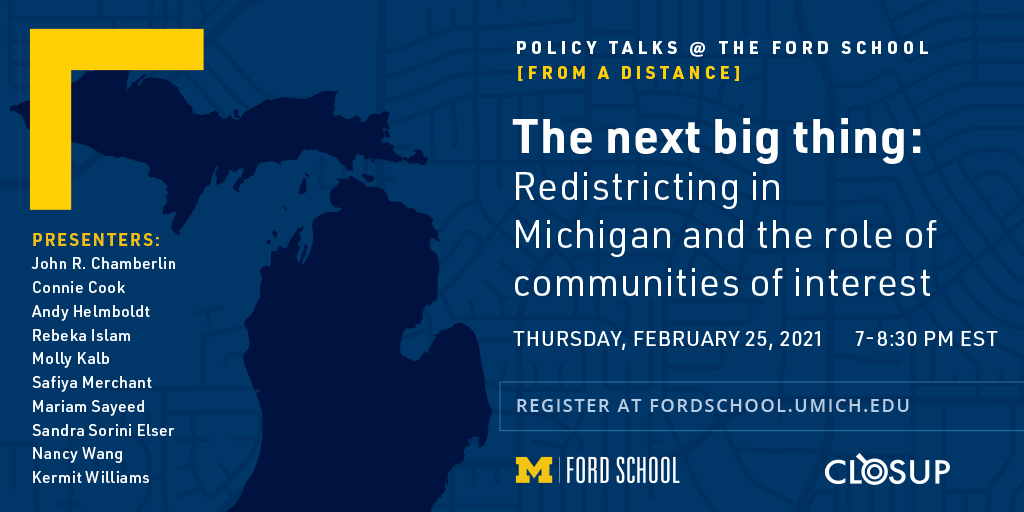 EVENT: Michigan voters in 2018 approved a constitutional amendment to change how redistricting is done, removing the process from the purview of the state legislature and placing it in the hands of the new Michigan Independent Citizens Redistricting Commission. The amendment also prescribes priorities the MICRC must address when drawing new district maps, placing the concept of communities of interest near the top of the list.

While COIs (PDF) have been a part of redistricting in other states, the concept is new in Michigan and not yet widely understood. This webinar aims to help educate stakeholders about COIs: what they are, the role they will play in the redistricting process, and how they can strategize and engage effectively in that process.

PLACE: The virtual event is open to the public.

SPONSORS: Center for Local, State, and Urban Policy; Program in Practical Policy Engagement; Detroit Public TV; Ford School of Public Policy; and Voters Not Politicians, the citizen-led organization that spearheaded the effort to pass the amendment