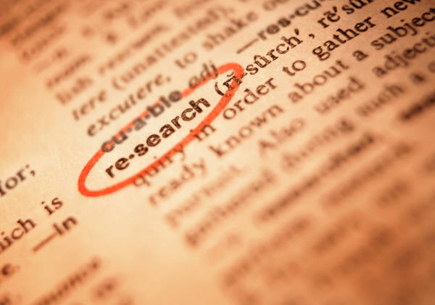 ANN ARBOR — For the third straight year, the University of Michigan ranks first in research and development spending among the nation’s public universities, according to the latest numbers from the U.S. National Science Foundation.

The annual rankings, released Monday by the federal agency, show U-M atop the R&D expenditures list for public universities and behind only Johns Hopkins University on the list of all U.S. universities and colleges. The latest NSF rankings cover fiscal year 2011.

“Our continuing success in expanding our research enterprise is a direct measure of the exceptional energy and creativity of our faculty and students,” said Stephen Forrest, U-M vice president for research.

“Our research enterprise is central to our mission as a public university, because the excellence of our scholarship is key to educating students at the forefront of human understanding, and it fuels our collective spirit of inquiry, innovation and entrepreneurship. Innovation is the engine that invigorates and drives both the regional and national economies,” Forrest said.

The fiscal year 2011 results mark the 13th time in the past 27 years that U-M has held the top position among the nation’s public universities. U-M held that distinction every year from 1991 through 1999.

In fiscal year 2011, federal funds accounted for 64.1 percent of the research spending at the U-M’s Ann Arbor campus, including $113 million from the American Recovery and Reinvestment Act of 2009 (ARRA), often called the stimulus bill.

Nationwide, university spending on research and development in all fields continued to increase between fiscal years 2010 and 2011, rising from $61.2 billion to $65.1 billion, according to NSF. Funding from ARRA was responsible for much of the increase, accounting for expenditures totaling $4.2 billion in fiscal year 2011. ARRA funding represented 10.2 percent of the federally funded R&D expenditures for the fiscal year.

In September, U-M announced that it spent a record $1.27 billion in fiscal year 2012, which ended June 30. NSF’s fiscal year 2012 total for U-M will be included in the agency’s next annual report on R&D spending.