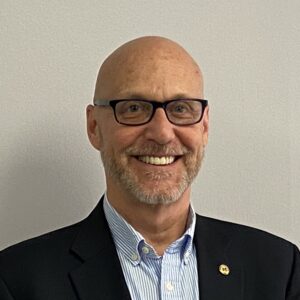 When the full story is written about how the COVID-19 pandemic rocked industries and economies, small-to-mid-sized businesses will certainly encapsulate the struggle, endurance, resilience on a human scale.

The University of Michigan’s Economic Growth Institute helps many such enterprises work through this crisis, as they did during the Great Recession more than a decade ago. Institute Associate Director Steven Wilson discusses some of what he and his colleagues are doing now and what they have learned in times of turmoil.

Clearly, this is a dramatic, sudden shift for so many industries. What are the first steps you take with companies that lost a major line of business or even all of it?

The first thing we do when this kind of impact happens is try to understand which parts of the supply chain, depending on the industry sector that was impacted, are affected the most. Those are sort of the lead dominoes. If you can catch them early, you can prevent others from falling. In this case, it was quite sudden and broad. We learned quickly, though, that defense contractors were going to keep going and that was a subset we could put aside and know they are operating under certain conditions with the precautions they have to take. And then we started identifying those that were going to be completely out of operations but had skill sets and processes that could be applied to the emergency situation: making protective garments, protective equipment for the medical supply and parts for pumps to spray disinfectants and respirators, for example.

People are interested in the companies that are retooling production, particularly those making needed medical or health products for the first time. Can you share some of those efforts by companies you advise?

A lot of small companies have sprung into action. It’s great to see. They’re from all over the state. One of the first calls I made was to an Upper Peninsula company, Jacquart Fabric Products. They make Stormy Kromer hats and winter gear and they’re quite famous for it. We thought of them right away being able to sew and make masks and garments, so they’ve quickly shifted their production to do so. Petoskey Plastics in Petoskey make garbage bags through what’s called a blown-film process. That’s perfect for personal protective equipment garments because it’s not a woven material and it can be made into a protective garment. In the Ann Arbor area, Akervall Technologies makes mouth guards for sporting equipment. They shifted and are making face shields. Now there’s a lot of splash shields coming out and they’re filling an order with the state of Michigan.

A really interesting one is National Filters in Harbor Beach. They typically make air and oil filters for hydraulic and automatic equipment. That filter material can be used for different items like respirators. They’ve quickly shifted to making surgical masks and respirators. The Economic Growth Institute team helped them with medical certifications and manufacturing specifications. The Michigan Economic Development Corp. has given them a loan to purchase some equipment. They’re already making hundreds of them but in a couple weeks they’ll be making thousands of them in a day.

These are companies that were not involved in making anything near medical equipment and they’re now making this stuff. Those are just a few of many.

How does this crisis consulting compare with what the institute did with companies during the recession?

So far, it’s been a little more urgent and sudden as far as the pandemic goes. During the Great Recession, we worked with 211 companies within a couple-year period, really helping them to get into different markets. This is the same, but we’re doing it in a more accelerated fashion as far as getting emergency equipment made right away. The government regulators, everybody, has been cooperating quickly to make that happen. That’s much different.

EGI through the years has helped many firms not only grow, but grow during hard times; we grew that group of companies during the recession 4% in employment during a time when Michigan’s employment dropped 17%. That was great progress. A lot of good work from folks at EGI coaching these small businesses into new markets and new technologies that could enhance their products and help them accelerate out of this. That’s the key for us: acceleration. We’ll eventually recover—the country always does—but how fast can you recover and what will you look like when you come out the other side? We try to help them think ahead in a time when they’re firefighting: They’re literally trying to get products out the door or having to lay off people that are very close to them. It’s hard to think ahead when you’re in that firefight.

It’s hard to envision what comes after but it would seem hard to fathom that some can return to the way things were or return at all. Or perhaps they don’t want to. What do you see for the future?

Small businesses are hard workers and they can battle through this. I would expect the majority to make it through, especially those tried-and-true in Michigan that have been through the automotive cycles and things get pretty tough at the bottom of those. Surprisingly, they can hang on through those.

Can you talk about what the federal stimulus package and what it means for small-to-mid-sized businesses?

The package that the federal government put together is amazing. I applaud the legislators—which is not something I usually do—for what they’ve done in a short time. They’ve cobbled together some really good programs and plans for small businesses. There’s over $370 billion worth of help in the loans that, if they use them right and pay for people to stay employed and they’re paying for their rents and things at the same time, will be forgiven. There’s some really good packages out there, including emergency loans and grants and a payroll relief plan. They’re quite strong and will help soften this blow, which of course in the long run will help the recovery. They’ll be starting from a less deep point.

Is there anything else important to know? Any advice you can offer?

I would start by saying don’t panic. Things will return. No one knows how bad it’s going to get yet, so hang in there and take advantage of the programs. Don’t forget about the communities. All these companies are attached to communities and they take a hit, too, with people being laid off and the tax base going down. At EGI, we work with community leaders and help them sort things out and help identify programs that exist and to utilize them. Everyone seems to be responding very well and pitching in, and I hope that continues and people take care of their communities.