Ukraine at war: Continuity and displacement

More than 2 million people, so far, have fled Ukraine for other European countries since the beginning of the Russian invasion, according to the United Nations. The UN Refugee Agency is expecting around 4 million refugees this week, while the Red Cross estimates that about 7 million are displaced internally.

“This is a very intense flow on the international community,” said Greta Uehling, an anthropologist and lecturer in international and comparative studies at the University of Michigan. “We’re looking at a humanitarian population of somewhere around 11 million people displaced from their homes. And that doesn’t include military casualties or other people that are going to need assistance.”

For Uehling, who studies the subjective experience of military conflict and forced displacement in Ukraine, “this is a story about continuity, not change. These are people who will do everything in their ability to nurture and sustain a livable world with the people that they love.”

It has been nearly two weeks since Russia invaded Ukraine. Historically, how long ago did this conflict start? 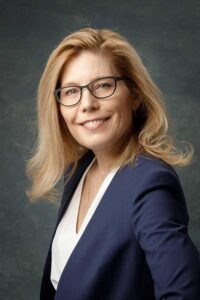 From the Ukrainian perspective, it’s year eight. It all started when Crimea was occupied in 2014. At that point, the international community’s response was weak. No one wanted to antagonize Russia with our other problems and domestic issues. So it’s key to acknowledge that what began a few weeks ago is a dramatic escalation of a process that began eight years ago.

Also, it is important to know that people being displaced from their homes are primarily women, children and the elderly because the men have been asked to stay and fight to defend their country. Many of these individuals have been displaced once or perhaps twice in the last eight years due to those initial conflicts in Crimea as well as the ensuing conflict over the eastern region of the country known as Donbas.

I worked on a project about internal displacement in Ukraine for three years and interviewed about 150 internally displaced people within Ukraine from 2015 till 2017.
The interesting thing is that everything that’s happening right now is consistent with my central findings from those years: What I found was a place with political upheaval, military conflict in residential areas and armed saboteurs that was paradoxically also a place where people had a very strong moral compass and ethics thrived.

I studied practices that people developed for reestablishing a livable world. I use the term everyday war to describe how civilians ended up trying to maintain peace amongst themselves to the extent possible but also ended up participating in the conflict. There’s a profound quality of resilience surrounding all of these activities.

How do you see Ukraine’s president Volodymyr Zelenskyy’s actions?

President Zelenskyy has risen to this challenge and refused to be dominated or to cower in any way. What do you do if you have a leader in the neighboring country that will not bow to your pressures and demands? That’s very threatening for a country like Russia that wants to reinforce its values and top priorities in Ukraine. 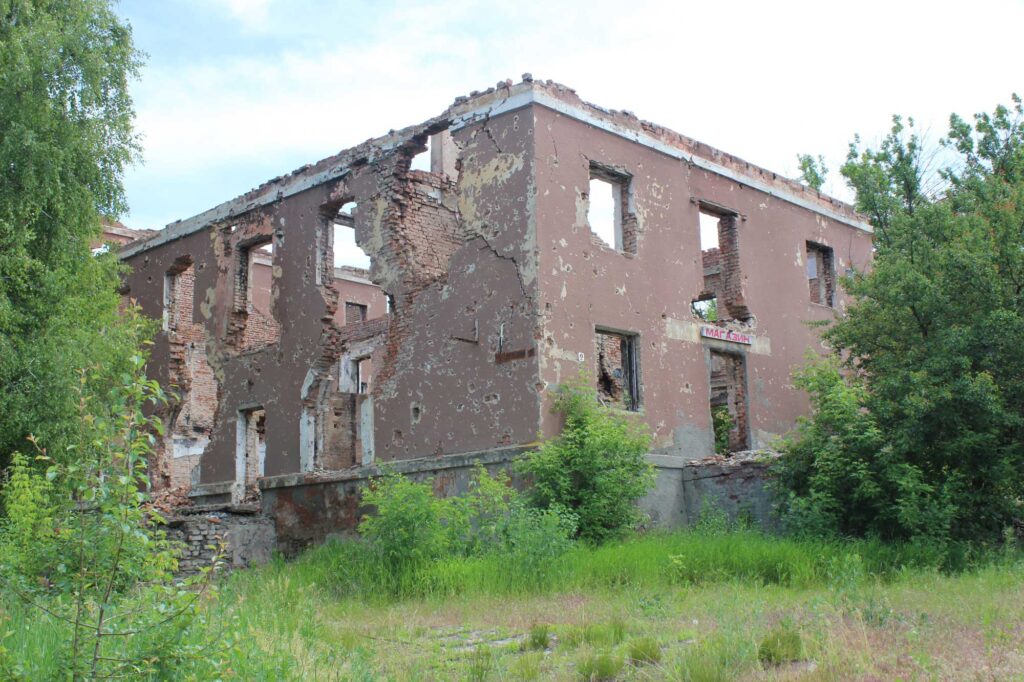 The remains of a store in Sloviansk, Donetsk republic. Sloviansk town is the place where the very first shots were fired in 2014. The picture was taken in June 2017, providing evidence the city was still recovering. Image credit: Greta Uehling

I admire many of his statements. One of them saying, “I need ammunition, not a ride.” He’s risen to this challenge beautifully. He’s galvanized a lot of support. We saw a civic identity blossoming around the 2013-2014 revolution. This idea of the Ukrainian identity is based on a civic nation that unites people of different ethnicities, languages and cultural backgrounds around norms and values of democratic governance. That’s very powerful in Ukraine right now, and that’s precisely what threatens the authoritarian Russian regime.

How should the West respond moving forward?

The way the West proceeds is a very delicate matter. I’m 100% in favor of maximizing humanitarian assistance to the civilian population. The number of refugees is rising daily. As I understand the situation right now, there’s not a problem with stock but distribution.

What needs to happen is a very robust and coordinated distribution of clean water, food, medicine, shelter throughout the country. That’s challenging because communication is not efficient. The internet goes in and out, the same with electricity. This reality complicates the distribution of humanitarian aid.

Another piece of this is really what happens to traumatized people; it’s a complex response. One of the things I’ve seen in my research is that, over time, the bar of what’s tolerable changes. They can tolerate a lot, and that is not necessarily psychologically healthy if violence becomes normalized. 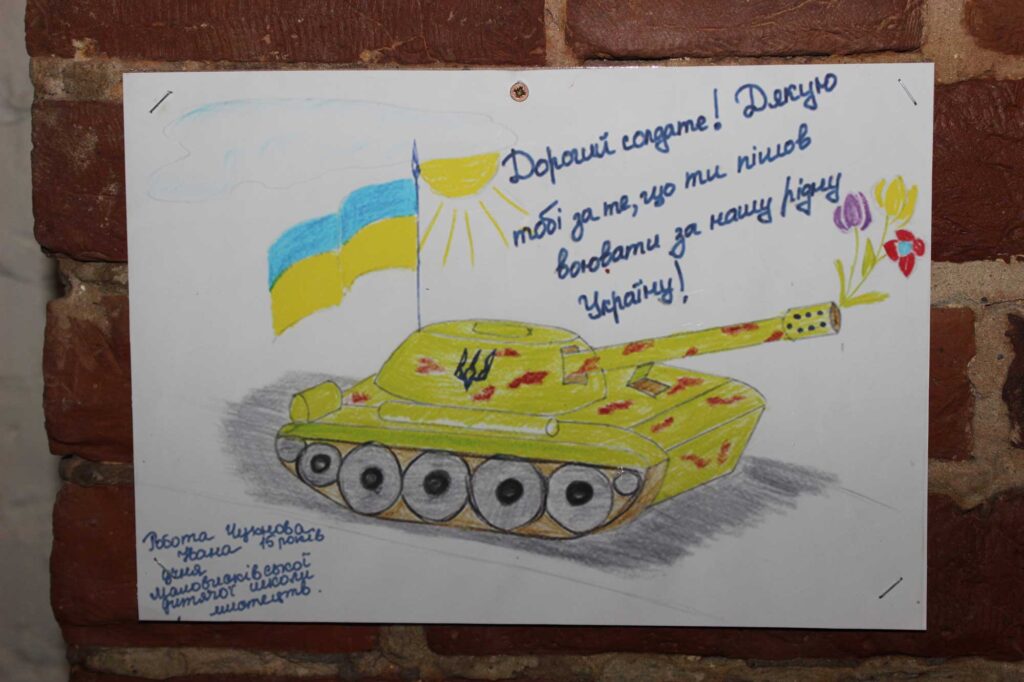 A children’s drawing on the wall of a cafe thanking the soldiers who defended the country for their service. Image credit: Greta Uehling

How do you see this third round of talks between Russia and Ukraine?

I’m not very optimistic that these peace talks will bear much fruit. It will be more effective if Ukraine stands up to Putin and fights back in a way that proves he can’t possibly win. Ukrainian people will never give up. Putin can’t make them Russian, no effort in the world. He would face 100 years or more of resistance.

It’s a tall order, but I would hope that Ukraine, with its own resources and those supplied by others, would repel the Russian army back to their previous borders. It’s important to recognize the losses and sacrifices being made right now. Maybe this is an opportunity for scholars and politicians to come to a more accurate understanding of the history of the region and the value that Ukraine represents to the rest of the world.

Uehling has a forthcoming book called “Everyday War,” based on her research in Ukraine.