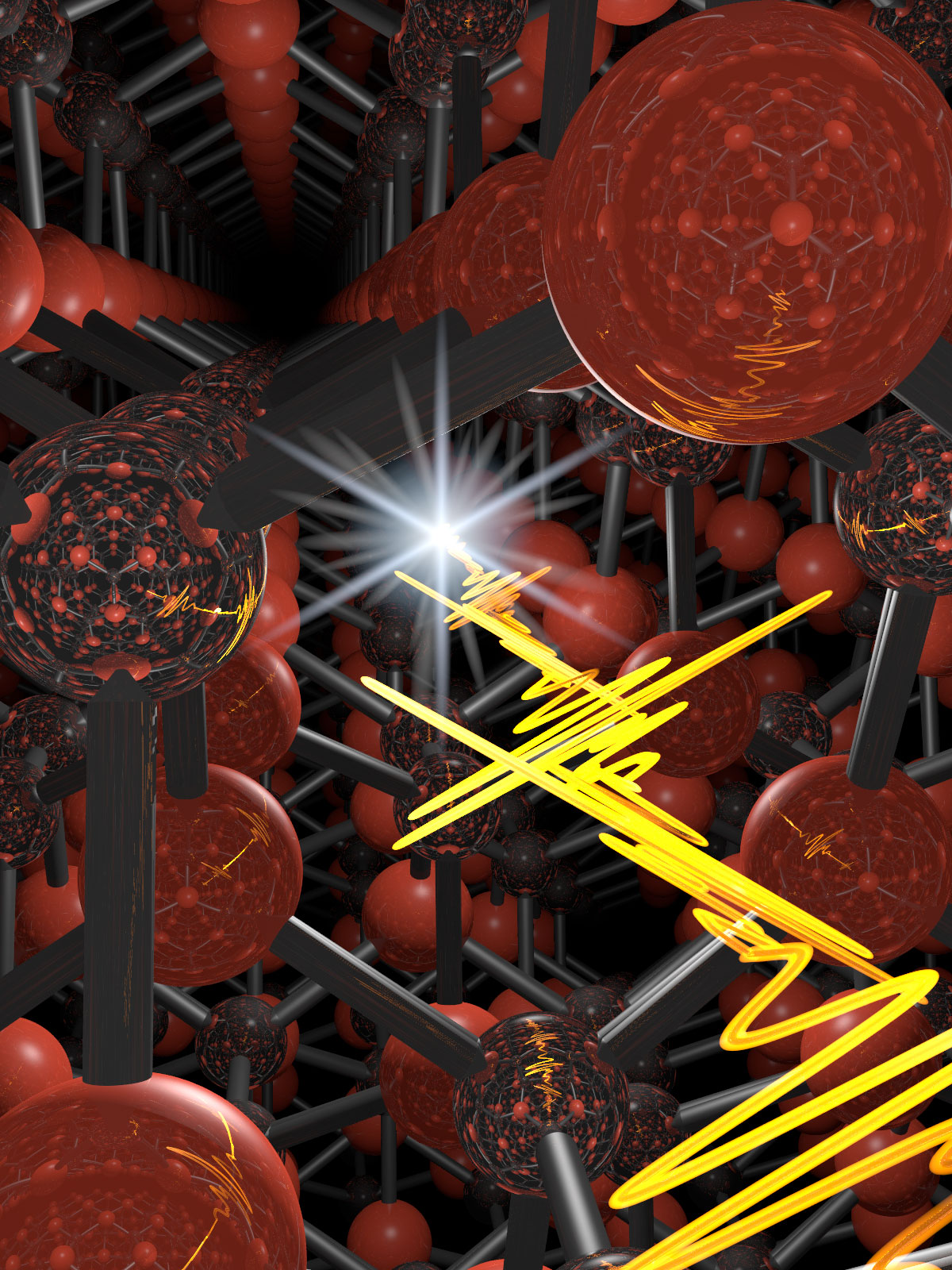 The researchers, including engineers at the University of Michigan, showed that they could control the peaks within the laser pulses and also twist the light.

The method moves electrons faster and more efficiently than electrical currents—and with reliable effects on their quantum states. It is a step toward so-called “lightwave electronics” and, in the more distant future, quantum computing, said Mackillo Kira, U-M professor of electrical engineering and computer science who was involved in the research.

Electrons moving through a semiconductor in a computer, for instance, occasionally run into other electrons, releasing energy in the form of heat. But a concept called lightwave electronics proposes that electrons could be guided by ultrafast laser pulses. While high speed in a car makes it more likely that a driver will crash into something, high speed for an electron can make the travel time so short that it is statistically unlikely to hit anything.

“In the past few years, we and other groups have found that the oscillating electric field of ultrashort laser pulses can actually move electrons back and forth in solids,” said Rupert Huber, professor of physics at the University of Regensburg who led the experiment. “Everybody was immediately excited because one may be able to exploit this principle to build future computers that work at unprecedented clock rates—10 to a hundred thousand times faster than state-of-the-art electronics.”

But first, researchers need to be able to control electrons in a semiconductor. This work takes a step toward this capability by mobilizing groups of electrons inside a semiconductor crystal using terahertz radiation—the part of the electromagnetic spectrum between microwaves and infrared light.

The researchers shone laser pulses into a crystal of the semiconductor gallium selenide. These pulses were very short at less than 100 femtoseconds, or 100 quadrillionths of a second. Each pulse popped electrons in the semiconductor into a higher energy level—which meant that they were free to move around—and carried them onward. The different orientations of the semiconductor crystal with respect to the pulses meant that electrons moved in different directions through the crystal—for instance, they could run along atomic bonds or in between them.

“The different energy landscapes can be viewed as a flat and straight street for electrons in one crystal direction, but for others, it may look more like an inclined plane to the side,” said Fabian Langer, a doctoral student in physics at Regensburg. “This means that the electrons may no longer move in the direction of the laser field but perform their own motion dictated by the microscopic environment.”

When the electrons emitted light as they came down from the higher energy level, their different journeys were reflected in the pulses. They emitted much shorter pulses than the electromagnetic radiation going in. These bursts of light were just a few femtoseconds long.

Inside a crystal, they are quick enough to take snapshots of other electrons as they move among the atoms, and they could also be used to read and write information to electrons. For that, researchers would need to be able to control these pulses—and the crystal provides a range of tools.

“There are fast oscillations like fingers within a pulse. We can move the position of the fingers really easily by turning the crystal,” said Kira, whose group worked with researchers at the University of Marburg, Germany, to interpret Huber’s experiment.

The crystal could also twist the outgoing light waves or not, depending on its orientation to the incoming laser pulses.

Because femtosecond pulses are fast enough to intercept an electron between being put into an excited state and coming down from that state, they can potentially be used for quantum computations using electrons in excited states as qubits.

“For example, here we managed to launch one electron simultaneously via two excitation pathways, which is not classically possible. That is the quantum world. In the quantum world, weird things happen,” Kira said.

An electron is small enough that it behaves like a wave as well as a particle—and when it is in an excited state, its wavelength changes. Because the electron was in two excited states at once, those two waves interfered with one another and left a fingerprint in the femtosecond pulse that the electron emitted.

“This genuine quantum effect could be seen in the femtosecond pulses as new, controllable, oscillation frequencies and directions,” Kira said. “This is of course fundamental physics. With the same ideas you might optimize chemical reactions. You might get new ways of storing information or transmitting information securely through quantum cryptography.”

Huber is particularly interested in stroboscopic slow motion cameras to reveal some of the fastest processes in nature, such as electrons moving around within atoms.

“Our crystalline solids make for fantastic light sources in this field—with unprecedented possibilities for pulse shaping,” he said.

A paper on the work, titled “Symmetry-controlled temporal structure of high-harmonic carrier fields from a bulk crystal,” will be published in Nature Photonics. The research is funded by the European Research Council and the German Research Foundation.