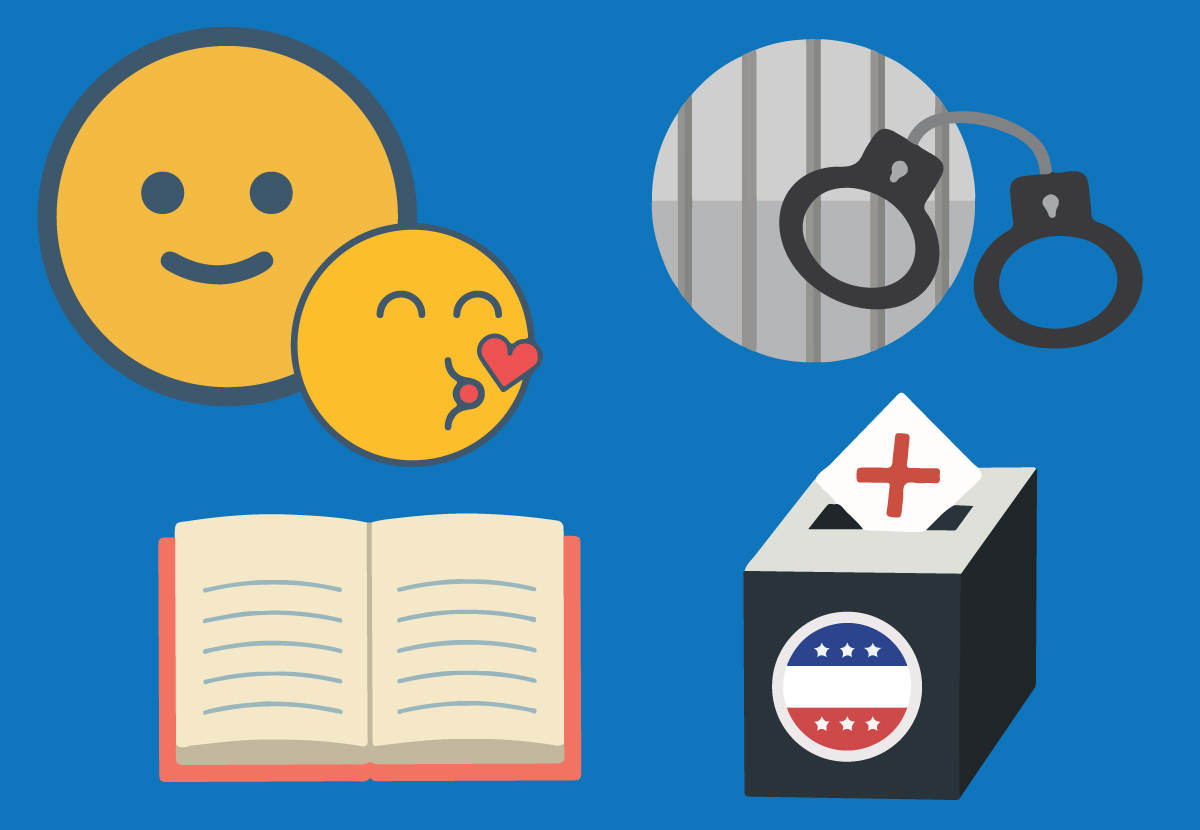 ANN ARBOR—Each new academic year brings a number of University of Michigan courses that have unusual names—”Voting is Sexy”—or one-of-a-kind approaches to current topics like homelessness in K-12 schools. Here’s a sample of some of this year’s unique learning opportunities.

Voting is sexy
Students in this team-based class will create a high-energy campaign of pop-up events, posters, video, social media and more in order to educate, entertain, motivate, inspire and enliven their peers to vote Nov. 6.

History of College Athletics
Why is our nation the only one in the world to take school sports so seriously, and what are the implications of this practice? The course examines Thomas Jefferson’s Northwest Ordinance, moves to Britain’s “Oxbridge” model of “sound mind, sound body,” then demonstrates how numerous forces combined these elements into a distinctly American concoction. The story is continued to the present day with a look at the business of school sports and at educational contributions that sports provide to these institutions, including high schools and colleges.

Crisis Informatics
Saving lives in crises means being prepared, coordinated and fast, and information and technology are increasingly the tools people need. Participants will review a continuum of crises—a personal situation like a major accident to a recent international disaster response, such as the Syrian Refugee migration, Hurricane Sandy and Nepal earthquake—and evaluate and plan relevant information technology responses. Students will have hands-on experience with the technology tools and work in teams with senior executives from international NGOs and corporations.

History of Art (College of Literature, Science, and the Arts)

Emoji Worlds
Emoji have permeated everyday life at a rate best described as ferocious. Rather than explore the growth of emoji as a standalone phenomena, this course takes emoji as a call to consider the contiguity of emotion, communication and visuality using a variety of skills, particularly close visual analysis. The course will consider emoji through multiple lenses, including contemporary art, law, geography, gender, affect, race and more.

Made in Detroit: A History Of Art and Culture in the Motor City
This seminar examines how Detroit has been presented in modern art and the role that art and architecture have played in the city since the 1880s. It will consider works produced in Detroit that defined technology and urban culture for the world and those that have local histories—from the sleek factories that heralded modern architecture in America to the artificial past that Henry Ford assembled at Greenfield Village, from the heroic worker figures of Diego Rivera’s murals to the controversies surrounding the Joe Louis monument and the Heidelberg Project, from “ruin porn” and gentrification to prospects for the future.

Latin American and Caribbean Studies (College of Literature, Science, and the Arts)

Elementary Nahuatl
Nahuatl is part of the Uto-Aztecan language family and variants of it are spoken by about 2 million speakers throughout Mesoamerica. Nahuatl was the language of the Aztec Empire in Central Mexico in the 15th and 16th centuries. LACS Nahuatl courses are taught via teleconferencing by instructors from the Zacatecas Institute for Teaching and Research in Ethnology in Mexico.

Communication Studies (College of Literature, Science, and the Arts)

Believe Me: Campaign Messaging from Truman to Trump
This course will examine the various ways political candidates and their teams use words and images to shape campaign messages and how carefully crafted messages often go awry by looking at real-time examples from the ongoing 2018 midterm elections and the early stages of the 2020 presidential race. It will draw from past campaigns using clips from candidate speeches, debates, news clips, campaign ads, political memorabilia and social media, and look at the role the news media play in distributing, interpreting and analyzing messages in a national campaign.

Journalism Under Siege
The journalism profession has faced numerous existential challenges long before President Trump popularized the term “fake news” and identified which news organizations he viewed as the “enemy of the American people.” This course will examine the major challenges journalism faces both in the United States and around the world, from despotic regimes overseas that limit press freedoms to evolving technologies and consumer habits that call for the revamping of old business models. Students will identify and analyze challenges within journalism itself, such as charges of bias and elitism that may damage its credibility with the public.

History (College of Literature, Science, and the Arts)

Fake News: A History
Over the last year, “fake news” has been one of President Trump’s most oft-repeated phrases, undermining confidence in the press. In 2016, it was a term used by the media to describe deliberate misinformation spread on social media during the presidential campaign, often comprised of conspiracy theories. In this discussion-based seminar, we will analyze the historical precedents of “fake news” and examine how historians treat deception, misinformation and forgery in attempting to explain what happened in the past. Finally, we will ask whether “fake news” is a useful analytical category: what does it mean, how can we study it, and how can we handle it in our current society?

Cold Cases: Police Violence, Crime, and Racial Justice in Michigan
This research seminar is a new History Lab course that will investigate unsolved or unprosecuted cases of racial violence and police misconduct in the city of Detroit during the 1960s and 1970s. Students will work in teams, conduct archival and database research, interview historical participants and collaborate in creating an online museum-style digital exhibit that combines historical narratives with reproductions of key documents, photographs and audiovisual recordings. The class website will be the pilot project of a new Policing and Social Justice Lab designed to create an online database of thousands of police killings in Detroit and to ‘solve’ particular cases through detective fieldwork and presentation of evidentiary findings to a public audience.