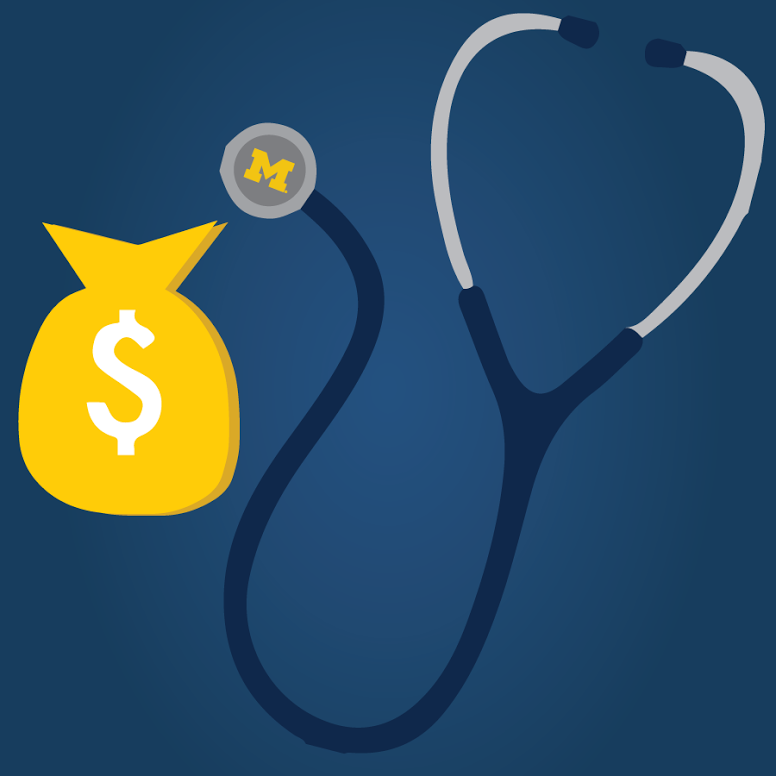 ANN ARBOR—For decades, hospitals across Michigan have written off the cost of hundreds of millions of dollars’ worth of health care every year, after caring for people who didn’t have health insurance. The cost, from unpaid bills and charity care, weighs on the finances of institutions that serve all Michiganders.

But a new University of Michigan study shows that soon after the state government expanded Medicaid under the Affordable Care Act in spring 2014, many hospitals saw a major drop in this uncompensated care.

For the 88 hospitals that have reported a full year’s worth of data from the post-expansion era—62 percent of all hospitals in Michigan—the amount dropped by about half overall. Not all of the hospitals saw such a large drop, but more than 90 percent of hospitals reporting data from 2015 saw a decline in the percentage of their total expenses that came from uncompensated care.

The analysis, published in an official report to the state and federal government, looks at the total economic impact of the Healthy Michigan Plan, which began in April 2014 and currently covers about 646,000 low-income Michiganders.

Most participants in the plan were uninsured before enrolling. The maximum income a single adult can make and still enroll in the plan is about $16,400. The plan is mainly supported by federal funds under the Affordable Care Act, though the state has begun paying 5 percent of costs in the fiscal year that began in October.

The new analysis was conducted by researchers from the U-M Institute for Healthcare Policy and Innovation, which holds the state contract to conduct a federally mandated evaluation of Healthy Michigan Plan’s impact on the state’s population, health care system and government.

“What we see in the group of hospitals for which we have full data is a dramatic decrease in uncompensated care after Medicaid was expanded,” says Thomas Buchmueller, one of the leaders of the new analysis and a professor at the U-M Ross School of Business.

Adds co-author Helen Levy, a research professor at the U-M Institute for Social Research, “The decline occurred across the board. Nearly every hospital in our sample saw a drop in uncompensated care between 2013 and 2015. We will continue to monitor this trend as more data become available.”

Levy, IHPI director John Ayanian and colleagues recently published a study of the plan’s economic impact in the New England Journal of Medicine, conducted separately from the state-contracted evaluation. It showed that the Healthy Michigan Plan has generated an economic impact that supports more than 30,000 new jobs every year and creates about $2.3 billion more in personal spending power each year for Michigan residents.

The new data come from analyzing official reports that hospitals submit to the state of Michigan’s Medicaid program. Because hospitals observe different fiscal years, data from all hospitals’ fiscal year 2015 reports was not available in time for the U-M team to include it in their analysis.

Two kinds of unpaid care
Uncompensated care includes both charity care and bad debt. Hospitals provide charity care for patients who meet their criteria, without expecting to get paid, and account for what the care cost them. The Affordable Care Act includes requirements for hospitals regarding charity care, though a 2015 IHPI study found that many had not yet fully complied in the first year of the requirement.

Also included in uncompensated care is bad debt, or the total amount of all uncollected bills that the hospital issues to patients that it expected to pay.

Bad debt can come from patients who have no insurance but who have incomes that the hospital deems high enough to make payment feasible. It can also come from patients who have insurance that does not cover the entire cost of their care—for instance, those with high deductibles that they must pay before insurance kicks in. The latter is often called “under-insurance,” when an insured patient owes more money than they can pay.

More information
To see data from each of the 142 hospitals that report uncompensated care costs to the state, see this PDF document on the IHPI website.

In addition to Buchmueller and Levy, authors of the new report on uncompensated care are Jordan Rhodes of U-M’s Ross School of Business and Sayeh Nikpay, a former IHPI research fellow now at Vanderbilt University. Kyle Grazier and Charley Willison of the U-M School of Public Health also conducted an analysis of insurance premium rates since implementation of the Healthy Michigan Plan.