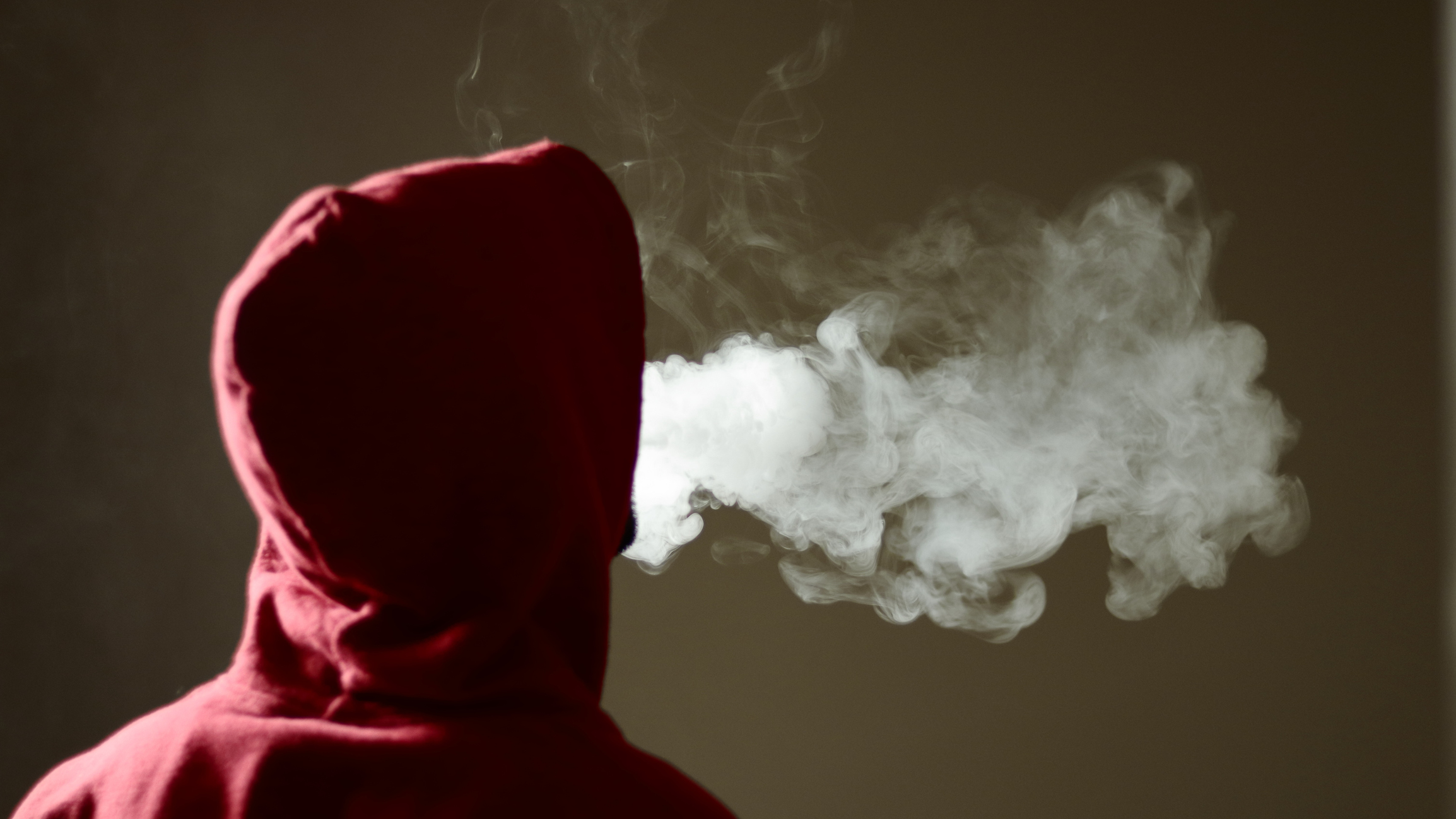 ANN ARBOR—Vaping is most heavily concentrated in U.S. schools with a higher proportion of white students, schools in the South and West, and schools where more students smoke cigarettes, a new University of Michigan study shows.

Overall, more than one in 10 American middle and high school students report having used e-cigarettes within the last month. In certain schools, as many as 60% of students said they vaped during that time.

It’s useful to look at vaping prevalence at both the individual and school levels, because each uses different variables, said study author Sean Esteban McCabe, professor at the U-M School of Nursing and co-director of the Center for the Study of Drugs, Alcohol, Smoking and Health. School-level prevalence does not suggest that more students are vaping overall, but rather that vaping is more popular in certain schools.

Most e-cigarette studies examine individual-level use, but school-level use trends matter because during adolescence, peers are a major influence, McCabe said.

Also, the more a teenager’s peers have e-cigarettes or vaping devices, the greater the opportunity to access these products, said co-author Philip Veliz, U-M research assistant professor of nursing.

If schools know what’s driving e-cigarette use in their district, policymakers can tweak that school’s environment to change student behavior and reduce e-cigarette use, Veliz said.

The wide range of vaping prevalence across schools surprised Veliz, McCabe and their study colleagues, and suggests that in high-risk schools, one-size-fits-all interventions to reduce vaping should be replaced by tailored programs specific to that environment, they said.

The study, published online ahead of print in the Journal of Adolescent Health, revealed other surprises as well.

“The finding that current e-cigarette use was significantly higher at schools with a higher proportion of white students was a powerful reminder about the association race can have both at the individual and school level when it comes to substance use behaviors,” McCabe said.

The researchers also expected the prevalence of other substance use at the school level to influence individual e-cigarette use, but only past-month cigarette smoking predicted e-cigarette use.

Vaping among teens has skyrocketed in recent years, and McCabe and Veliz said that sheltering in place can be a good opportunity for families to discuss vaping with their kids. Centering talk on vaping activity in school is less threatening than focusing on the child’s individual behavior, they said.

“It’s important to find the right time and context to have a discussion with your teenager about vaping,” McCabe said. “Parents and guardians can have nonjudgmental conversations about vaping by talking with their kids in middle and high school about what vaping is like in their schools. Based on the prevalence of vaping, all students are exposed either directly or indirectly to vaping in school.”

The study used 2015 and 2016 Monitoring the Future survey data from 8th, 10th, and 12th graders in 580 public and private schools. More recent data was not available, but McCabe said variation among schools is probably even greater now, with the rise of Juul and other popular e-cigarette products

McCabe, Veliz and colleagues did not look at what drives vaping in high-risk schools, but other studies have suggested that availability plays a major role in e-cigarette use prevalence. Their future studies will examine what factors drive this wide variation among schools, and if high-risk schools are likely to remain high risk.