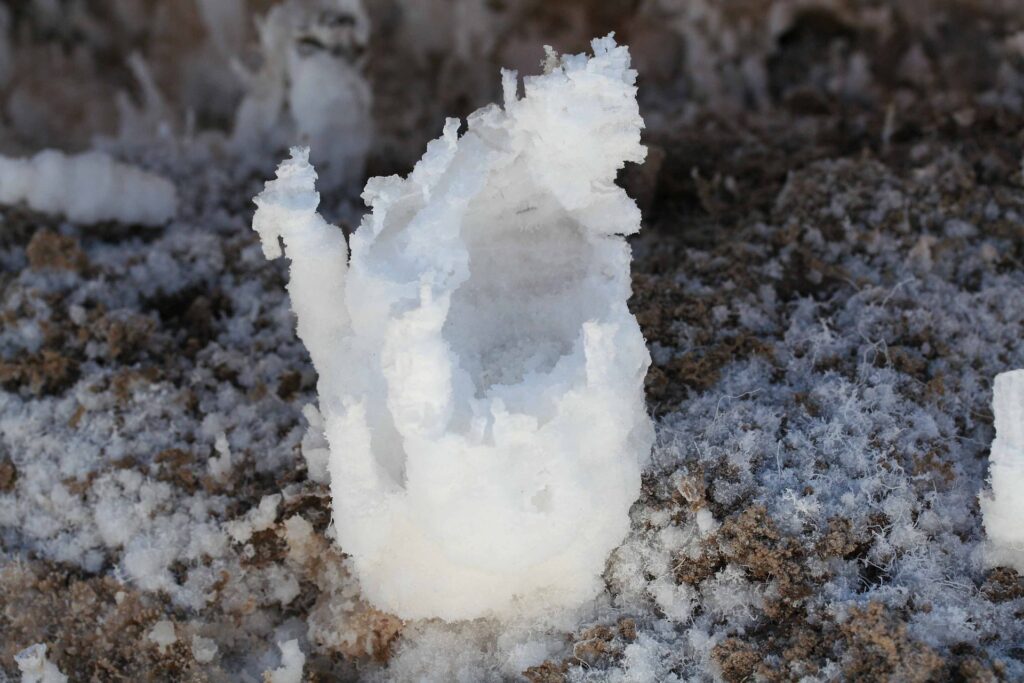 If you want to understand a part of Earth’s galactic history—whether it passed near a supernova during its path around our galaxy, for example—you may be able to find the answer in the crystal structure of a rock, according to a University of Michigan study.

The study outlines a method using paleo-detectors, an idea inspired by work from the 1960s, which used ancient minerals to search for new physics. The idea is this: The Earth is constantly showered with cosmic rays. Cosmic rays are particles produced by an energetic universe, one in which stars explode in supernovae, supermassive black holes at the centers of galaxies accelerate particles to near the speed of light, and neutron stars collide and produce bright flashes of gamma rays and other energetic particles.

There are energetic particles produced in cosmic events all the time: neutron star mergers and black holes and active galactic nuclei.
Joshua Spitz

“There are energetic particles produced in cosmic events all the time: neutron star mergers and black holes and active galactic nuclei,” said lead author Joshua Spitz, a particle physicist and the Norman M. Leff Assistant Professor of Physics at U-M. “Some of those energetic particles reach the Earth and interact with the atmosphere, producing showers of particles which rain down on us all the time.”

Some of these particles are neutrinos, which are fundamental particles that only interact with matter very weakly. As a result, these atmospheric neutrinos can pass through the Earth without interacting, allowing them to reach ancient minerals deep in the Earth.

Occasionally, one of these neutrinos will interact with an atomic nucleus in the ancient mineral, leaving a trace within the rock’s crystalline structure. By examining these traces in excavated rocks, scientists can study the flux of cosmic radiation on Earth over time. The researchers’ method is published in Physical Review Letters.

“About a hundred billion neutrinos from the sun pass through the tip of your finger every second, but almost none of them interact. The same applies to atmospheric neutrinos, which rarely interact. However, every once in a while, one of these atmospheric neutrinos will hit a nucleus,” said co-author and U-M graduate student Johnathon Jordan. “And when they do, they give the nucleus a kick.”

After it’s kicked, the nucleus moves a tiny distance—from just a few microns to a few hundred in length. A human hair is about 70 microns wide. As the nucleus recoils within the mineral, it makes a tiny path of destruction through the rock’s crystal lattice.

Finding these structures in rocks and then determining the rocks’ age could help scientists pinpoint when an event occurred that might have increased cosmic ray exposure during a certain period of Earth’s history—and answer broader questions about the rate of cosmic rays and radiation that hit the Earth over time, Spitz says.

“It’s a big question: has that cosmic ray rate changed as a function of time? Has it always been the same rate, or was it bigger in the past? Was there a single event that caused it to increase for a short amount of time, or has it been slowly increasing or decreasing?” Spitz said. “These are questions we don’t really know the answers to.”

Observations of atmospheric neutrino damage within crystals have not yet been made, but it would be similar to the damage caused by the spontaneous fission of uranium-238, Jordan says. During this fission, the heavy nucleus of uranium-238 splits in two, and each half shoots outward, away from each other, and creates tiny scars in the rock’s crystalline structure. Scientists use these tracks to determine the age of rocks.

“You want these detectors big, and you want them to be able to run for a long time, because you want them to have as much exposure as possible,” Jordan said. “What paleo-detectors do is they flip that script. At most, the rocks are 100 grams or a kilogram. And instead of waiting 10 years, we’re waiting a billion years. The novelty of paleo-detectors is that you win not by having a big detector, but by having a really long exposure time.”

The study came out of Spitz and Jordan’s hope to use paleo-detectors to observe proton decay, a big question facing particle physics. Typically, physicists monitor huge tanks of water for flashes of light that could signify proton decay, but they realized you might be able to survey hundreds of millions of years’ worth of rocks for tiny etches of damage that could signify the same thing. But when the researchers looked into this idea, they found they couldn’t discern the signature made by potential proton decay from damage made by atmospheric neutrinos.

“This article is actually the result of turning lemons into lemonade,” Spitz said. “These atmospheric neutrinos were the background of the search we were originally interested in.”

Instead, the team realized this method could provide a window into Earth’s history in a different way.