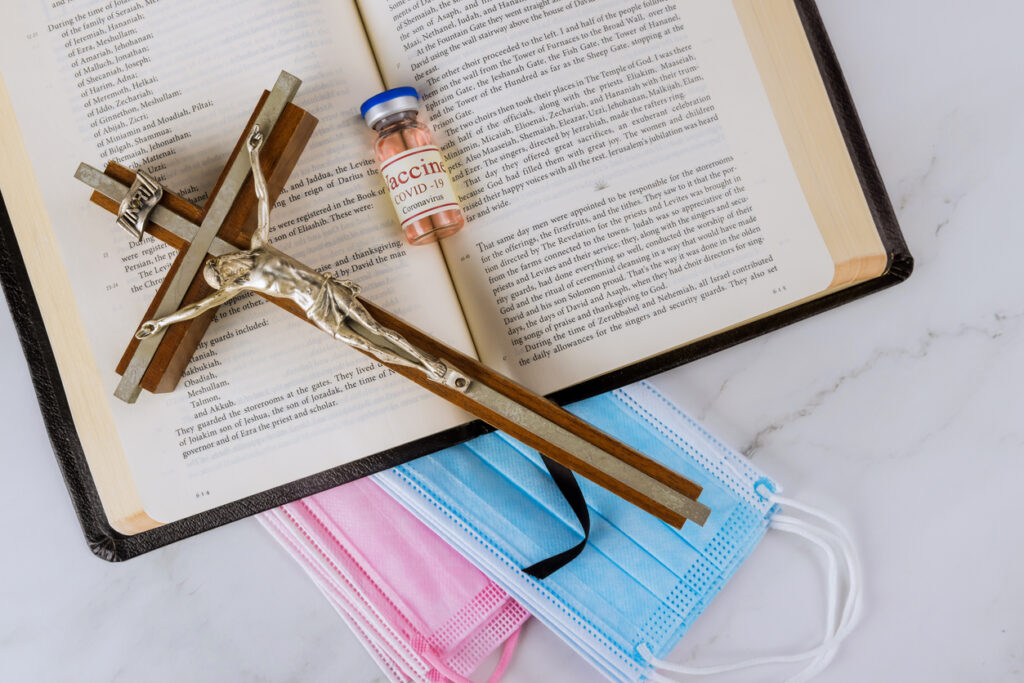 Strong philosophical and moral beliefs associated with many religions can contribute to vaccine hesitancy and reduce vaccination rates, a new study shows.

Researchers from four universities—including the University of Michigan—examined attitudes and behaviors for three vaccines: flu, measles-mumps-rubella (MMR) and human-papillomavirus (HPV). They wanted to learn about the relationship with philosophical, spiritual and moral beliefs.

Published in the Journal of Health Psychology, the findings offered guidance in how health agencies can encourage more people to get vaccinations, including those related to COVID-19.

In 2018-2019, more than 3,000 adults nationwide completed four surveys online and by phone regarding their attitudes and behaviors relevant to the three vaccines. They represented diverse religious groups: Protestant, Roman Catholic and Orthodox Catholic, Mormon, “Just” Christian, Muslim, Jewish, Buddhist and Hindu, Unitarian, Other, Agnostic, or Nothing in particular.

The study asked, “Does your religion forbid its members from getting vaccines? and “Do you follow what your religion says about vaccines or not? Only 3%—mostly Roman Catholics and Protestants—said their religion did not permit the vaccine, and only half of those said they followed that mandate.

For philosophical views, such as “health is controlled by God,” identifying as Protestant, “Just” Christian or Muslim had stronger beliefs related to flu vaccines. Strong philosophical beliefs predicted weaker intentions to encourage others to vaccinate against the flu, as well as a hesitancy to get the vaccine themselves.

When it involved moral beliefs, the opposite occurred: Stronger intentions were present to get vaccinated and encourage others to do the same. Moral beliefs were associated with positive attitudes toward the flu and MMR vaccinations

Lu and colleagues say that if health agencies want to increase vaccination rates, the marketing strategy must change. Rather than targeting a particular religious identity, which will elicit defensive reactions from and create public stigma attached to certain religious groups, it is more fruitful and ethical for public health messages about vaccination to target these specific beliefs.

“Public health messages could frame vaccination recommendations in ways that highlight compatibility with (or absence of direct antagonism toward) these beliefs,” Lu said.