Only 1 in 10 people with diabetes in low- and middle-income countries is getting evidence-based, low-cost comprehensive care 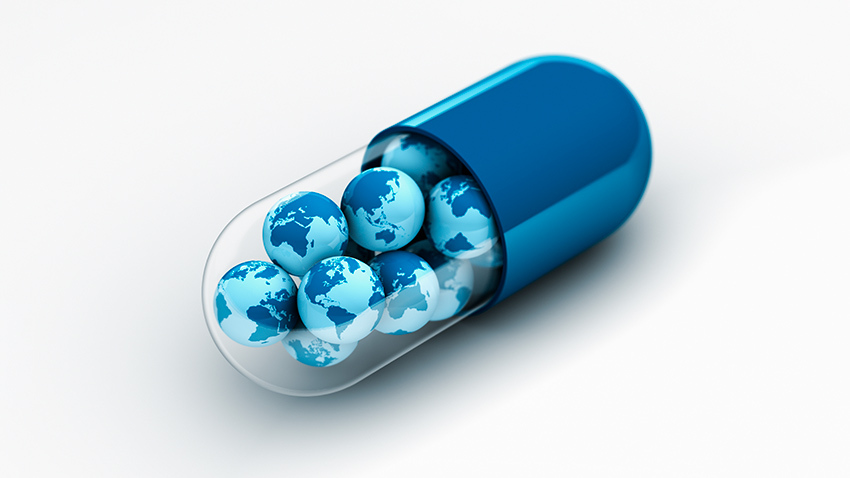 Nearly half a billion people on the planet have diabetes, but most of them aren’t getting the kind of care that could make their lives healthier, longer and more productive, according to a new global study of data from people with the condition.

Many don’t even know they have the condition.

Only 1 in 10 people with diabetes in the 55 low- and middle-income countries studied receive the type of comprehensive care that’s been proven to reduce diabetes-related problems, according to the new findings published in Lancet Healthy Longevity.

The new study, led by physicians at the University of Michigan and Brigham and Women’s Hospital with a global team of partners, draws on data from standardized household studies, to allow for apples-to-apples comparisons between countries and regions.

The authors analyzed data from surveys, examinations and tests of more than 680,000 people between the ages of 25 and 64 worldwide conducted in recent years. More than 37,000 of them had diabetes; more than half of them hadn’t been formally diagnosed yet, but had a key biomarker of elevated blood sugar.

The researchers have provided their findings to the World Health Organization, which is developing efforts to scale up delivery of evidence-based diabetes care globally as part of an initiative known as the WHO Global Diabetes Compact. The forms of diabetes-related care used in the study are all included in the 2020 WHO Package of Essential Noncommunicable Disease Interventions.

“Diabetes continues to explode everywhere, in every country, and 80% of people with it live in these low- and middle-income countries,” said David Flood, lead author and a National Clinician Scholar at the U-M Institute for Healthcare Policy and Innovation. “It confers a high risk of complications such as heart attacks, blindness and strokes. We can prevent these complications with comprehensive diabetes treatment, and we need to make sure people around the world can access treatment.”

Flood worked with senior author Jennifer Manne-Goehler of Brigham and Women’s Hospital and the Medical Practice Evaluation Center at Massachusetts General Hospital, to lead the analysis of detailed global data.

In addition to the main finding that 90% of the people with diabetes studied weren’t getting access to all six components of effective diabetes care, the study also finds major gaps in specific care.

These findings show the need to scale-up proven treatment not only to lower glucose but also to address cardiovascular disease risk factors, such as hypertension and high cholesterol, in people with diabetes.

Less than a third had access to counseling on diet and exercise, which can help guide people with diabetes to adopt habits that can control their health risks further.

Even when the authors focused on the people who had already received a formal diagnosis of diabetes, they found that 85% were taking a medicine to lower blood sugar, 57% were taking a blood pressure medication, but only 9% were taking something to control their cholesterol. Nearly 74% had received diet-related counseling, and just under 66% had received exercise and weight counseling.

Taken together, less than one in five people with previously diagnosed diabetes were getting the full package of evidence-based care.

In general, the study finds that people were less likely to get evidence-based diabetes care the lower the average income of the country and region they lived in. That’s based on a model that the authors created using economic and demographic data about the countries that were included in the study.

The nations in the Oceania region of the Pacific had the highest prevalence of diabetes—both diagnosed and undiagnosed—but the lowest rates of diabetes-related care.

But there were exceptions where low-income countries had higher-than-expected rates of good diabetes care, says Flood, citing the example of Costa Rica. And in general, the Latin America and Caribbean region was second only to Oceania in diabetes prevalence, but had much higher levels of care.

Focusing on what countries with outsize achievements in diabetes care are doing well could provide valuable insights for improving care elsewhere, the authors say. That even includes informing care in high-income countries like the United States, which does not consistently deliver evidence-based care to people with diabetes.

The study also shines a light on the variation between countries and regions in the percentage of cases of diabetes that have been diagnosed. Improving reliable access to diabetes diagnostic technologies is important in leading more people to obtain preventive care and counseling.

Women, people with higher levels of education and higher personal wealth, and people who are older or had high body mass index were more likely to be receiving evidence-based diabetes care. Diabetes in people with “normal” BMI is not uncommon in low- and middle-income countries, suggesting more need to focus on these individuals, the authors say.

The fact that diabetes-related medications are available at very low cost, and that individuals can reduce their risk through lifestyle changes, mean that cost should not be a major barrier, says Flood. In fact, studies have shown the medications to be cost-effective, meaning that the cost of their early and consistent use is outweighed by the savings on other types of care later.

In addition to Flood, who is a clinical lecturer in hospital medicine at Michigan Medicine, U-M’s academic medical center, the study team includes two others from U-M: Michele Heisler, professor of internal medicine and of health behavior and health education, and member of IHPI, and Matthew Dunn, a graduate student at the U-M School of Public Health. The study was funded by the National Clinician Scholars Program at IHPI, and by the National Institute of Diabetes and Digestive and Kidney Diseases, Harvard Catalyst and the National Center for Advancing Translational Sciences.