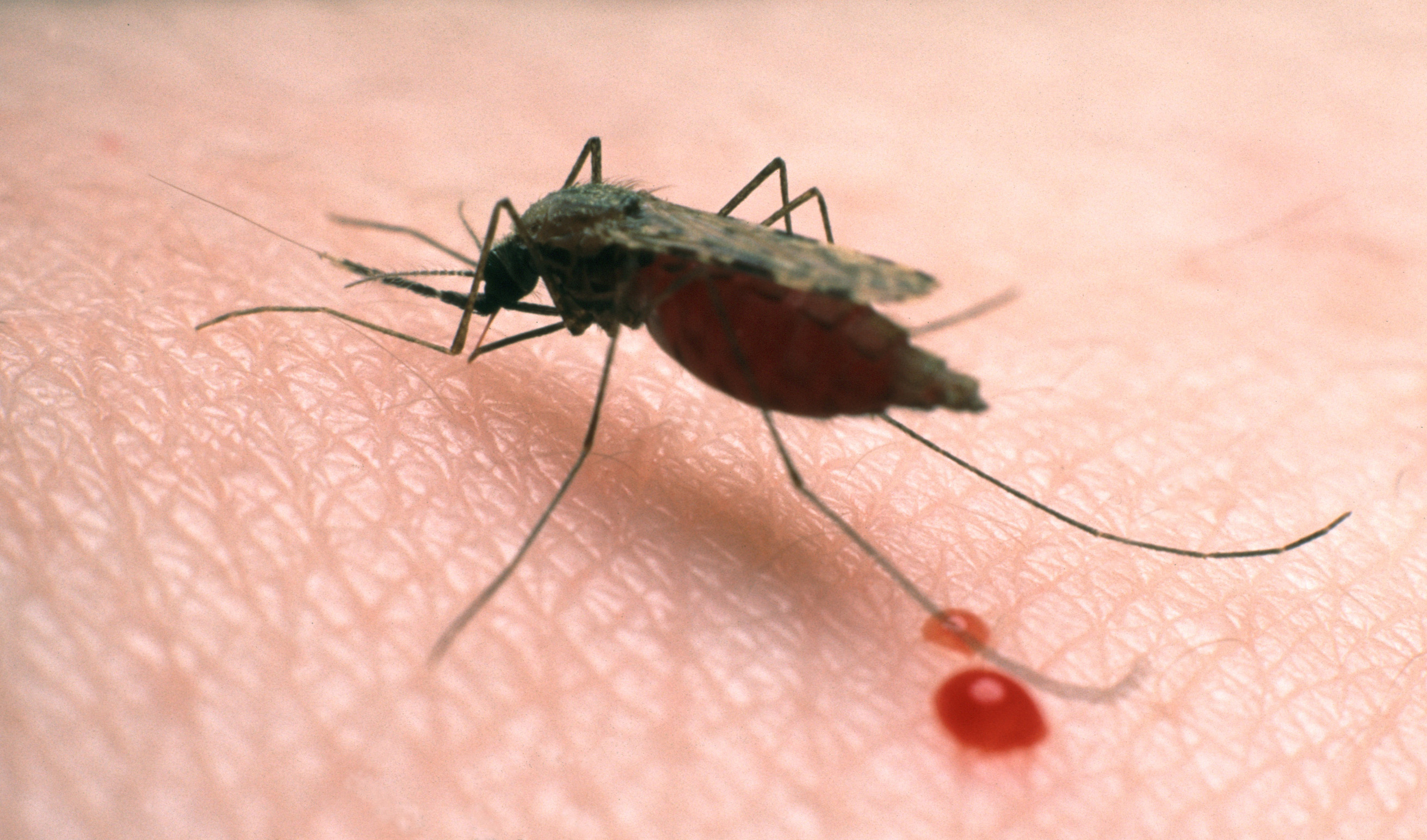 An Anopheles gambiae mosquito, which transmits malaria in the Ethiopian highlands. Image credit: Dan Salaman, London School of Hygiene & Tropical MedicineANN ARBOR—Researchers have debated for more than two decades the likely impacts, if any, of global warming on the worldwide incidence of malaria, a mosquito-borne disease that infects more than 300 million people each year.

Now, University of Michigan ecologists and their colleagues are reporting the first hard evidence that malaria does—as had long been predicted—creep to higher elevations during warmer years and back down to lower altitudes when temperatures cool.

The study, based on an analysis of records from highland regions of Ethiopia and Colombia, suggests that future climate warming will result in a significant increase in malaria cases in densely populated regions of Africa and South America, unless disease monitoring and control efforts are boosted and sustained.

“We saw an upward expansion of malaria cases to higher altitudes in warmer years, which is a clear signal of a response by highland malaria to changes in climate,” said U-M theoretical ecologist Mercedes Pascual, senior author of a paper scheduled for online publication in Science on March 6.

“This is indisputable evidence of a climate effect,” said Pascual, the Rosemary Grant Collegiate Professor of Ecology and Evolutionary Biology and a Howard Hughes Medical Institute Investigator. “The main implication is that with warmer temperatures, we expect to see a higher number of people exposed to the risk of malaria in tropical highland areas like these.”

More than 20 years ago, malaria was identified as a disease expected to be especially sensitive to climate change, because both the Plasmodium parasites that cause it and the Anopheles mosquitoes that spread it thrive as temperatures warm.

Some early studies concluded that climate change would lead to a big increase in malaria cases as the disease expanded its range into higher elevations, but some of the assumptions behind those predictions were later criticized. More recently, some researchers have argued that improved socioeconomic conditions and more aggressive mosquito-control efforts will likely exert a far greater influence over the extent and intensity of malaria worldwide than climatic factors.

What’s been missing in this debate has been an analysis of regional records with sufficient resolution to determine how the spatial distribution of malaria cases has changed in response to year-to-year temperature variations, especially in countries of East Africa and South America with densely populated highlands that have historically provided havens from the disease. 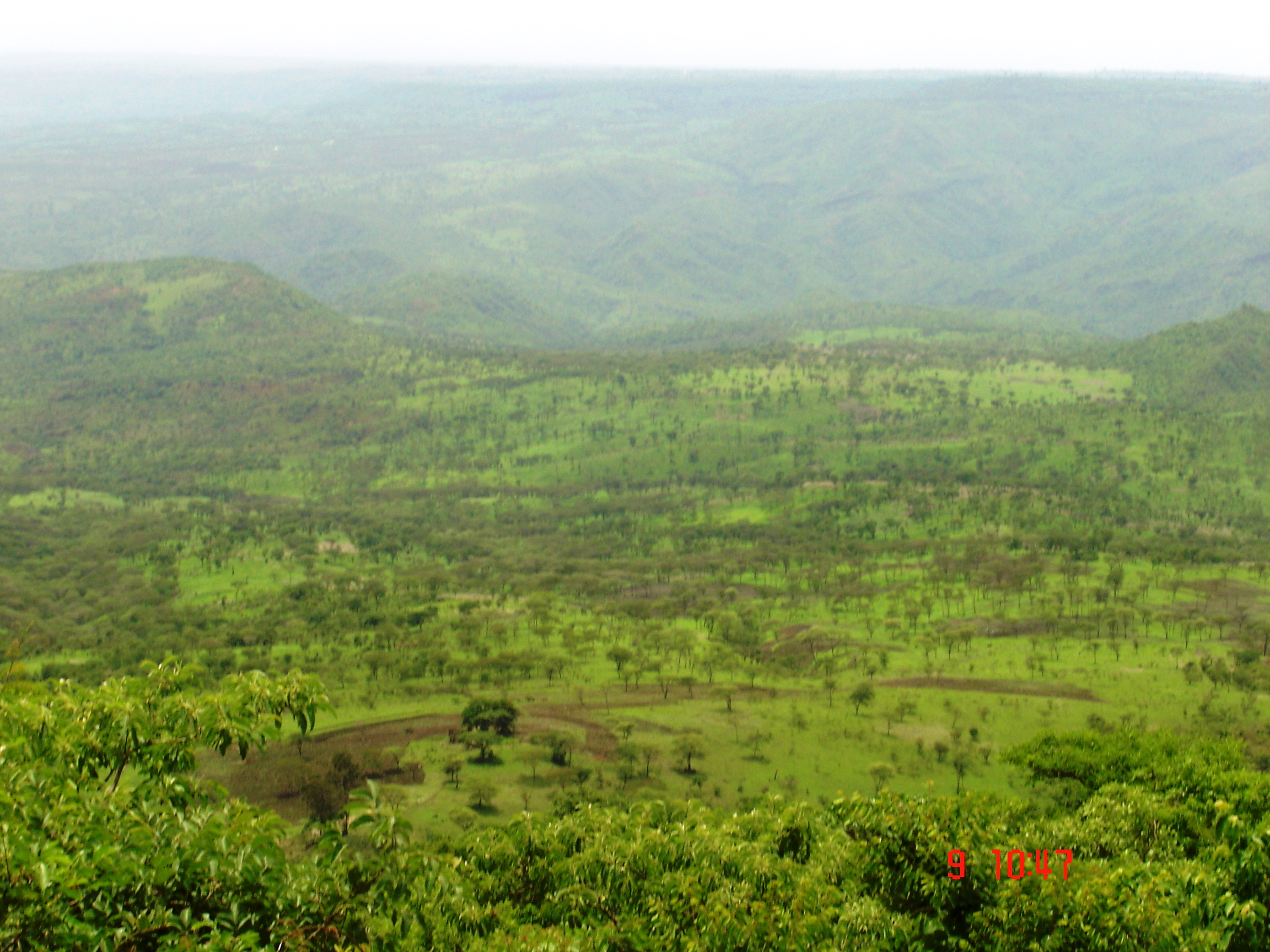 A highlands region in Ethiopia. Image credit: Asnakew YeshiwondimPascual and her colleagues looked for evidence of a changing spatial distribution of malaria with varying temperature in the highlands of Ethiopia and Colombia. They examined malaria case records from the Antioquia region of western Colombia from 1990 to 2005 and from the Debre Zeit area of central Ethiopia from 1993 to 2005.

By focusing solely on the altitudinal response to year-to-year temperature changes, they were able to exclude other variables that can influence malaria case numbers, such as mosquito-control programs, resistance to anti-malarial drugs and fluctuations in rainfall amounts.

They found that the median altitude of malaria cases shifted to higher elevations in warmer years and back to lower elevations in cooler years. The relatively simple analysis yielded a clear, unambiguous signal that can only be explained by temperature changes, they said.

“Our latest research suggests that with progressive global warming, malaria will creep up the mountains and spread to new high-altitude areas. And because these populations lack protective immunity, they will be particularly vulnerable to severe morbidity and mortality,” said co-author Menno Bouma, honorary senior clinical lecturer at the London School of Hygiene & Tropical Medicine.

Our findings here underscore the size of the problem and emphasize the need for sustained intervention efforts in these regions, especially in Africa. Mercedes Pascual

In addition, the study results suggest that climate change can explain malaria trends in both the highland regions in recent decades.

In the Debre Zeit region of Ethiopia, at an elevation range of between 5,280 feet and 7,920 feet, about 37 million people (roughly 43 percent of the country’s population) live in rural areas at risk of higher malaria exposure under a warming climate.

In a previous study, the researchers estimated that a 1 degree Celsius temperature increase could result in an additional 3 million malaria cases annually in Ethiopia in the under-15 population, unless control efforts are strengthened.

“Our findings here underscore the size of the problem and emphasize the need for sustained intervention efforts in these regions, especially in Africa,” Pascual said.

In addition to Pascual and Bouma, the authors of the Science paper are A.S. Siraj of the University of Denver, M. Santos-Vega of the U-M Department of Ecology and Evolutionary Biology, D. Yadeta of the Oromia Regional Health Bureau in Addis Ababa, Ethiopia and D. Ruiz Carrascal of Columbia University.