Wealth loss after 50 can be deadly 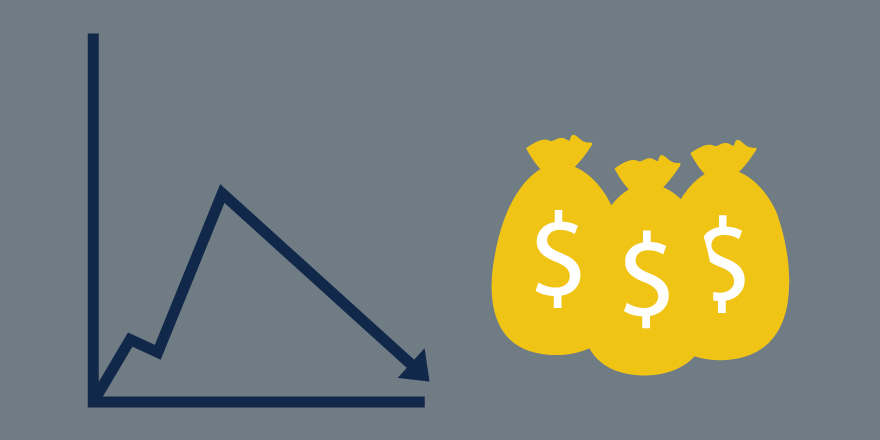 ANN ARBOR—A sudden loss of wealth in middle or old age can be financially devastating—and fatal.

According to a University of Michigan study, adults in their 50s and older who suffer a catastrophic loss of wealth have a 50-percent higher risk of dying than those who do not have such loss. The effect can last for two decades, and whether participants are very wealthy or have only modest savings makes no difference.

The study, appearing in the Journal of the American Medical Association, looked at negative wealth shocks—the loss of 75 percent of a person’s wealth in a two-year period—and its impact on the risk of dying.

“Our findings offer new evidence for an important social determinant of health that so far has not been recognized: sudden loss of wealth in late middle or older age. They further enrich our understanding of the critical role other social determinants such as low education, poverty, unemployment and housing instability play in population health and health inequities.”

Lead researcher Lindsay Pool, who conducted the study while an epidemiology doctoral student at U-M’s School of Public Health, is now a research assistant professor at Northwestern University’s Feinberg School of Medicine.

Pool and colleagues used the data from the Health and Retirement Study, a nationally representative study of U.S. adults ages 51-61 at study entry. The cohort of 8,714 adults were assessed for negative wealth shock in 1994, with follow-up interviews every two years until 2014. Average age at study entry was 55 years, with 53 percent identifying as female.

“We looked at different levels of wealth and income somebody had prior to losing their wealth. And it didn’t seem to matter: You could lose a million dollars or $50,000 dollars but if that’s all you have, that is important to you,” Pool said.

Of the participants, 90 percent reported having wealth, and 2,430, or 26 percent, of them experienced a negative wealth shock during that period, while 5,535 had continuously positive wealth without shock. During the same period, 2,823 participants died.

Those who had negative wealth shocks were more likely to be female, of nonwhite race/ethnicity, have lower levels of household income and net worth and have poor health. The 50-percent increased risk of mortality for those who experienced wealth shock was similar to the 67-percent increased risk of individuals living in poverty who have no net worth.

Pool said while there was considerable short-term research done after the Great Recession regarding the impact of one’s financial circumstances on health in the short term, a lot of the research has focused on depression, suicide, blood pressure and other short-term markers of stress.

“What we were able to do is then extend that through a long term study and look at increased risk with mortality over a 20-year period,” she said, adding that the study didn’t just look at a macroeconomic downturn but also included drastic changes in someone’s personal life that could cause them to lose their wealth very quickly.

“A big one is medical bills. That’s a huge cause of bankruptcy in the U.S. but other personal things like a divorce or widowhood or something like that can also cause a big change in one’s assets.”

Pool says that further research is needed to better understand the mechanism for the association between wealth shock and increased risk for mortality, and to determine whether there’s potential value for targeted interventions.

The Health and Retirement Study is sponsored by the U.S. National Institute on Aging, and conducted by the University of Michigan’s Institute for Social Research.