What agricultural ‘ecosystems on steroids’ are doing to the air 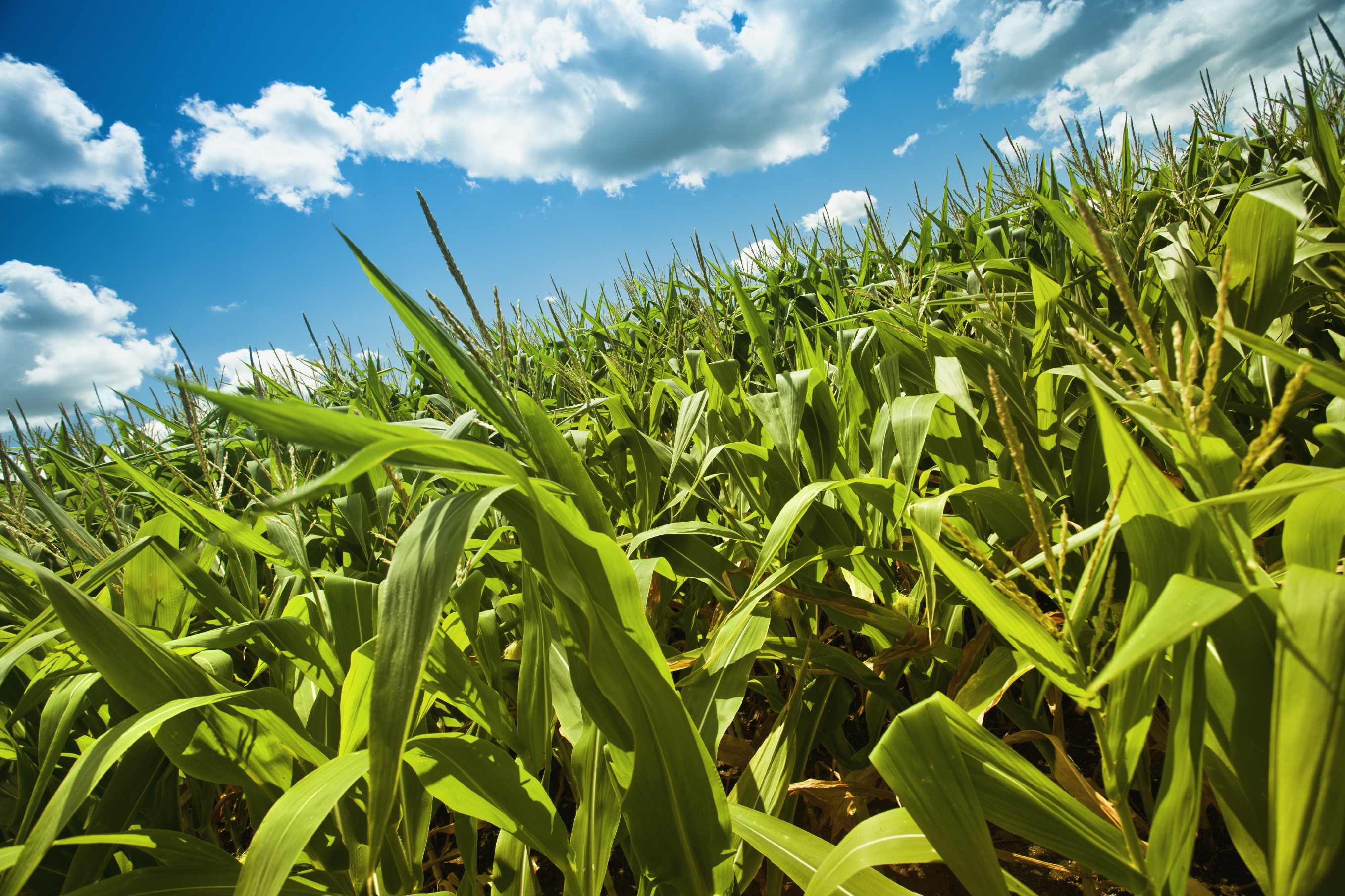 ANN ARBOR—In a study that identifies a new, “direct fingerprint” of human activity on Earth, scientists have found that agricultural crops play a big role in seasonal swings of carbon dioxide in the atmosphere.

The new findings from Boston University, the University of Michigan and other institutions reveal a nuance in the carbon cycle that could help scientists understand and predict how Earth’s vegetation will react as the globe warms.

Agriculture amplifies carbon dioxide fluctuations that happen every year. Plants suck up CO2 in the spring and summer as they blossom. Then they release it in the fall and winter as they decompose.

The study authors point out that these seasonal effects are distinct from the overall upward trend in CO2 levels that’s the main culprit of climate change. While farming does contribute to that upward trend, the seasonal swings themselves don’t.

“A simple picture is that plants breathe. You can see the seasonal impact of this in the Keeling curve, the famous graph that shows atmospheric CO2 levels measured from a mountaintop in Hawaii since the late 1950s,” said Eric Kort, assistant professor in the U-M Department of Atmospheric, Oceanic and Space Sciences and a co-author the study, published this week in Nature. 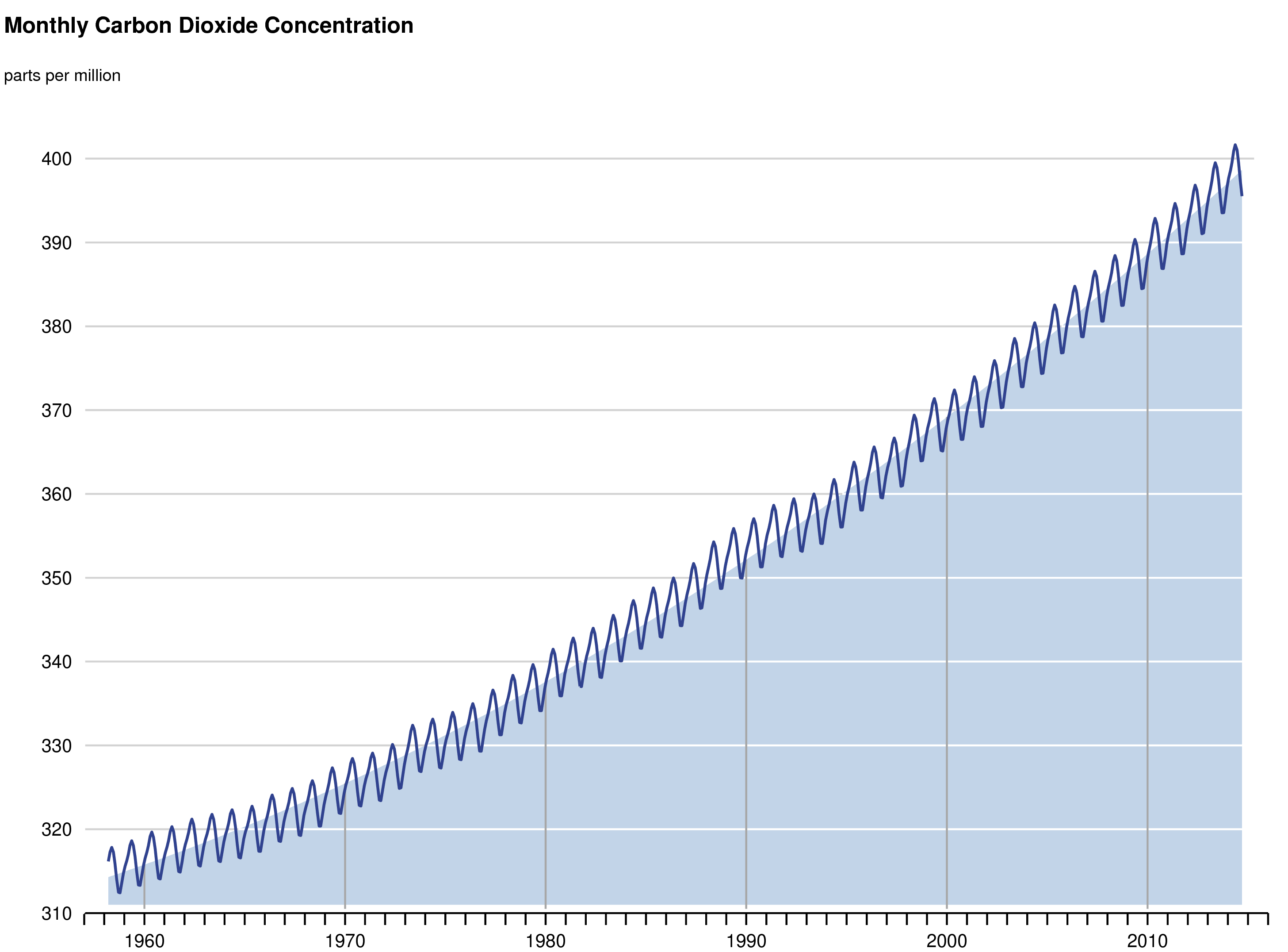 “While it’s been continually increasing, it wiggles up and down a bit each year, and that’s this seasonal breathing of the biosphere,” Kort said.

Over the past 50 years, the wiggles have been getting larger, and by as much as half at higher northern latitudes. Scientists haven’t completely understood why. Much of the change is thought to be caused by the natural system reacting to an altered climate, with changes in photosynthesis, respiration and expansion of woody vegetation all possible contributors. For the most part, that’s what’s happening. But the new findings show it’s not the whole story.

“It turns out we can explain about 25 percent of the increase in seasonal swings with croplands, which are not a natural system,” Kort said. “It’s a different direct human fingerprint.”

Kort says one way to look at the Keeling curve is to consider the upward trend as a result of the inputs from human fossil fuel consumption, and the wiggles as the natural system.

“But humans are changing the wiggles, too,” he said. “And not just indirectly, but directly through crops.”

To arrive at their findings, the scientists gathered global production statistics for corn, wheat, rice and soybeans, which together represent about 64 percent of calories consumed worldwide. They were then able to estimate how much carbon was taken up and released by each crop over time. They compared the increased carbon exchanged with Northern Hemisphere estimates of seasonal carbon exchange derived from atmospheric observations.

They found that production of these crops in the Northern Hemisphere above the tropics—where most of the world’s agriculture takes place—increased by more than 240 percent between 1961 and 2008. That’s mostly due to crop management practices and improved genetics, the researchers say, as the corresponding land area grew by just 18 percent. And in a statistic the authors call “remarkable,” the land for these crops today in the Northern Hemisphere represents just 6 percent of its vegetated area.

The bump in crop yield has increased the seasonal carbon dioxide swings by one third of a petagram over the same time period, the study found. For comparison, total fossil fuel emissions are currently approximately 10 petagrams per year.

“The fact that such a small land area can actually affect the composition of the atmosphere is an amazing fingerprint of human activity on the planet,” said Mark Friedl, a professor in Boston University’s Department of Earth and Environment.

These croplands are “ecosystems on steroids,” added Josh Gray, BU research assistant professor and lead author on the paper.

The study ends with a look ahead. Population projections suggest global food production will have to nearly double over the next half century, calling for increases in cropland and cropland productivity and “imposing an even stronger signal of human activities.”

The study is titled “Direct human influence on atmospheric CO2 seasonality from increased cropland productivity.” It was funded by NASA and the National Science Foundation. Other authors are affiliated with the University of New Hampshire, University of Minnesota, University of Wisconsin and McGill University in Montreal.