When GPS fails, this speck of an electronic device could step in 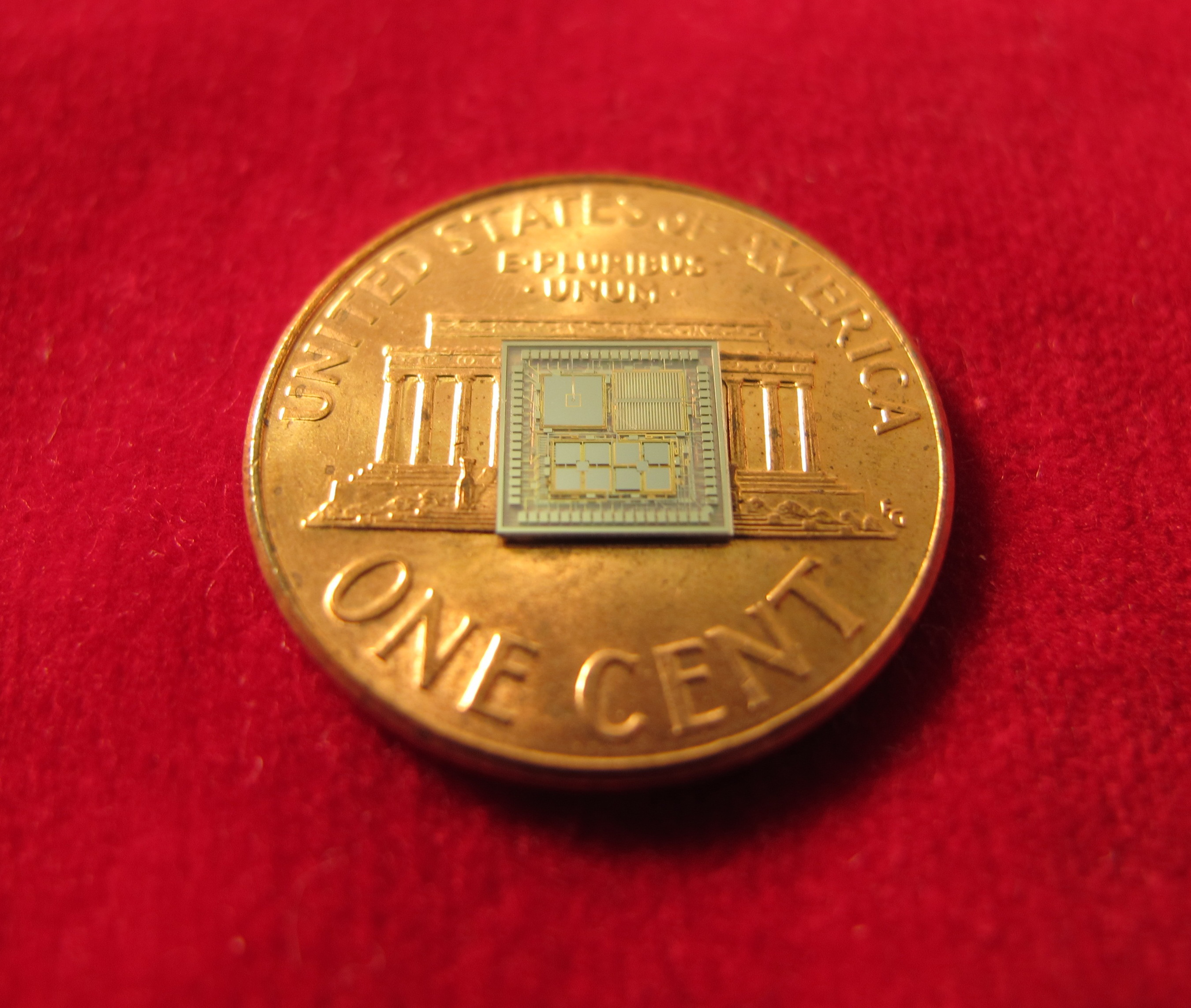 This tiny “timing inertial measurement unit” could take over when GPS is unavailable. Image credit: Yi YuanANN ARBOR—In a pellet of glass the size of an apple seed, University of Michigan engineering researchers have packed seven devices that together could potentially provide navigation in the absence of the satellite-based Global Positioning System (GPS.)

Space-based GPS—convenient for civilians and essential for the military—is far from fail-proof. It doesn’t work indoors, near tall buildings or in heavy cloud cover, and it’s relatively easy to jam, researchers say.

“In some cases, there is no good solution for that yet,” said Khalil Najafi, the Schlumberger Professor of Engineering and chair of electrical and computer engineering. “That’s one of the reasons there’s interest in developing this technology.”

So-called “timing and inertial measurement units” similar to this new one are used nowadays as motion sensors in cell phones, game controllers and automotive systems, but the performance of these silicon sensors isn’t good enough for navigation, positioning and guidance across larger distances or long times. Inertial sensors have been used to navigate ships and aircraft since long before GPS. Those still in use today in these vehicles are much larger.

“In the smallest commercial inertial systems, the volume is about the size of an apple, and most are larger – about the volume of four apples,” Najafi said. “The volume of our device is less than an apple seed. The main breakthrough is that the technology we developed is hopefully going to allow us to build very high performing devices in extremely small sizes.”

At 13 cubic millimeters, the package contains a highly-precise master clock and six sensors that detect movement in six different axes.

To make their advanced inertial measurement unit, Najafi and his research group developed special fabrication processes that allows them to stack and bond the seven different devices in layers. And to make their unit more robust, they built it out of fused silica – a high quality glass – rather than silicon, which is commonly used for these types of devices.

Timing and inertial measurement units track a path by measuring speed, time, direction and distance from a starting point. “In order to measure position, you need to know where you are and then how far you’ve moved in so much time and in what direction,” Najafi said.

GPS receivers, on the other hand, calculate location based on their movement in relation to a network of satellites. The satellites continuously ping the receiver. Najafi envisions that the two approaches could be combined so navigation systems would have a backup component and seamless operation both outdoors and indoors. But that, he believes, is at least five years away.

Other researchers who contributed to the work include: post-doctoral research fellow Zongliang Cao; graduate student Yi Yuan; assistant research scientist Becky Peterson; and visiting assistant research scientist Guohong He, all in the department of electrical engineering and computer science. Najafi and his colleagues presented a paper on the device, “Fabrication of Multi-Layer Vertically Stacked Fused Silica Microsystems” on June 18 at the 17th International Conference on Solid-State Sensors, Actuator and Microsystems Conference (Transducers ‘2013) in Barcelona, Spain. Mina Rais-Zadeh, assistant professor of electrical and computer engineering, and her group developed the timing unit for this system. Najafi is also an Arthur F. Thurneau professor and a professor of biomedical engineering.

This material is based upon work supported by the Defense Advanced Research Projects Agency (DARPA) and SPAWAR Systems Center Pacific (SSC Pacific) under Contract No. N66001-11-C-4170.

One of U-M’s top priorities is to help society reap the benefits of its $1 billion research portfolio through a rich variety of programs in tech transfer, entrepreneurship education, venture creation and business engagement that spur innovation and economic development throughout the region and beyond. Learn more at innovationeconomy.umich.edu