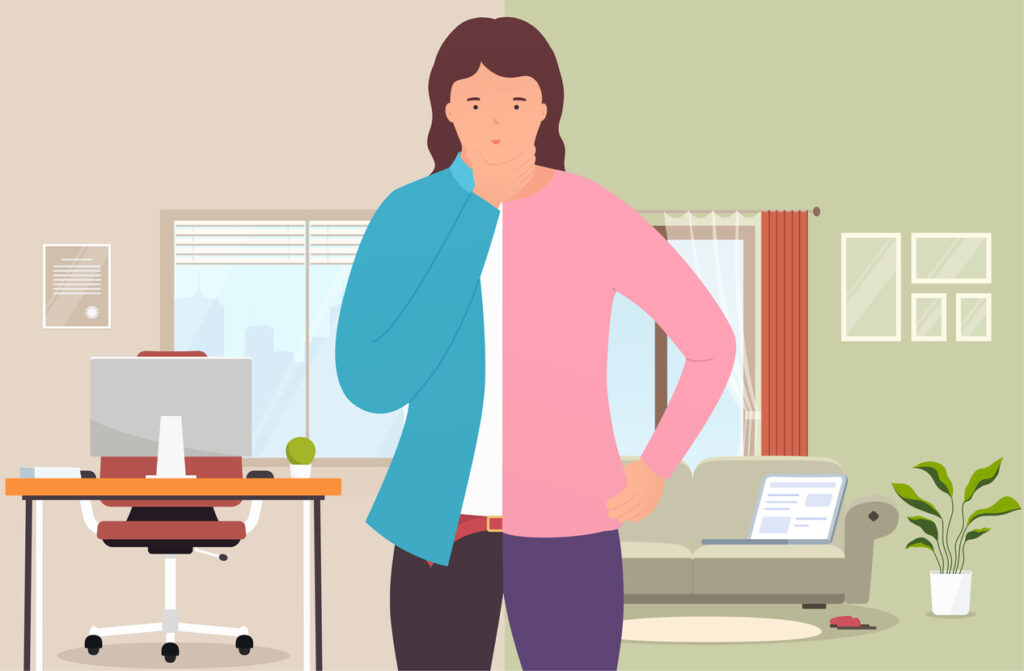 As people inch closer to returning to work after staying home during the pandemic, they tend to downplay the risks of getting a COVID-19 infection, according to new research.

In addition, these changes over time in perceived infection risk are more pronounced among people who are at a higher risk of serious illness from COVID-19, said Yeşim Orhun, an associate professor of marketing at the University of Michigan’s Ross School of Business.

The researchers—Orhun, Alain Cohn of U-M’s School of Information and Collin Raymond of Purdue University—surveyed more than 3,800 people working from home during the pandemic. They found those facing the prospect of returning to their workplace soon, compared to those who were not due to return for a while, were more optimistic about infection risks associated with returning to work. At the same time, they were more pessimistic about risks associated with working from home.

The results suggest that people are engaging in a phenomenon known as “motivated optimism”—downplaying future risks to manage their feelings of anxiety.

“People get both relatively more optimistic about the risks at work and relatively less optimistic about the risks at home,” Orhun said. “If you’re working from home, you want to believe that is not very risky, and you think, ‘I’m so glad I’m not going to work; it’s super risky.’ Compared to these folks, the people who are about to return to work think that it’s not so bad after all, while also thinking about home, ‘It’s probably not as safe as I thought.'”

In addition, the study found that people who were at greater risk from harm due to COVID-19—those with underlying medical conditions and those aged 60 or older—became more optimistic as they approached their return than those at lower risk.

The researchers also studied whether other factors—including gender, risk aversion, education, income and political beliefs—affected “motivated optimism,” but they found no differences tied to those factors.

The findings about people with comorbidities highlights the power of motivated reasoning, Orhun said.

“These people are the most anxious about returning to work,” she said. “The fact that this group has the largest belief changes as they approach their return to work supports the idea that people are trying to make themselves feel better by deadening their worries.”

Understanding this phenomenon, Orhun said, also may help managers and health officials communicate effectively and establish policy for safe returns to work. Since changes in beliefs are largest just before returning to the workplace, and among people at highest risk, policy makers may find that knowledge helpful in planning information campaigns.

“Who are you going to target, and when should you try to change beliefs when people are motivated to downplay risks? Our results shed a new light on that,” Orhun said.