World’s most complex microparticle: A synthetic that outdoes nature’s intricacy 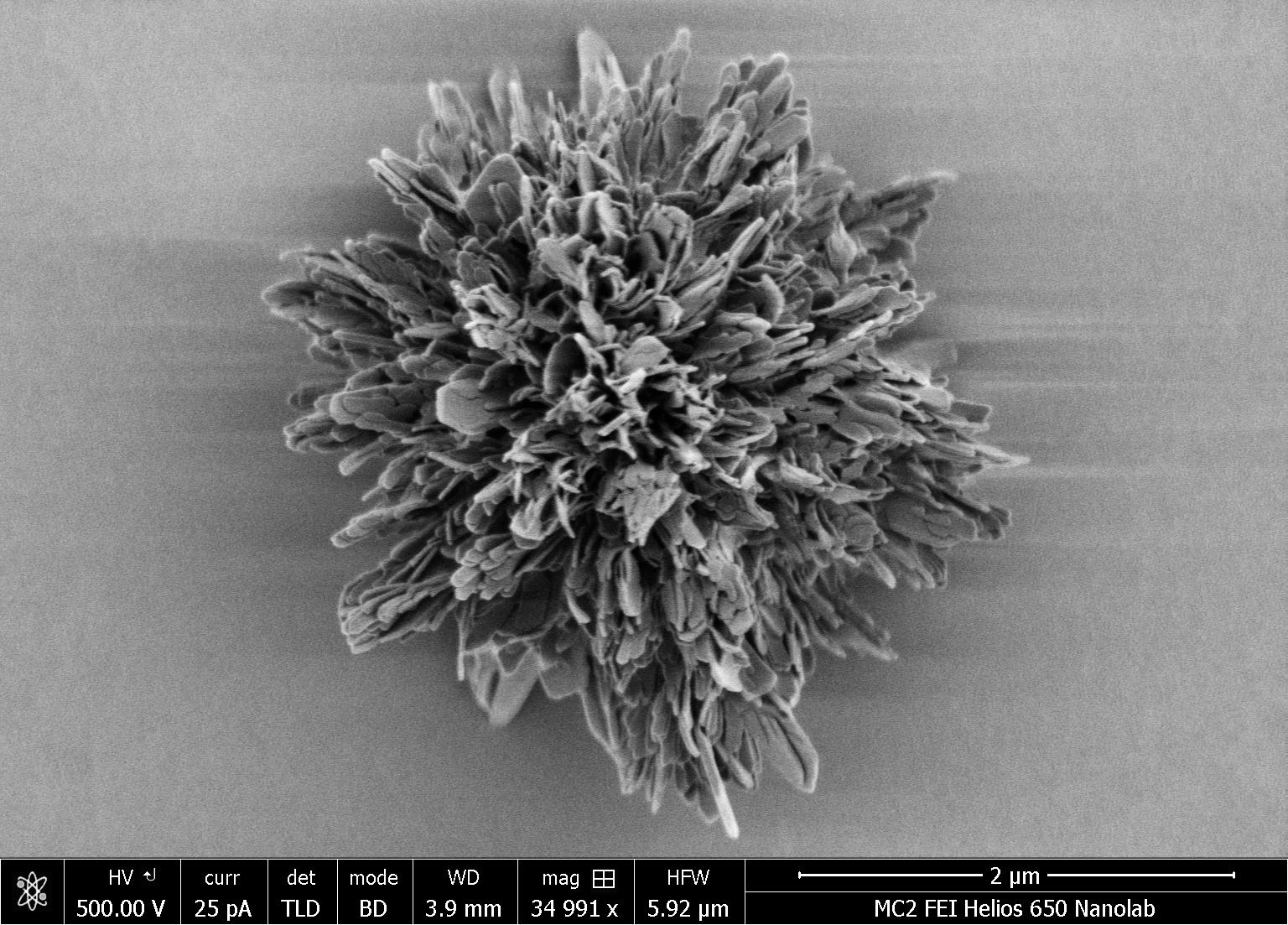 Made from curved gold-cysteine nanosheets that all twist in the same direction, the spiky nanoparticle achieved the highest complexity measured. It absorbs UV light and emits twisted light in the visible part of the spectrum. Credit: Wenfeng Jiang, Kotov Lab, University of Michigan

ANN ARBOR—Synthetic microparticles more intricate than some of the most complicated ones found in nature have been produced by a University of Michigan-led international team. They also investigated how that intricacy arises and devised a way to measure it.

The findings pave the way for more stable fluid-and-particle mixes, such as paints, and new ways to twist light—a prerequisite for holographic projectors.

The particles are composed of twisted spikes arranged into a ball a few microns, or millionths of a millimeter, across. 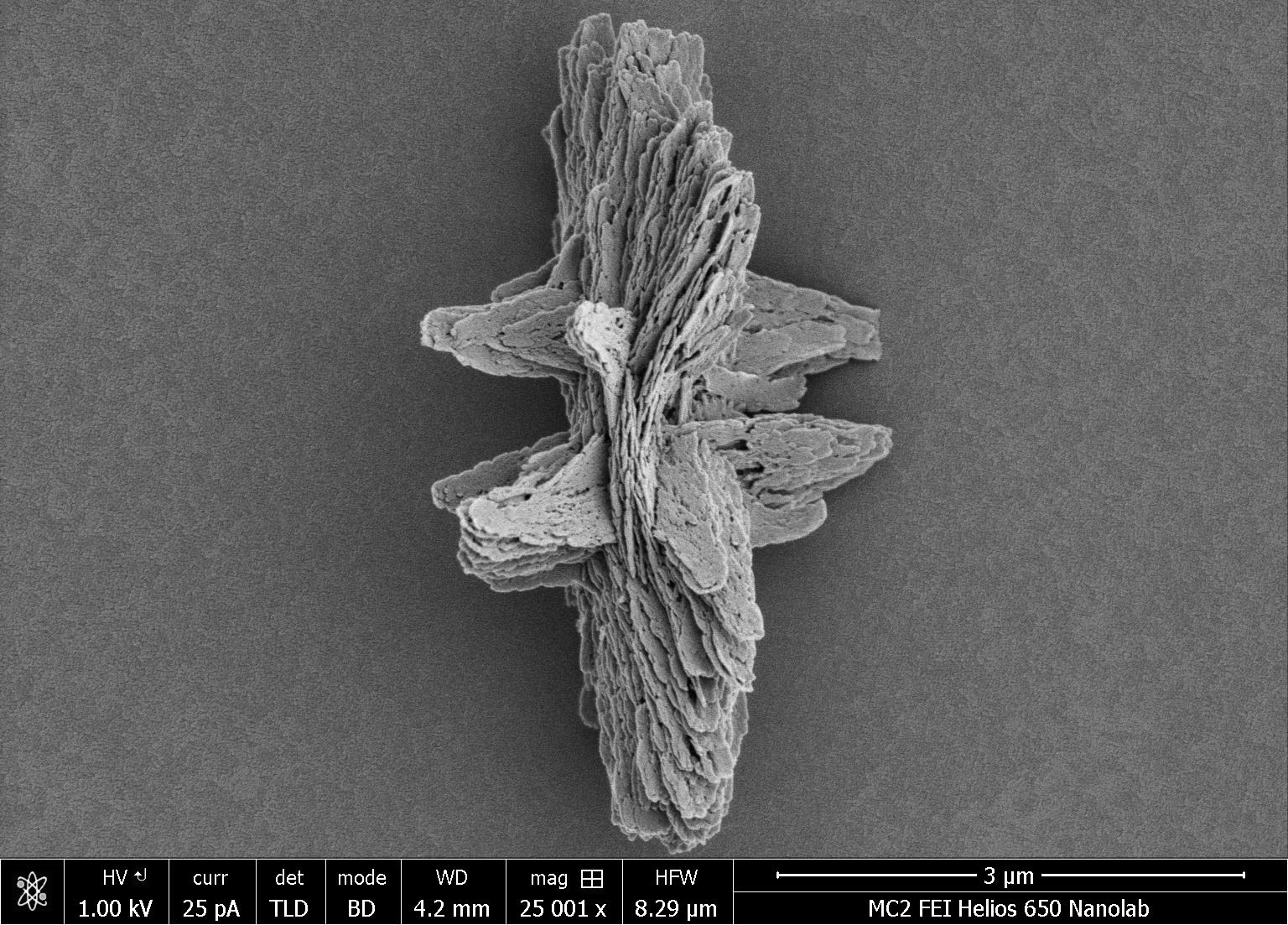 If the gold-cysteine nanosheets are designed to remain flat, the result is a moderately complex design that the researchers called a “kayak” particle. Credit: Wenfeng Jiang, Kotov Lab, University of Michigan

Biology is a great creator of complexity on the nano- and microscales, with spiky structures such as plant pollen, immune cells and some viruses. Among the most complex natural particles on the scale of the new synthetic particles are spiky coccolithophores. A few microns in diameter, this type of algae is known for building intricate limestone shells around themselves. To better understand the rules that govern how particles like these grow, scientists and engineers try to make them in the lab. But until now, there was no formalized way to measure the complexity of the results.

“Numbers rule the world, and being able to rigorously describe spiky shapes and put a number on complexity enables us to use new tools like artificial intelligence and machine learning in designing nanoparticles,” said Nicholas Kotov, the Joseph B. and Florence V. Cejka Professor of Engineering at U-M, who led the project.

The computational arm of the team, led by André Farias de Moura, professor of chemistry at the Federal University, investigated the quantum properties of the particles and the forces acting on the nanoscale building blocks. 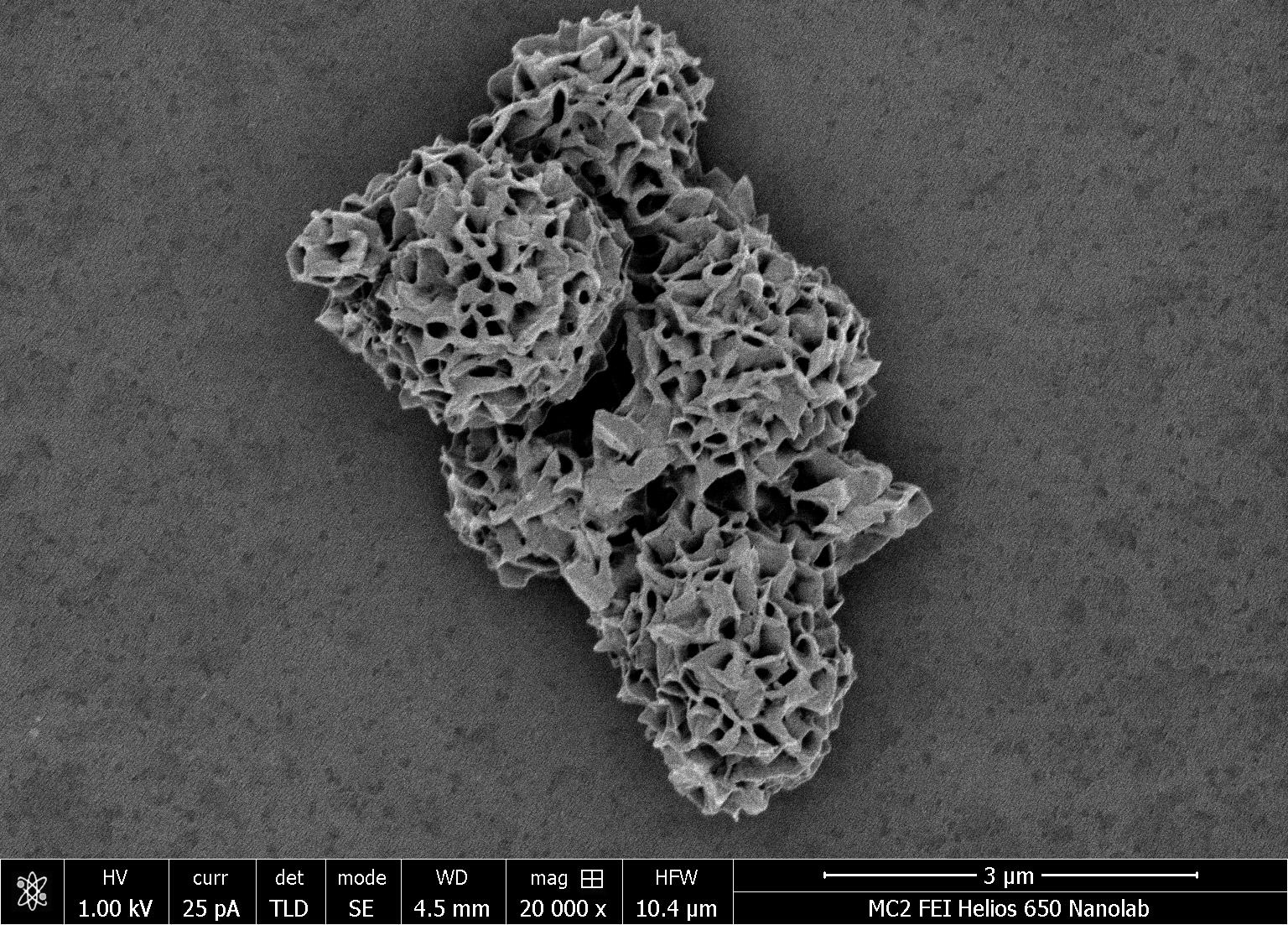 One of the key players in producing complexity can be chirality—in this context, the tendency to follow a clockwise or counterclockwise twist. They introduced chirality by coating nanoscale gold sulfide sheets, which served as their particle building blocks, with an amino acid called cysteine. Cysteine comes in two mirror-image forms, one driving the gold sheets to stack with a clockwise twist, and the other tending toward a counterclockwise twist. In the case of the most complex particle, a spiky ball with twisted spines, each gold sheet was coated with the same form of cysteine.

The team also controlled other interactions. By using flat nanoparticles, they created spikes that were flat rather than round. They also used electrically charged molecules to ensure that the nanoscale components built themselves into larger particles, bigger than a few hundred nanometers across, due to repulsion. 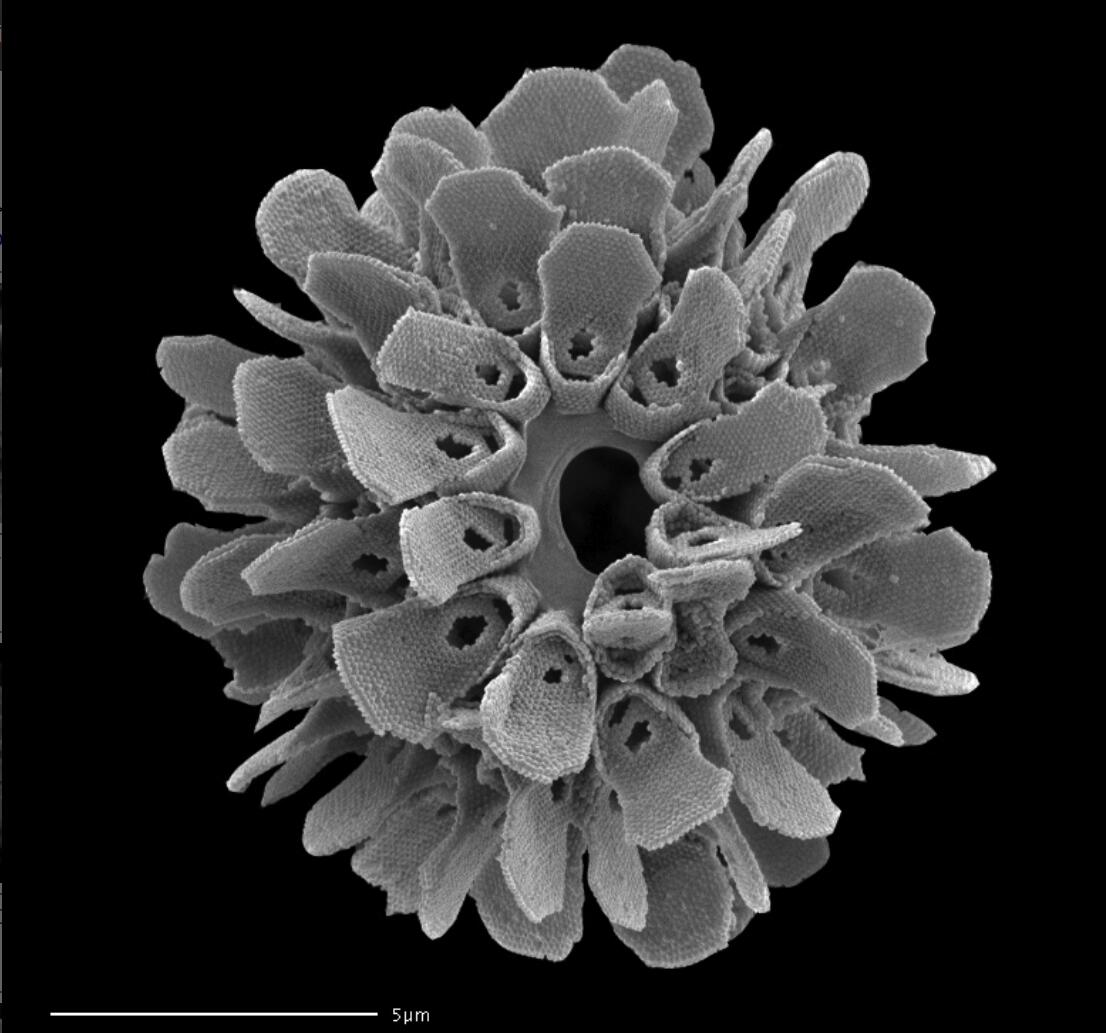 The limestone shell produced by the coccolithophore Syracosphaera anthos, one of the most complex particles on this scale found in nature, is more intricate than kayak particles but less intricate than the spiky synthetic particle. Courtesy of www.mikrotax.org

And that complexity can be useful. Nanoscale spikes on particles like pollen keep them from clumping together. Similarly, the spikes on these particles made by the research team help them disperse in virtually any liquid, a property that is useful for stabilizing solid/liquid mixtures such as paints.

“The understanding of these emissions was one of the hardest parts of the investigation,” de Moura said.

From the results of the experiments and simulations, it appears that UV energy was absorbed into the hearts of the particles and transformed through quantum mechanical interactions, becoming circularly polarized visible light by the time it left through the curved spikes.

The researchers believe that the tactics they have uncovered can help scientists engineer particles that improve biosensors, electronics and the efficiency of chemical reactions.

The study is titled, “Emergence of Complexity in Hierarchically Organized Chiral Particles,” and is published in the journal Science. The research is funded by the U.S. Department of Defense, National Science Foundation and Brazilian funding agencies CAPES, CNPq and FAPESP. The particles were studied at the Michigan Center for Materials Characterization.