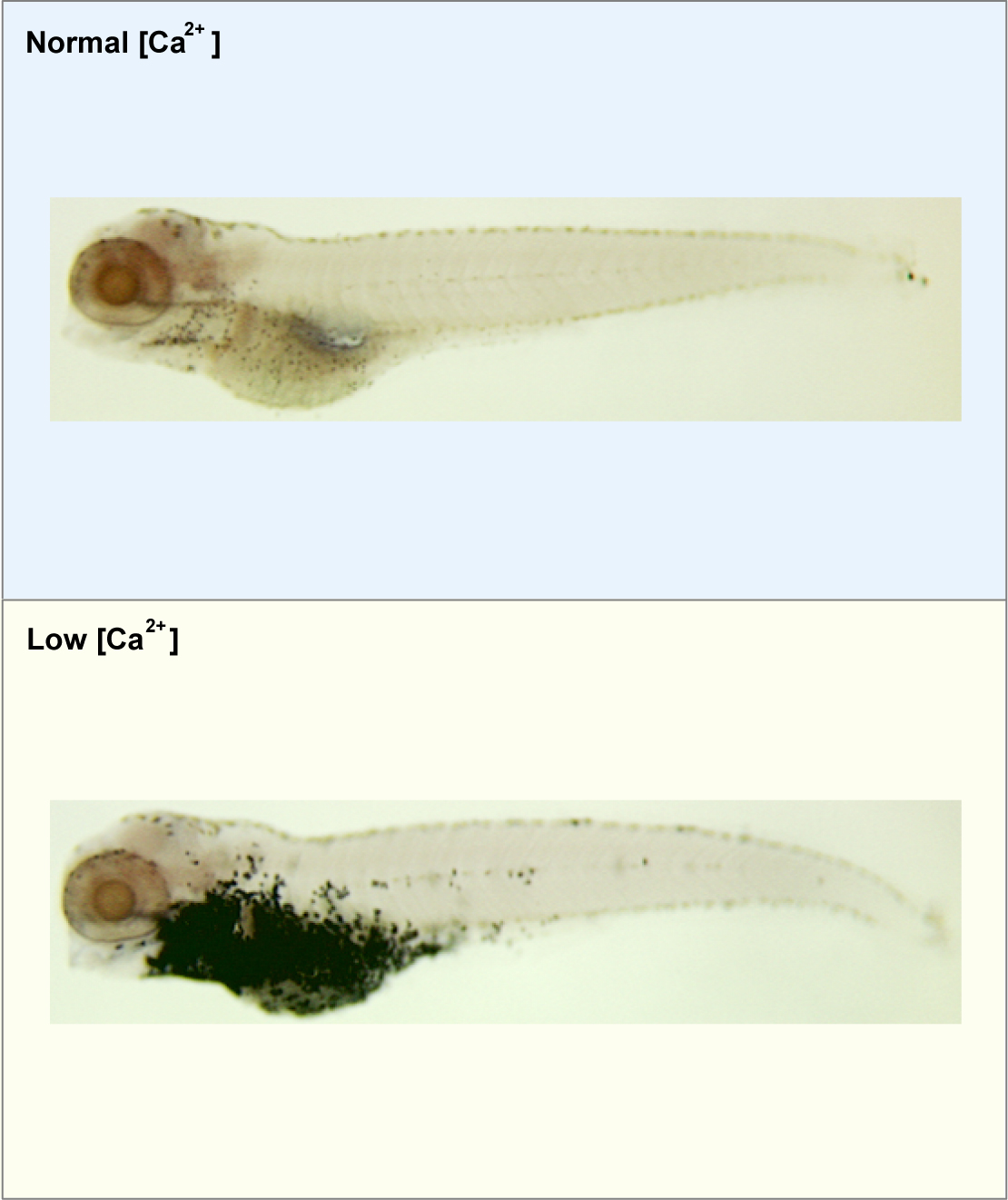 The image depicts two zebrafish. One has been raised in water containing a normal concentration of calcium and the other has been raised under low calcium conditions. The specific cells that specialize in calcium uptake for the body have been stained. It is apparent that under normal calcium conditions (top panel) there are just a few of these cells present. Under low calcium conditions (bottom panel) the staining has elucidated exponentially more of these cells (many more dark spots present).ANN ARBOR—A tiny, transparent fish embryo and a string of surprises led scientists to a deeper understanding of the perplexing link between low calcium and colon cancer.

To do this, Duan and colleagues used a fluorescent protein to mark a type of epithelial cell, whose job it is to import calcium into the body. The cells behave essentially the same in people and zebrafish, but scientists can study the live cells in zebrafish embryos because they sit on the skin, instead of in the intestine and gut, as with humans.

When the researchers placed the zebrafish embryos in calcium-depleted water, they were surprised that it activated a particular growth factor that stimulates division and growth in these epithelial cells. The calcium transporter (TRPV5/6) must be present for this activation, which is an apparent survival mechanism for animals to import calcium into cells in low-calcium environments.

Understanding the mechanisms behind the calcium-induced abnormal colonic cell growth is the first step in developing drugs or other therapies to prevent it, Duan said.

“Theoretically, it’s a possibility you could someday apply this to humans and block human colon cancer cell division,” he said.

Duan said several surprising findings and unlikely players converged to push the research along. First, Duan’s lab doesn’t even study cancer, but rather the growth factor in zebrafish embryo development.

“We found accidentally that these cells divide like crazy when you change the water calcium level,” Duan said.

After that, the research swerved in a new direction.

“We then wondered if the growth factor involved had anything to do with colon cancer,” he said.