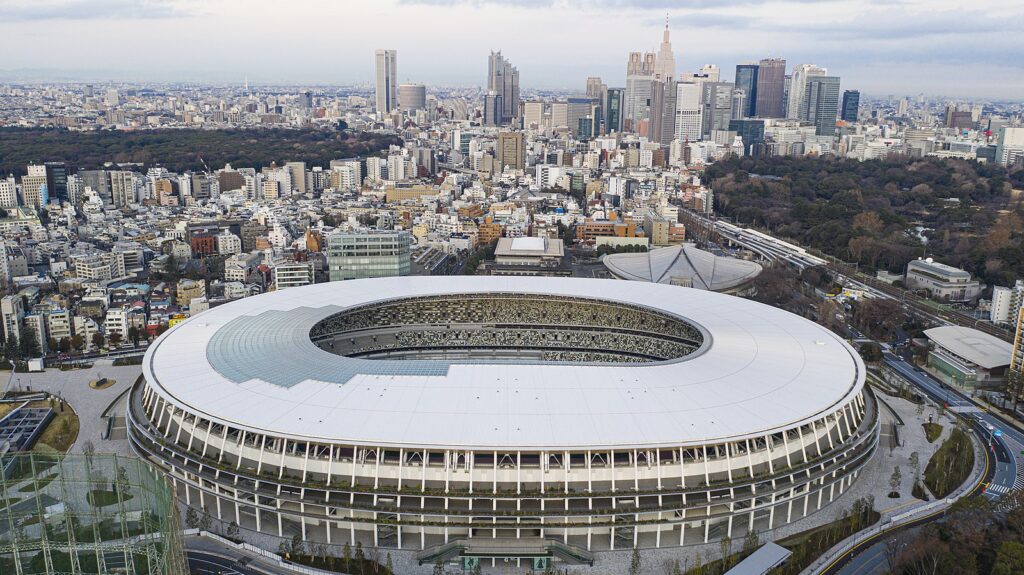 After a year of delays due to the coronavirus pandemic, the 2020 Tokyo Summer Olympics will take place July 23 to Aug. 8. University of Michigan experts are available to talk about issues related to the games and Japan.

Yuki Shiraito, an assistant professor of political science, is an expert in data analysis in political science and his work includes the analysis of political attitudes in Japan. He can discuss public reaction to the games and its potential implications for Japan’s upcoming general election.

“Lower public support than other bidding cities was seen problematic even before Tokyo won the bid in 2013, and the Japanese public is far from enthusiastic about the Olympics now,” he said. “The development from last year revealed that hosting the event is politically risky to elected officials, since disasters such as pandemics are unpredictable. I would be very surprised if any city in Japan were to make a bid for the Olympics ever again.”

Andrei Markovits is a professor of political science and Germanic languages and literatures. He has written many scholarly articles on various aspects of sports and their cultures and co-wrote the books “Offside: Soccer and American Exceptionalism,” “Gaming the World: How Sports Are Reshaping Global Politics and Culture” and “SPORTISTA: Female Fandom in the United States.”

Aubree Gordon, associate professor of epidemiology, works on infectious disease epidemiology and global health, particularly the epidemiologic features and transmission of influenza. She’s currently conducting studies on COVID-19 in children and across people’s lifespan and on SARS-CoV-2 transmission and immunity. She is an investigator with the Centers of Excellence for Influenza Research and Response.

Charles McClean, an incoming visiting professor at the Center for Japanese Studies, is an expert on Japanese politics. He can discuss national and local government responses to the COVID-19 pandemic, how the Japanese public views the government’s handling of the games, and what the Olympics may mean for Japan’s next general election in the fall.

Erik Gordon is a clinical assistant professor of business administration. His areas of interest include entrepreneurship and acquisitions, venture capital, private equity, investment banking, transportation, and digital and mobile marketing.

“Pandemics add a new risk to global events that require huge investments years in advance of opening day,” he said. “A country spends huge amounts of money preparing for an onslaught of visitors. Hospitality companies build new hotels and restaurants for the visitors. If the visitors can’t come, all those investments are worth a lot less. The disappointment is financial and emotional.”

Judith Grant Long is an associate professor of sport management and urban planning. Her areas of expertise include the intersection of sports, tourism, city planning and economic development; planning for sports and tourism mega-projects, with a focus on the Olympic Games; and assessing and improving host city experiences and outcomes.

“Tokyo 2020 sits at a crossroads in the history of hosting the Olympic Games, between a grand opulent past and the IOC’s vision of a more frugal future. As a pivot play, Tokyo was well-positioned with its record of successfully hosting the games in 1964 and having several sporting venues already in place. By games-time however, the initial bid budget of $7.5b had more than doubled to $15.4b due in large part to legacy investments targeting reconstruction in Fukushima and nearly $3b in costs associated with the Covid-19 pandemic. Looking ahead to Paris 2024 and Los Angeles 2028, the stakes are very high for the IOC as it seeks to guide better outcomes for Olympic host cities.”

On tourism: “Tokyo is hoping to host a ‘safe’ Olympics despite a declaration of a state of emergency and a relatively slow vaccination rollout,” she said. “While the developed world is returning to a pre-pandemic ‘normal,’ the Tokyo Olympics will be anything but. The ban on overseas spectators and limit on locals at Olympic events means that the Japanese tourism industry is bracing for even more record losses. Although the tourism boost from Olympic visitors tends to be overestimated by Olympic organizers, the hardest hit groups will be local small-to-medium businesses that have been planning for years to welcome the world.”

On public opposition: “The planning and delivery of an Olympic Games tend to exacerbate human rights violations and amplify inequities in host communities. The Tokyo Games are no different as Japanese organizers have been plagued by numerous reports of displacement of locals and labor rights violations since preparations began. More recently, widespread calls by residents and public health officials’ for another postponement have been ignored. Given claims by a local Olympic official that the IOC cornered Tokyo into proceeding, this raises the issue of the suppression of local opposition—a critical human rights concern when hosting the Olympics. While the IOC has taken measures to address human rights issues with updated policies and host city contracts, it still has far to go.”

Stefan Szymanski, professor of sport management, is an expert on sports economics; sports history, culture and society, with a focus on Detroit’s Olympic bids; and international sports federations and the governance of sport, particularly soccer.

Marcus Collins is an assistant clinical professor of marketing who keeps one foot in the world of academia and one in the world of practice—serving as the head of planning at Wieden+Kennedy New York.

“The Olympics are unquestionably a cultural moment that signals both national pride and global cohesion, where the ‘world’ takes the stage to compete. However, the pandemic has, in many ways, usurped the Olympics in this fashion,” he said. “It brought us together by pulling us apart. We competed to see which countries were faring best, which would get vaccinations first, and how they were able to mobilize their people to get vaccinated. Athletes compete for gold in the Olympics, in the pandemic we competed for life—a far more supreme prize.

“The result of this creates a greater hurdle for the Olympics to compete—beyond the fact that the world is opening after a 16-month shutdown and people are looking to get out into the world as opposed to being indoors to watch more TV this summer. That only heightens the challenge the Olympics faces every four years, despite the pandemic. The bigger challenge for the Olympics, I would argue, is this: What do the Olympics mean when we’ve already been in the world’s competition and cohesion event? What place does it have in the culture world when we’ve just watched health Olympics for the last 16 months? That’s the real challenge.”

Gregory Laurence is the director of graduate studies at the Center for Japanese Studies and professor of management at UM-Flint. He works on issues related to work-life balance and is an expert on Japanese culture and business. He can discuss topics related to female athletes wanting to travel to Japan with their infant children and the use of pop songs by the various networks broadcasting the Olympics on Japanese TV.

Dennis Frost is an affiliate of the U-M Center for Japanese Studies and professor of East Asian studies at Kalamazoo College. He has published widely on the history of sports in Japan, with research focusing on historical Japanese sports stars, including famous Olympians, and more recently on the history of disability sports in Japan. As a leading scholar in the subfield and one of the few writing on this history in English, Frost can provide unique insights on the historical context and significance of the Tokyo Paralympics. He can also speak to the broader social impacts, goals and controversies associated with these games.

Scott W. Campbell, professor of communication and media, can discuss the uses and impact of mobile and social media at the Olympics.

“I think this time more than ever the Olympics will be experienced in a hybrid space, comprised of atoms and molecules as well as bits and bytes,” he said. “In Japan, much of the flows of programming and communications will be commodified. The Olympics always have been and always will be that way. What is different is the extent to which commercial and noncommercial media coverage and engagement with the Olympics will be layered into the experience.

“More streaming, more sharing in ways that lower the traditional thresholds that keep people from connecting, like time, space and money. It will also be interesting to see if and how much 5G technology will be leveraged to connect people to the Olympics in new and more immersive ways through virtual and artificial realities. The major telecom providers around the world have been making that promise for some time now. I’m not sure we’re quite there yet, but I imagine there will be some exciting attempts and glimpses into new things to come.”

Thomas Finholt, dean of the U-M School of Information, can talk about the addition of esports to the Olympics. Although not a medal event yet, an Olympic Virtual Series featuring five esports events—auto racing, baseball, cycling, rowing and sailing—was approved by the International Olympic Committee and is now under way, ahead of the 2021 Summer Games. The School of Information is leading a multidisciplinary academic program in esports at U-M.

“The initial foray into esports at the Olympics, represented by their inclusion in the upcoming Olympic Virtual Series prior to the Tokyo Games, is an exciting milestone in the development of esports. However, the platforms selected for the Virtual Series are not ones that will naturally resonate with the large worldwide audience of esports spectators and participants. Still, the inclusion at this level is likely to spark curiosity, even if audiences aren’t that familiar with the Virtual Series platforms.”