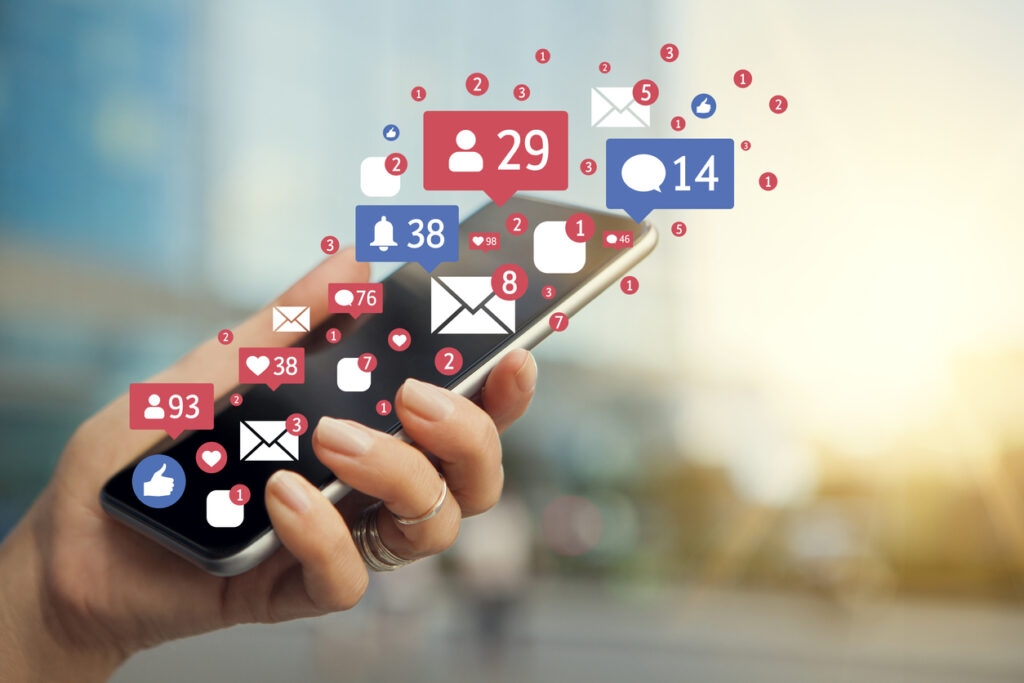 A swift drop in late February in social media engagement with content from “iffy” sources is prompting University of Michigan researchers to ask whether Facebook and Twitter users have been experiencing a “flight to news quality,” or at least a flight away from less trustworthy sites, during that time—and if so, why.

For the week ending Feb. 14, 8.8% of the engagement with the most popular URLs on Facebook was dedicated to content from Iffy sites (as measured by U-M’s Iffy Quotient), and on Twitter this percentage was 8.2%. Two weeks later, the numbers had dropped to 6.1% and 5.4%, respectively.

Such a dramatic shift is noteworthy enough, but a closer examination reveals further intrigue, said Paul Resnick, the Michael D. Cohen Collegiate Professor of Information. Twitter first experienced rapid growth in engagement with Iffy sites, up to 10.4% for the week ending Feb. 21, followed by an even more rapid decline, the research showed.

After the beginning of the COVID-19 pandemic in 2020, the Center for Social Media Responsibility noted a similar flight to quality on Facebook and Twitter.

Resnick and colleagues suggest that recent trends may be influenced in part by media coverage of the invasion of Ukraine by Russian forces.

“Iffy sites can be more entertaining to readers,” he said. “When being informed matters a lot, though, readers seem to turn their attention away from Iffy sites.”

Twitter’s Iffy Quotient trajectory, in particular, loosely maps onto the Russian invasion timeline: The rise in engagement with Iffy site URLs takes place around the same time as the onset of rumors of an invasion taking place on or around Feb. 16, while its descent quickens around Feb. 24, when news was breaking of Russian forces moving into Ukraine.

“When the stakes were higher, there was a flight to higher quality news sources,” Resnick said. 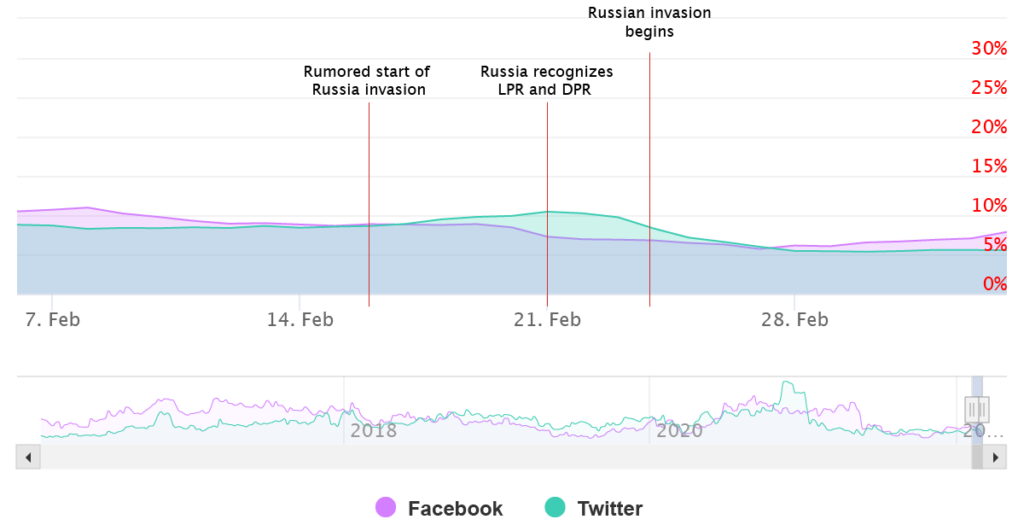 A blog post by Resnick and colleagues James Park and Sagar Kumar offers more details, including a look at the topics of some of the most popular Iffy content and an exploration of whether platforms’ enforcement actions against state-owned Russian media accounts might explain the drop in engagement with Iffy content.