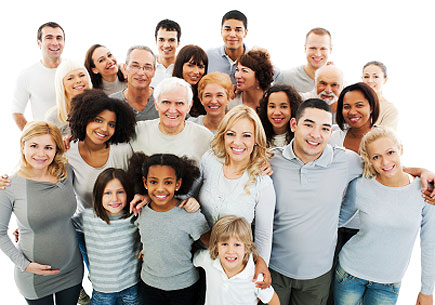 ANN ARBOR—A major cultural and geographic divide is emerging between Americans under age 35 and over 50, according to University of Michigan demographer William Frey.

“More than 70 percent of today’s baby boomers and seniors are white, and they grew up during a time when the nation’s minority population was relatively small and consisted mainly of African Americans,” said Frey, a researcher at the U-M Institute for Social Research and at the Brookings Institution. “By contrast, 40 percent of those under age 35 belong to minority groups. They have grown up during a period when racial mingling is the norm at school, work, social occasions and houses of worship.”

The resulting differences in social and political attitudes will increase economic and cultural tensions in communities across the nation, Frey says, with some areas affected much sooner and more strongly than others.

Frey will present his projections March 19 at a meeting of Society 2030, a consortium bringing together U-M researchers and corporate leaders to prepare for society’s changing age structure and other demographic trends.

Based on analyses of the latest U.S. Census data, Frey made the following predictions:

“We are quickly becoming a more racially diverse society, beginning with our youth,” Frey said. “Just as the post-war baby boom generation influenced all aspects of our culture as it moved through the lifecycle, today’s younger minorities will help to shape all aspects of our national life as they move into middle age.

“It’s vital for politicians, community and business leaders, and policymakers to pay attention to these changes. The decisions about how to incorporate this generation into the new American mainstream have important implications for our nation’s future.”