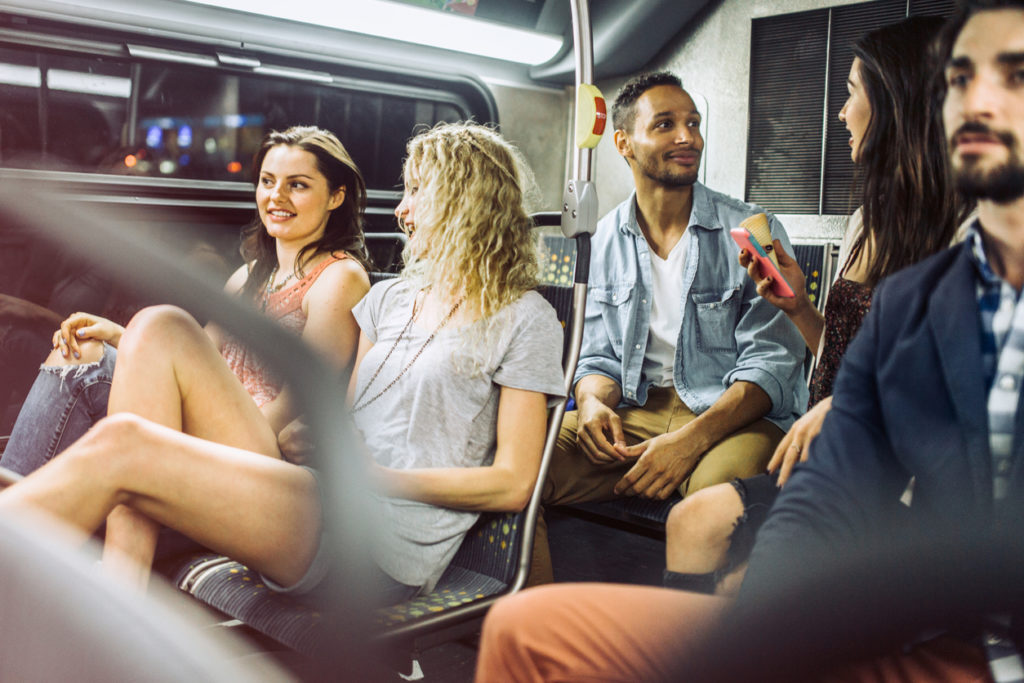 ANN ARBOR—As public transportation systems across the country struggle with low ridership and costly underutilized lines, some are experimenting with new systems that incorporate ridesourcing services to serve “last-mile” trips or to bring commuters to their fixed routes.

But how will commuters respond to these changes?

University of Michigan researchers Xiang ‘Jacob’ Yan, a doctoral student at the Taubman College of Architecture and Urban Planning Jonathan Levine, a professor at the Taubman College, and Xilei Zhao, a postdoctoral fellow in industrial and operations engineering, sought to find out how commuters would react to tweaks in the traditional transit system.

They surveyed faculty, staff and students to learn their stated preferences toward MTransit, a proposed program to reinvent the current free bus service on U-M’s Ann Arbor campus. The concept would replace the current 12 bus routes with four higher-frequency routes in the central, high-volume corridors while adding on-demand shared shuttle services in the outer areas.

The survey data were used to forecast transit use under the proposed system. In addition to using riders’ stated preferences, the authors also looked at their revealed preference, or what they did, to create a more reliable prediction of how people would react to a new system.

“You can design an optimal system, but if you don’t listen to what travelers do and how they actually behave it won’t take you very far,” Levine said.

“When riders take the bus, they just need to consult the schedule. This new system will require them to use their phone to request a ride,” Yan said. “How will riders respond and use a system like this? This study gives scientific evidence to quantify the response from the travelers and illustrates the tradeoffs that transit agencies need to face.”

“What we can do here can be a good model for other places that face more institutional constraints than we do,” Levine said.

Research support was provided by the Michigan Institute for Data Science (MIDAS).