Children of Earned Income Tax Credit beneficiaries delayed marriage and first births, according to a new study co-authored by a University of Michigan professor, suggesting the cost-effectiveness of the federal program. 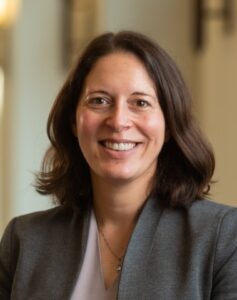 Analyzing data from the Panel Study of Income Dynamics, the researchers found children of EITC beneficiaries delayed marriage and first births in early adulthood (ages 16-25). Specifically, a $1,000 increase in EITC exposure in childhood caused a 2%-3% decline in a woman’s likelihood of having her first child and getting married in her early 20s.

The study found similar reductions in fertility decisions among Black and white women, but marriage declines were concentrated among white women. The researchers found no evidence that exposure to the EITC affected men in the same ways.

“These results are consistent with a human capital theory perspective, which suggests that increases in educational attainment increase the opportunity costs of childbearing, leading to lower fertility rates among young women exposed to the EITC,” the authors wrote in the study published in Demography.

The authors conclude the results of the study have implications for the well-being of young women who delay having children. They note early childbearing can result in negative outcomes for mother and child, including decreased educational attainment, poor labor market outcomes, increased use of social welfare programs and poor health.

The results also have implications for federal and state spending on the EITC.

Each birth avoided before age 25 reduces EITC claims, since childless individuals are not eligible for the credit until turning 25, according to the study. The results further suggest the program is cost-effective, “improving the human capital and reducing the incidence of early childbearing among those exposed to the credit in childhood.”

The study builds on research into the familial benefits of the EITC by Michelmore and others at U-M and Syracuse.