Earth Day @ 50: Insights from a pandemic 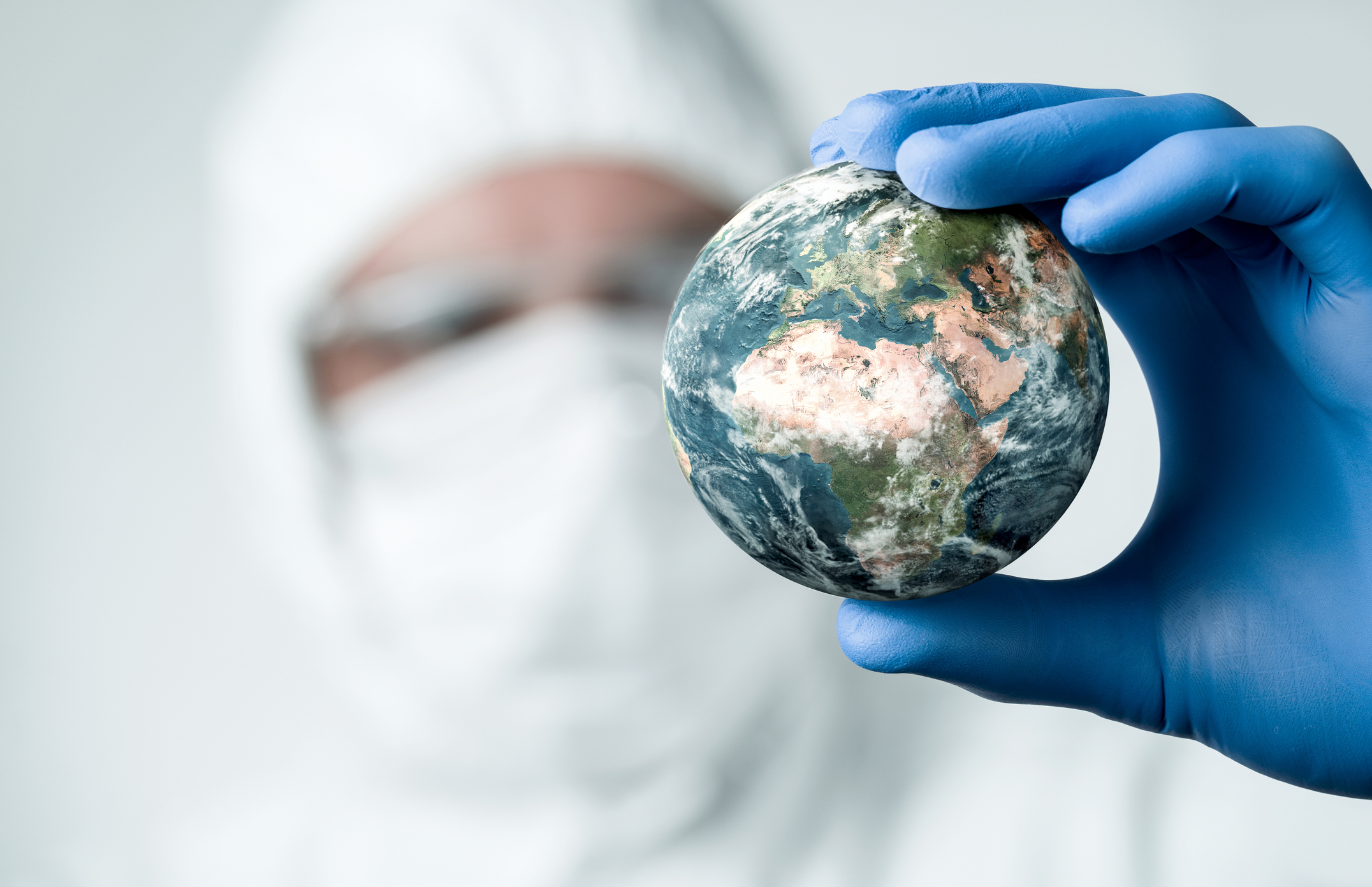 While COVID-19’s staggering toll of human suffering continues to rise worldwide, the pandemic has enabled some scientists to study aspects of nature and the environment that weren’t possible before. For others, the pandemic highlights the importance of
essentials—access to clean air and water, regular contact with nature, the availability of food at grocery stories—that most of us usually take for granted.

University of Michigan experts are available to discuss insights from the pandemic and the special significance of the 50th Earth Day on April 22. 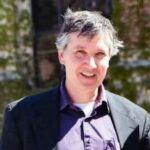 Jeroen Ritsema and Ben van der Pluijm of the Department of Earth and Environmental Sciences are using seismometers inside the university’s football stadium and on its central campus to study the reduction in ground-motion noise following the cancellation of in-person U-M classes March 11 and the Michigan governor’s March 23 stay-at-home order, which took effect the following day. 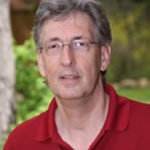 The U-M findings are similar to noise reductions reported by seismologists around the world.

“It is now easier to hear Earth’s voice above the anthropogenic noise,” said Ritsema, a professor of geophysics. “We might learn something about how anthropogenic noise affects the quality of our seismic recordings, and it may help us identify quieter locales for routine earthquake monitoring.”

“This coronavirus-driven stay-home order creates a unique situation in city noise conditions, similar to the reduction in atmospheric contrails due to less flying. This special situation has piqued the interest of researchers around the world,” said van der Pluijm, a professor of geology and an expert on the societal impacts of geological hazards. 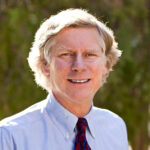 Jonathan Overpeck is an interdisciplinary climate scientist and the Samuel A. Graham Dean of the School for Environment and Sustainability. He is an expert on paleoclimate, climate-vegetation interactions, climate and weather extremes, sea-level rise, the impacts of climate change and options for dealing with it. Overpeck served as a lead author on the authoritative Intergovernmental Panel on Climate Change 2007 and 2014 reports.

“A recent dramatic drop in air pollution in multiple parts of the globe has been observed from space and at street level,” he said. “This drop stems from the rapid reduction in regional fossil fuel burning associated with transport and industrial activities, which in turn is the result of a rapidly slowing economy and whole populations of people isolating themselves at home during the COVID-19 pandemic.

“While it’s important not to trivialize all the human suffering associated with this virus, there are key lessons in the observed drop in pollution levels. First and foremost is the fact that climate-change action will by definition eliminate most of the pollution-causing fossil fuel burning.

“Fifty years after the first Earth Day, it is clear that environment and sustainability challenges are bigger than ever, both in the U.S. and around the planet. We need to use this opportunity to rededicate ourselves to doing more, working harder and ensuring that we leave future generations an environment that is better than the one we inherited. This means stopping climate change before it stops us.” 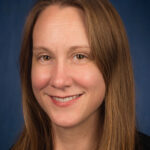 “On the 50th anniversary of Earth Day, it is important for us all to appreciate the complexity and resiliency of our food system,” she said. “The impact of the pandemic is largely a demand issue rather than a supply issue. While concerns about maintaining a healthy workforce may impact some portions of the food supply chain, the pandemic is not expected to greatly influence overall food supply.

“Meanwhile, major environmental challenges such as climate change and water scarcity could have a profound impact on future agricultural production and maintaining a resilient food supply as farmers need to cope with greater uncertainty and operate under more extreme conditions.

“From an individual standpoint, our food choices and consumption behavior are some of the most influential aspects of our personal environmental footprint. Minimizing consumption of foods with a high environmental intensity and being sure to reduce food waste whenever possible will go a long way in reducing our environmental impact.”

Q&A: Grocery shopping during a pandemic 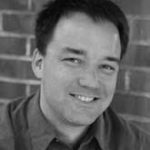 Matt Lassiter, professor of history, is the director of the U-M Environmental Justice HistoryLab and a specialist in 20th century U.S. history, in particular political and urban history. In 2017, he led a research project with undergraduates that created the digital exhibit “Give Earth a Chance: Environmental Activism in Michigan,” which chronicles the first Earth Day movement in 1970 and a number of local, state and national environmental campaigns in the 1960s and early 1970s. The exhibit includes more than 600 digitized archival documents and an archive of video interviews with 10 leaders of U-M’s March 1970 Teach-In on the Environment and of Environmental Action, the group that coordinated the broader Earth Day mobilization.

“The Environmental Action for Survival Teach-In at the University of Michigan in March 1970 and the massive Earth Day mobilization that followed on April 22 played a crucial role in highlighting the principles of ecological sustainability and shifting the mainstream environmental movement toward a greater awareness of the disproportionate impacts of industrial development in urban centers and on marginalized communities—what would later be called environmental justice.

“Earth Day 1970 led to landmark environmental legislation and inspired campaigns across the nation with the message that still resonates today—everything is interconnected, and achieving environmental sustainability requires grassroots mobilization to demand policy change.”

Read Lassiter’s assessment of the history and legacies of Earth Day 1970 in the Washington Post. 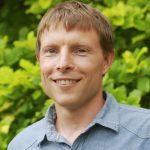 Chris Poulsen, a climatologist and professor in the Department of Earth and Environmental Sciences, studies large-scale climate change through Earth’s history. He can discuss the possible environmental and climate impacts of the COVID-19 pandemic.

“The total impact of COVID-19 on our environment will not be known for some time and will depend on how quickly industrial activities and energy production return to precrisis levels,” said Poulsen, who is associate dean for natural sciences at the College of Literature, Science, and the Arts. “If the crisis turns into a global recession, reductions in carbon emissions could be substantial and might slow the rise of atmospheric CO2 level.

“Economic slowdown and a decline in consumption of goods and services will reduce emissions of carbon dioxide and other greenhouse gases. This happened in China, where industrial output is estimated to have declined by 15% to 40%, leading to a decrease in carbon emissions of about 25% over a four-week period and a 37% decline in nitrous oxide levels. This also happened during the Great Recession of 2007-2013 and contributed to an 11% decrease in fossil fuel CO2 emissions in the United States during that period.” 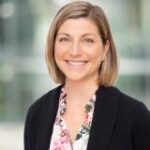 Sara Hughes is an assistant professor at the School for Environment and Sustainability. She studies urban policy and politics, including issues related to safe and affordable drinking water, urban responses to climate change and environmental justice in cities.

“The disproportionate impacts of COVID-19 on Michigan’s African American communities are due, in part, to persistent underinvestment in the infrastructure and resources needed to support healthy, sustainable cities in our state,” she said. “As we approach the 50th anniversary of Earth Day, it is more apparent than ever what is at stake in our recommitment to clean air, clean water, and healthy communities.”

In a paper accepted for publication in the journal Perspectives on Politics, Hughes argues that the Flint water crisis can be traced to policies—including Michigan’s Local Financial Stability and Choice Act, which places cities deemed by the state to be experiencing fiscal distress under the control of a state-appointed emergency manager—that marginalize minority communities, and that other cities are therefore similarly at risk. 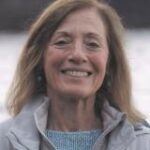 MaryCarol Hunter, a landscape architect and ecologist, is an associate professor at the School for Environment and Sustainability whose current work focuses on the impact of nature experiences on mental wellbeing.

In a study published last year in Frontiers in Psychology, Hunter and her colleagues showed that spending just 20 minutes in nature—even if it’s simply gardening, doing yardwork or sitting quietly in the backyard—can significantly lower stress hormone levels. That finding, which the researchers called a “nature pill,” has special significance now, when most U.S. residents are under stay-at-home orders and people are bombarded with daily updates on the soaring number of COVID-19 cases and deaths.

“In this time of uncertainty, social isolation and adjustment to a different lifestyle, spending time in nature—while maintaining proper social distancing, of course—is one type of antidote for our distress. Exposure to nature has many benefits, including better sleep, reduced inflammation, improved immune function and, key among them, a better state of mental well-being, including stress reduction, the ability to stay focused and the experience of awe.” 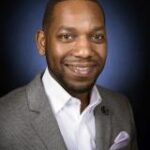 Tony Reames is an assistant professor at the School for Environment and Sustainability and director of U-M’s Urban Energy Justice Lab. He studies energy justice and is currently exploring disparities in residential energy generation, consumption and affordability, with a focus on the production and persistence of inequality by race, class and place.

Reames is also a member of the inaugural Michigan Advisory Council on Environmental Justice, which advises the governor on environmental issues impacting low-income households and people of color. Last month, members of the council urged Michigan Gov. Gretchen Whitmer to order the reconnection of water service to all Michigan residences that have had water services shut off. On March 28, Whitmer issued an executive order requiring statewide water reconnections and establishing a $2 million Water Restart Grant Program to help communities comply.

“It is important that water utilities work closely with community organizations that have been supplying water to disconnected residents for some time, in order to ensure adequate identification of those who need services restored,” Reames said.

“On the 50th anniversary of Earth Day, the persistent environmental disparities that disproportionately impact low-income communities and communities of color are illuminated during the coronavirus pandemic. While we celebrate half a century of environmental strides we must ensure that environmental justice and equity are front and center for the next 50 years.”

A 2017 Urban Energy Justice Lab study of water insecurity in southeast Michigan households found that 84% of low-income residents reported cutting back on monthly expenses to ensure they could make payments on their water and sewer bill. The foregone expenses include housing, medicine and medical/dental care, transportation, fresh fruits and vegetables, and school supplies. 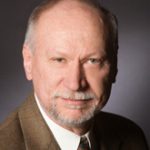 Paul Mohai is a professor at the School for Environment and Sustainability and one of the founders of the U.S. environmental justice movement. He serves on the inaugural Michigan Advisory Council on Environmental Justice, which advises the governor on environmental issues impacting low-income households and people of color.

In addition to other topics, Mohai can discuss a preliminary study led by Harvard researchers that suggests a possible link between long-term exposure to air pollution and COVID-19 deaths.

“The reported links between air pollution concentrations and coronavirus deaths is not good news for people of color, as there is several decades of empirical research demonstrating that people-of-color communities are overburdened by environmental contaminants of a wide variety, including air pollution,” he said. “They also face a myriad of other problems, including water shut-offs, crowding and limited access to healthy foods, health care and other resources that could help them to cope with the COVID-19 outbreak.

“Unfortunately, these conditions are the legacy of a long history of racial discrimination, housing segregation and lack of investment in people-of-color communities. For example, the 2017 Michigan Civil Rights Commission’s report on the Flint Water Crisis provides a detailed racial history of Flint highlighting the outcomes of such discrimination.”